Anthony Bourdain is a legend who cannot be forgotten. And proving this as true is the sale of his collectibles that recently sold for a whopping $1.8 million. Yes, that’s right. The lot of 202 included the late chef’s favorites such as trinkets, clothing, furniture, and several of his prized relics such as his remarkable chef knife that alone roped in a giant $231,250. 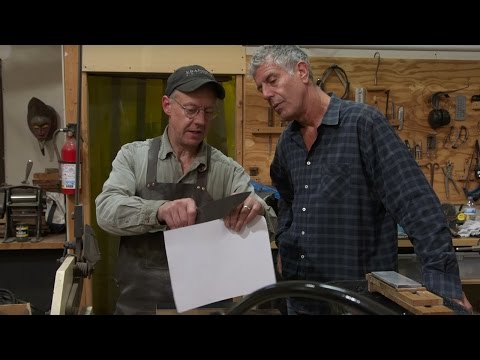 The iconic knife was handmade specially for Bourdain out of meteorite iron by craftsman Bob Kramer. It was also dubbed as “the most awesome knife in the world” by him while he was filming a show called “Raw Craft. The knife is also the only Kramer-made meteorite knife that was sold at a flat rate instead of being put up for auction and has roped in five times its original price at the auction. Other noteworthy items in the sale included Bourdain’s U.S. Navy jacket, a silver Michelin Man sculpture, a Ralph Steadman illustration called Rats in the Kitchen, a duck press (which is exactly what it sounds like), and a signed Simpsons script.

Behold! It took years of waiting. I might have to go back to working brunch shifts to afford it. But I now own a #Kramer knife. Samurai quality, 800 layers of pounded meteorite and steel. I plan on just sitting here gazing at it for a few days before taking it out for a drive. #HattoriHanzo


A significant part of the sale’s earnings will be donated scholarship fund for students at The Culinary Institute of America (CIA). Commenting on which, Tim Ryan, president of the CIA, in a statement said – ‘We are tremendously grateful that such a generous portion of these auction proceeds will support the Anthony Bourdain Legacy Scholarship at The Culinary Institute of America.’ Well, here’s hoping for Bourdain’s legacy to spread on far and wide! 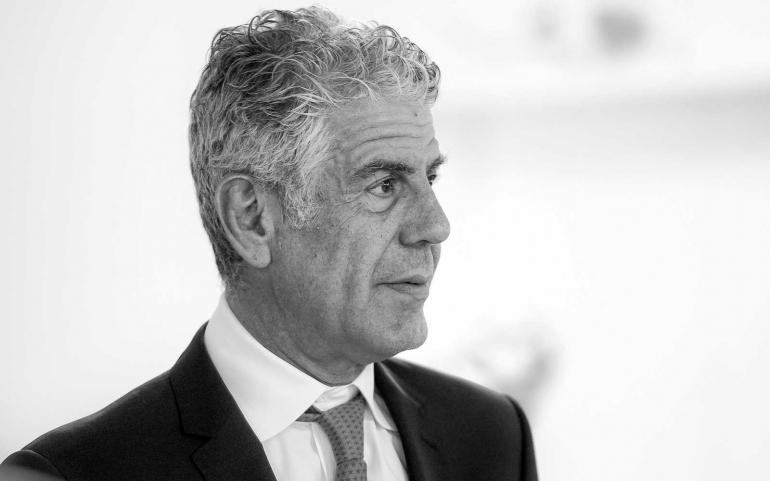