Banksy’s artwork is known to fetch millions. It is of little surprise then that the quirky artist’s latest piece- a painting honoring the British health workers in the pandemic has sold for a whopping $23 million.


Titled ‘Game Changer’, the piece depicts a young boy sitting on the floor playing with a nurse superhero toy, with Batman and Spiderman toy figures lying in a wastepaper basket next to him. It was first featured on a wall at Southampton General Hospital in southern England last year. 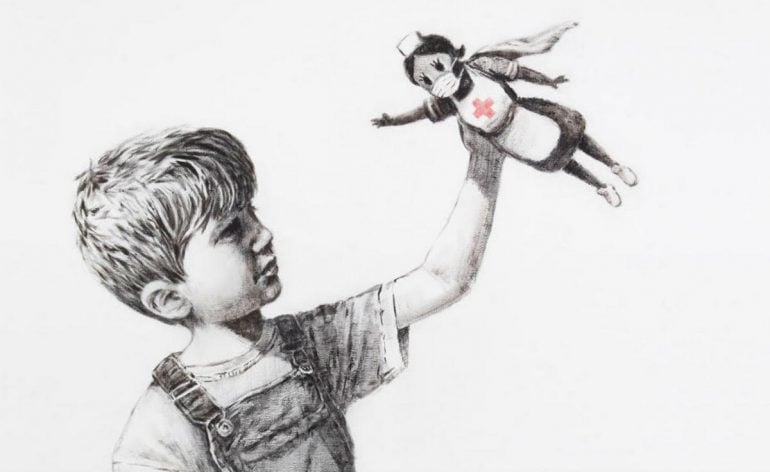 When it first went live, Banksy left a note alongside it that read: “Thanks for all you’re doing. I hope this brightens the place up a bit, even if it’s only black and white.” The painting was sold by Christie’s and has set a world auction record for the artist. 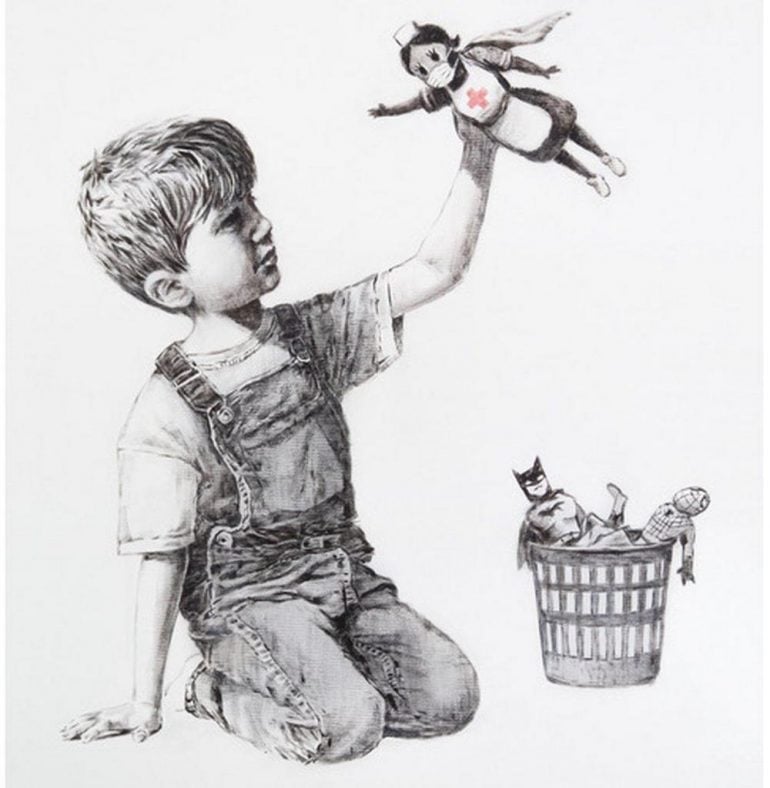 Commenting on it, the auction house said, “Banksy is an extraordinary artist who is a constant barometer of nationwide sentiment,” said Katharine Arnold, who heads the European post-war and contemporary art division at the auction house. “With the perfect image of a little boy playing with his superhero doll, a nurse sporting the international Red Cross, he perfectly captured the essence of this moment in time.”

Proceeds from the sale of the exclusive artwork will go to health organizations and charities across the UK. Well, Game Changer it sure is!