One of the most important manuscripts of the 20th century is coming to auction, all thanks to Britan’s beloved auction house – Christie’s. The revered text on sale is Albert Einstein’s God letter which speaks volumes on the physicist’s belief in religion, his Jewish identity, and his own search for meaning in life. As remarked by Peter Klarnet, Senior Specialist Books & Manuscripts, “Christie’s is honored to present this important Albert Einstein letter at auction as it concerns themes that have been central to human enquiry since the dawn of human consciousness, and it is one of the definitive statements in the Religion vs Science debate.” 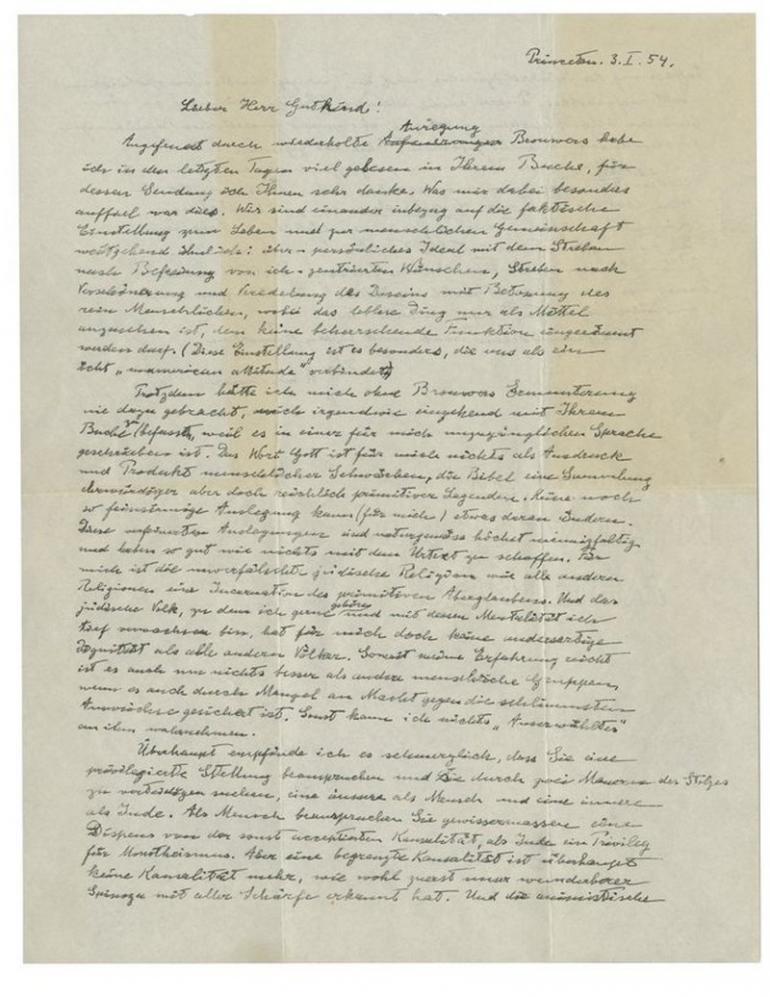 The God Letter as it is so called, is addressed to philosopher Eric Gutkind and is touted to be the most fully articulated expression of Einstein’s religious and philosophical views. The document is said to have been developed in response to Gutkind’s book, Choose Life: The Biblical Call to Revolt, only a year before Enisten’s death in 1955. Some of words from the letter read, “The word God is for me nothing but the expression and product of human weaknesses, the Bible a collection of venerable but still rather primitive legends. No interpretation, no matter how subtle, can (for me) change anything about this.”

Even today, the God Letter is celebrated as Einstein’s clearest and most important expression of his views on God, Religion, and man’s eternal search for meaning. It will be available for public viewing at the Pace Gallery in San Francisco on 25 October, at Christie’s San Francisco Office by appointment on 29-31 October, and to the public again on 1 November and in Christie’s New York galleries ahead of the auction from 30 November to 3 December.

Tags from the story
Christie's, Letters