The Church and the idea of evolution has always kept the scribes and common folk on tenterhooks. Thanks to reports of the Pope making references to Darwinism, the hype behind Darwin and his contrasting views to those of the Vatican are hot topics for debates. In light of this, one wouldn’t be surprised to learn that a letter written by Charles Darwin himself, mentioning his absolute disbelief in the Bible and the New Testament, would fetch anything between $70,000 and $90,000 at an auction. That was just how much the Bonhams auction expected to fetch from the letter. Surprisingly though, the letter was finally sold for a staggering $197,000, setting a new world record.

Darwin’s letter is in response to a message received from one Francis McDermott who wrote to him on November 23, 1880. McDermott’s question was quite clear. An excerpt from his letter to Darwin read. “…If I am to have pleasure in reading your books I must feel that at the end I shall not have lost my faith in the New Testament. My reason in writing to you therefore is to ask you to give me a Yes or No to the question Do you believe in the New Testament….”

Charles Darwin wrote back his crisp response, one that would pit him against the world’s biggest religious institutions. His response read, “Dear Sir, I am sorry to have to inform you that I do not believe in the Bible as a divine revelation & therefore not in Jesus Christ as the son of God. Yours faithfully, Ch. Darwin” The response was worded the very next day.

McDermott promised to keep Darwin’s response away from the public eye, which is why the letter escaped the eyes of scholars for 100 years. 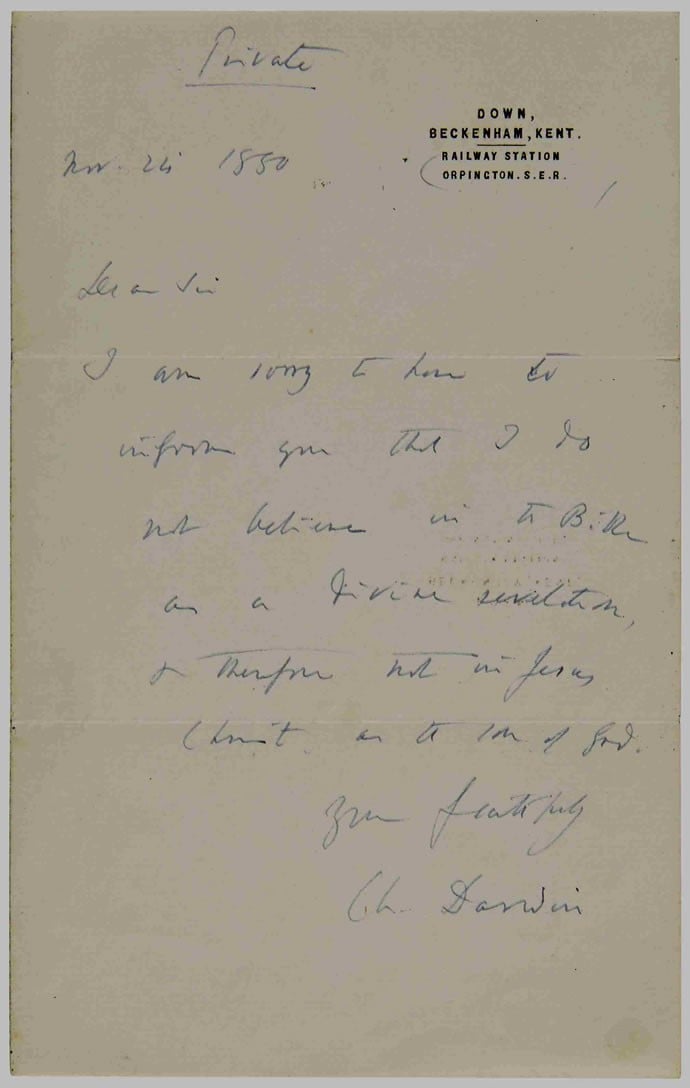 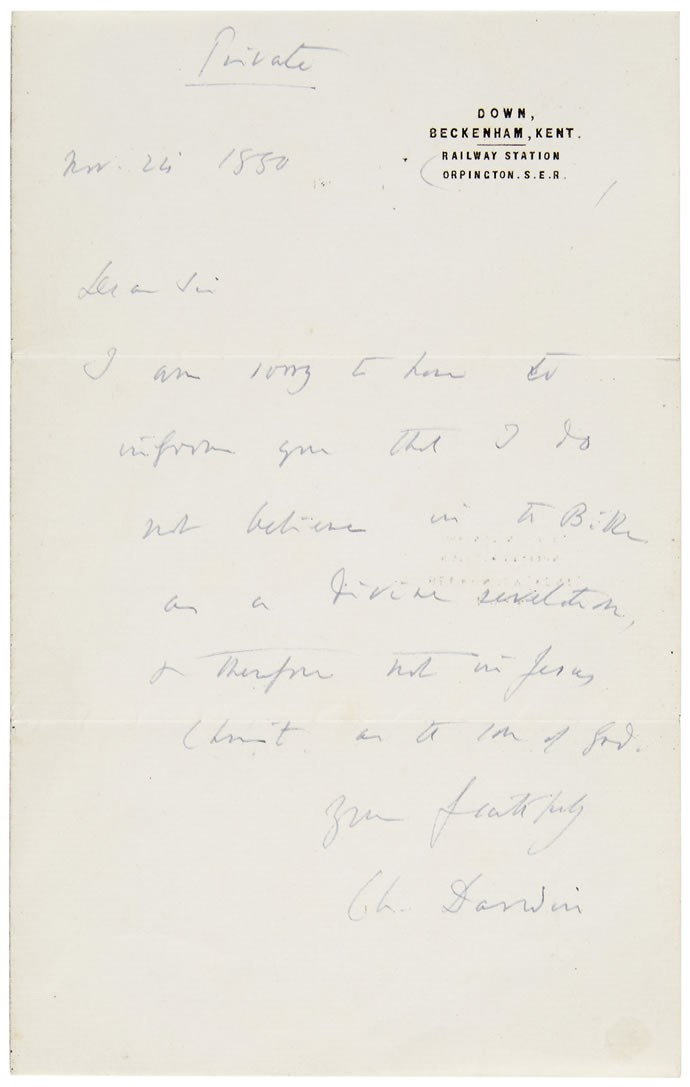 Tags from the story
Bonhams, Letters