Omega goes under the hammer! Four limited-edition Omega Speedmaster Professionals, each the last in their line celebrating the 50th anniversary of the famous chronograph, were sold for almost twice their estimates at an extraordinary charity auction in Berlin last week. Organized by Antiquorum, the world’s leading horological auctioneers, the event took place at the renowned KaDeWe department store where for the third year running Omega are staging an exhibition showcasing some of their most prestigious timepieces. 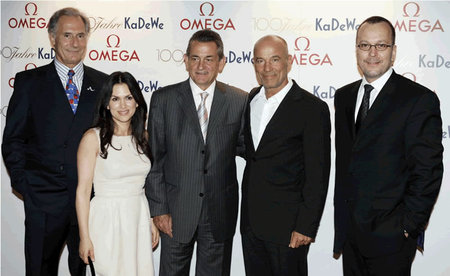