For incongruous collectors and the rare (and slightly creepy) species of Hitler followers, here’s a meaty piece of Nazi for you. Adolf Hitler’s personal blood-red telephone is all set to be sold by Alexander Historical Auctions in Maryland for a whopping $ $300,000 or more! Touted as “virtually unequaled in historical importance”, the phone is currently owned by Ranulf Rayner, who originally inherited the antique from his father – Brigadier Sir Ralph Rayner. 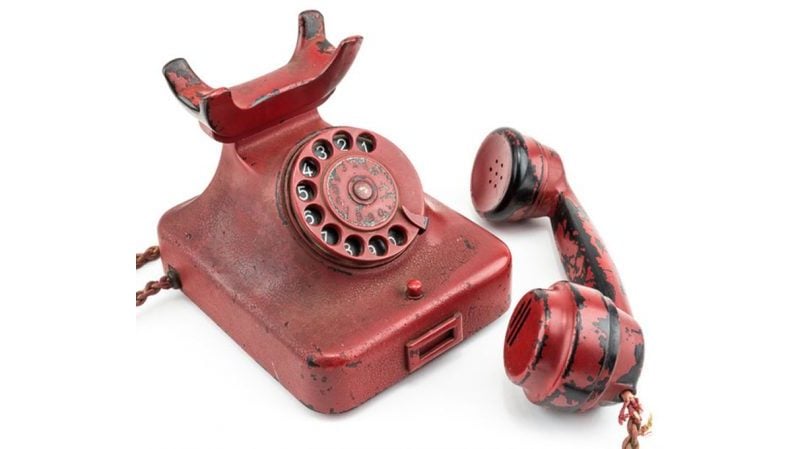 The deadly instrument was used by Hitler for ordering a number of deaths including the final command to set fire to his premises post his infamous suicide. Brigadier Rayner, a proud British office of the time, recovered the phone from the Fuhrer’s British bunker which was later gifted to him by his Russian counterparts. The battered down phone was then carried by him in his suitcase and was kept as a secret until very recently as the officer feared charges for looting back then. The sinister phone is manufactured by Siemens and dons an engraving of Hitler’s name and the infamous swastika even now. 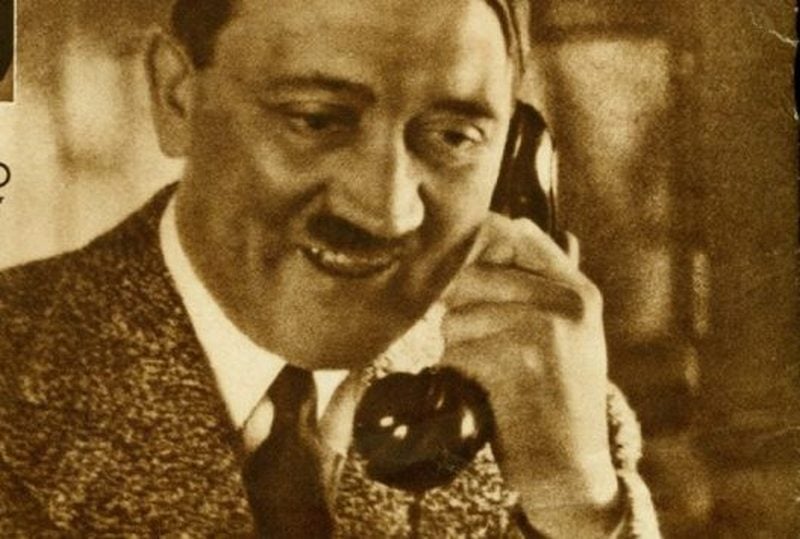 To think of it, this very phone was Hitler’s personal instrument of death and hence owns a very prime spot in history. Rayner, who has also confirmed the telephone’s authenticity with Hitler’s switchboard operator- Rochus Misch, hopes for the ultimate owner to preserve the piece primly while also passing down the associated bygones for the generation to come. If you wish to score this intriguingly gruesome antique for yourself, head to Maryland on the 19th of the month!