On the trail of the news about Antiquorum auction to be held on the 17th of September, we have many more details to break out to you. The watch collectors’ passion is sure to be arson when they look at the rare and classic Matsuda Collection of Patek Philippe wristwatches. Besides the already known minute-repeating platinum wristwatch estimated at $400,000-$600,000, three more wristwatches start up the auction. Another wristwatch is the Patek Philippe wristwatch of Ref 3974, which has a custom-ordered black dial from Patek Phillippe, featuring a perpetual calendar, leap year indication, and moon phases, estimated to be worth $450,000-$650,000.

Then we have the Patek Philippe Ref 5013, which is a beautiful tonneau shaped, minute repeating, astronomic, self-winding, platinum gentleman’s wristwatch, besides all the features of the former wristwatch. The watch is estimated at $450,000-$650,000. Patek Philippe Ref 5016 is another rare and important watch that features one-minute tourbillon regulator, retrograde perpetual calendar and moon phases. The wristwatch has an estimate price of $450,000- $650,000. 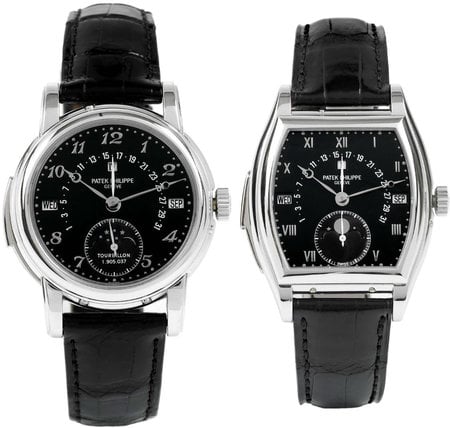