At Sotheby’s recently concluded Hong Kong watch auction, a unique Rolex “Zenith” Daytona with a platinum case and a turquoise mineral-stone dial sold for a whopping $3.1 million. The platinum Rolex Daytona is one of just five known and just about matched the final sale price of the unique platinum Daytona with a lapis lazuli dial that fetched a record-breaking $3.27 million at Sotheby’s last year. The auction house states that ultra-rare watch is one of just five “Zenith” examples that former Rolex chief executive Patrick Heiniger had made in 1998. It is believed that the five Daytonas in platinum were produced as a trial run for dials made of exotic materials, and Heiniger gifted four examples to important business partners while keeping the final watch for himself. What makes the particular Rolex truly special is its turquoise stone dial, as the material has never been used before in the Daytona. 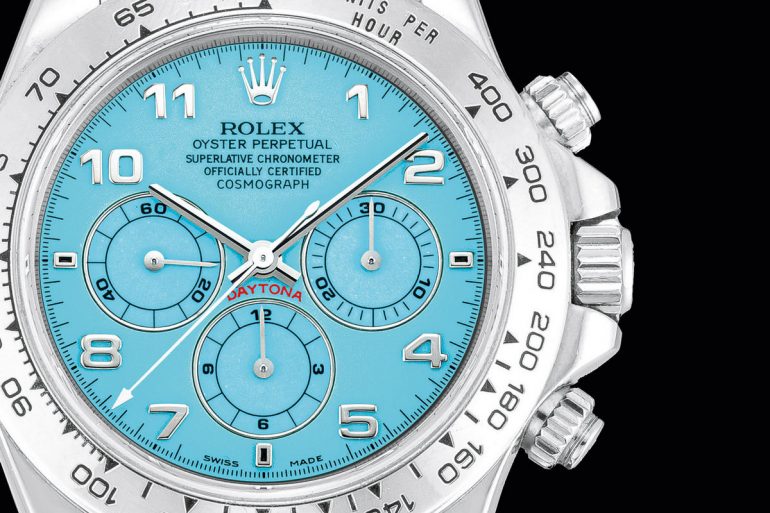 The Rolex gets its nickname “Zenith” from its movement. All five watches are powered by the Rolex cal. 4030 that’s based on the Zenith El Premiro movement and also share the same model reference 16516. It was in 2000 when Rolex replaced this automatic movement with its own in-house automatic chronograph movement. The exotic turquoise dial that almost appears to glow under direct light beautifully compliments the 40mm platinum case and the brown leather strap. Sotheby’s has originally estimated the unique Rolex to sell for between $512,800 – $1,025,600, but it surpassed all expectations and ended up selling six times over its pre-sale low estimate. 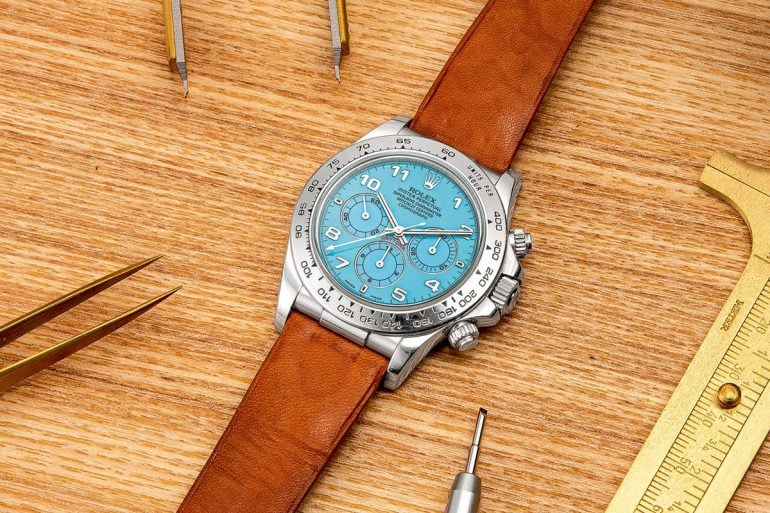 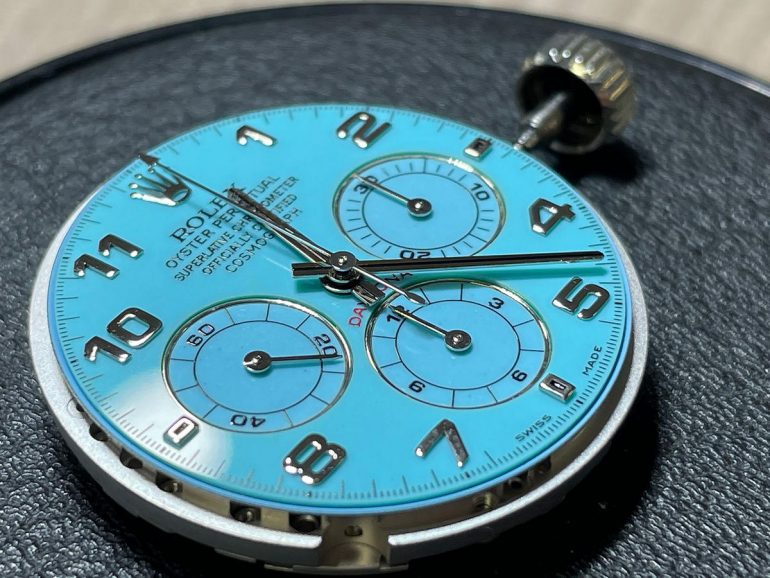 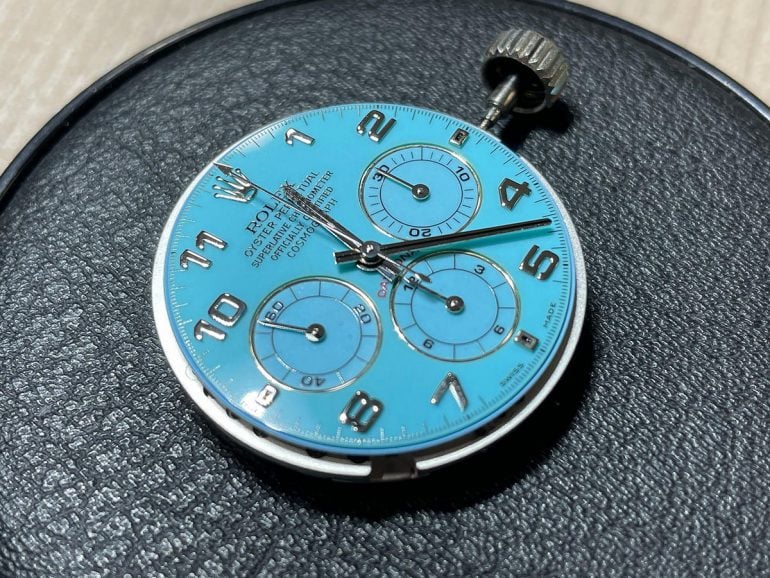 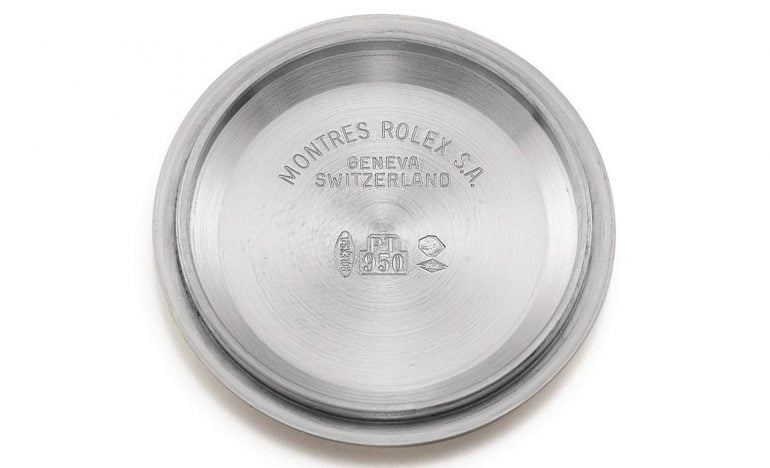 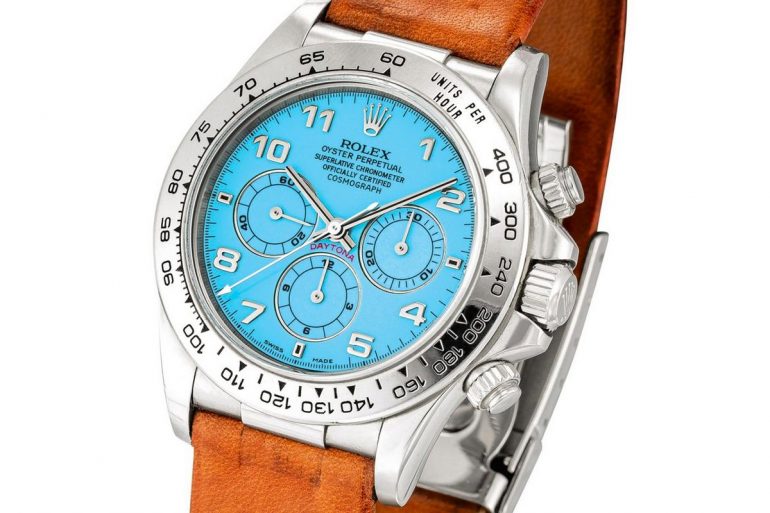 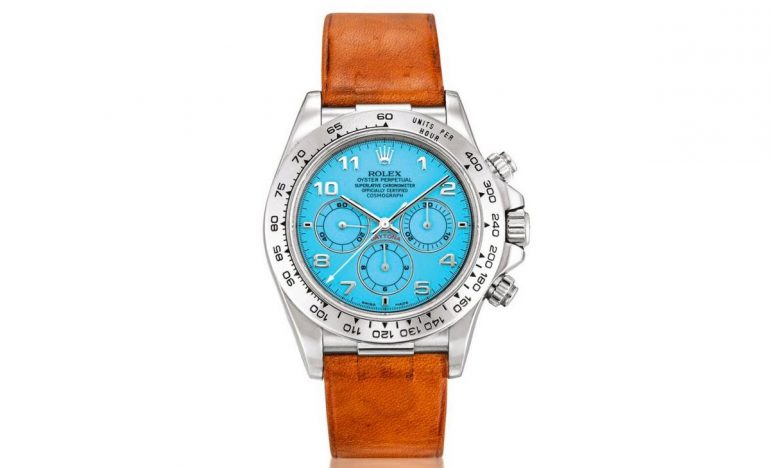 Tags from the story
Platinum, Rolex