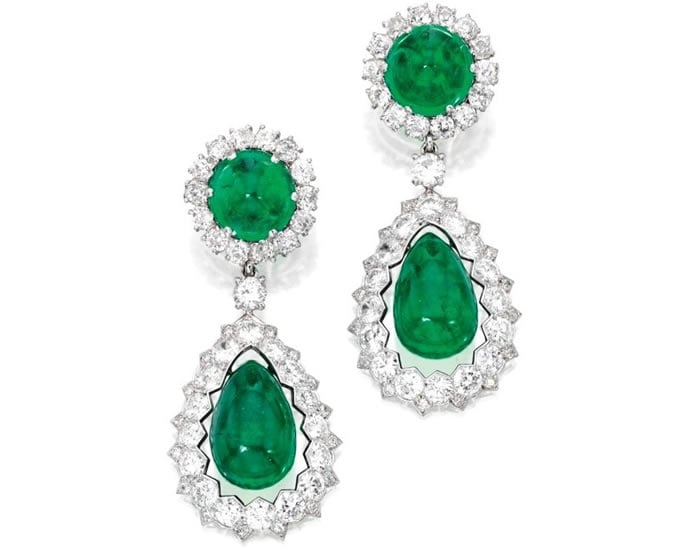 The auction opened with a necklace that belonged to Helen Hay- a wedding present she received when she married Payne Whitney in 1902. The platinum-topped gold necklace featuring 4 diamonds of 7.48, 15.53, 13.08 and 8.91 carats respectively, sold for nearly $3.2 million. All seven jewels belonging to Helen Hay sold for $4.8 million. 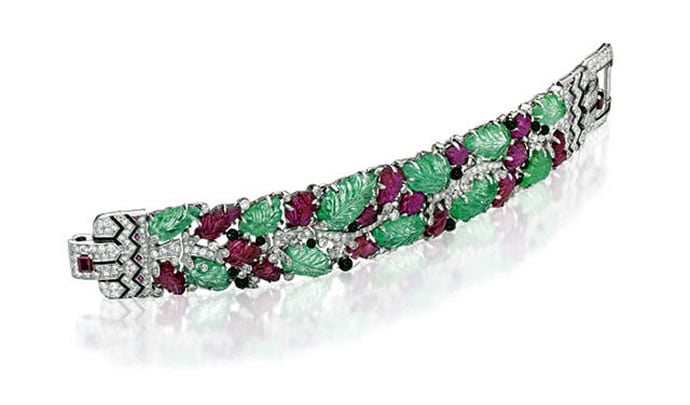 Jewels from the Lauder collection, including pieces owned by Estée and Evelyn sold for $3.9 million. 32 of the latter’s jewels were sold to aid the Breast Cancer Research Foundation starting with a Cartier Tutti Fruity bracelet from 1928, that sold for over $2.1 million. The sale set a new auction record- the highest value ever for a Cartier Tutti Fruity bracelet. 10 pieces were sold from Estée Lauder’s collection to benefit the Alzheimer’s Drug Discovery Foundation. The beauty legend’s Van Cleef and Arpels brown-yellow diamond and diamond earclips fetched $233,000. 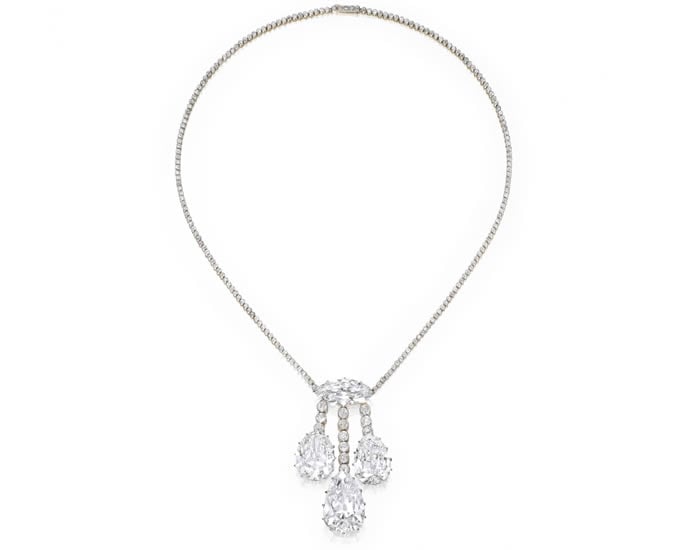 A set of platinum, emerald and diamond pendant-earclips that once belonged to the Grand Duchess Vladimir of Russia sold for more than $1 million. Hollywood star Marlene Dietrich’s 14k tri-color gold and lapis lazuli bracelet by Cartier – circa 1940- sold for $179,000, an amount that was almost six times the estimates provided.

Tags from the story
Cartier, Sotheby's