The iconic 1970 Porsche 917K race cars used in the filming of Steve McQueen’s “Le Mans” will be up for grabs at RM Sotheby’s auction this summer. The Porsche 917 is one of the most celebrated race cars of all time. Before this 917 race car started in the famous Hollywood movie, it raced in the 1970 24 Hours of Le Mans, where Porsche earned its first overall win thanks to the dominance of 917. However, this particular race car with chassis no #917-024 couldn’t manage to complete the race as it ended up crashing in the wet after completing 43 laps. In 1971, the car was rebuilt by Porsche went on to star alongside McQueen in the movie. It was later re-bodied as a 917 Spyder and entered in the European InterSerie Championship as a Group 7 car. The Porsche race car was retired from racing in 1974 and eventually restored to its original Le Mans specification.

“The current gentleman owner acquired the Porsche in Spyder form over a decade ago and has since fully restored the car, returning it to its original and seminal, Gulf-liveried Le Mans coupe specification,” the listing states. “The restoration was executed without regard to cost, and the results are impressive in every sensory regard, from the stunning design and livery to the unmistakable symphony of the boxer-engined 12 cylinders at full revs.” The process was undertaken by renowned European racing car restorer Paul Lanzant, and the Porsche 917K looks are in stunning condition. This iconic piece of automotive history will cross the block at RM Sotheby’s auction scheduled to take place from August 13 to 14 in Monterey, California. The auction house estimates this example could sell for between $16 million and $18.5 million. 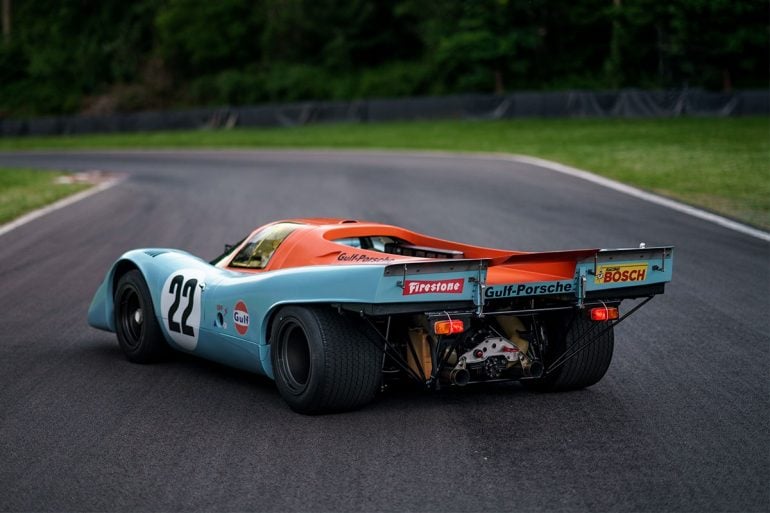 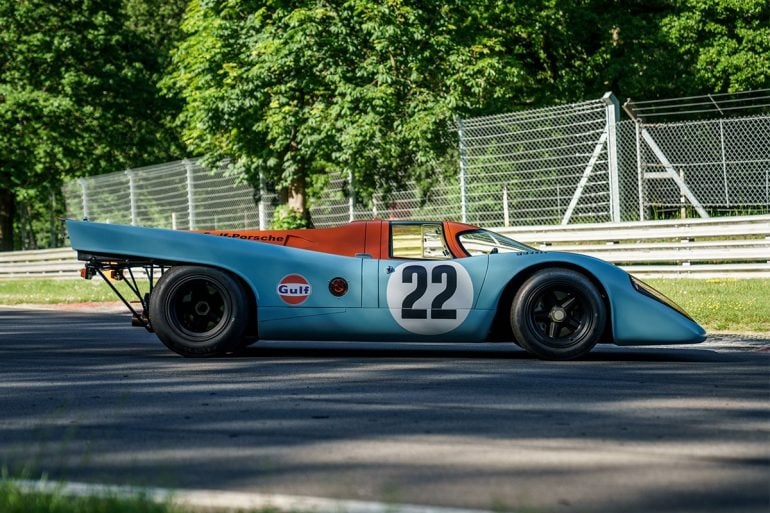 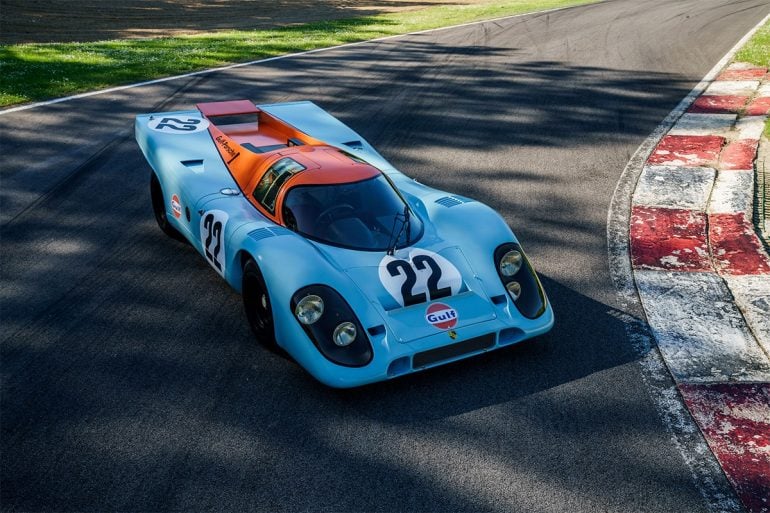 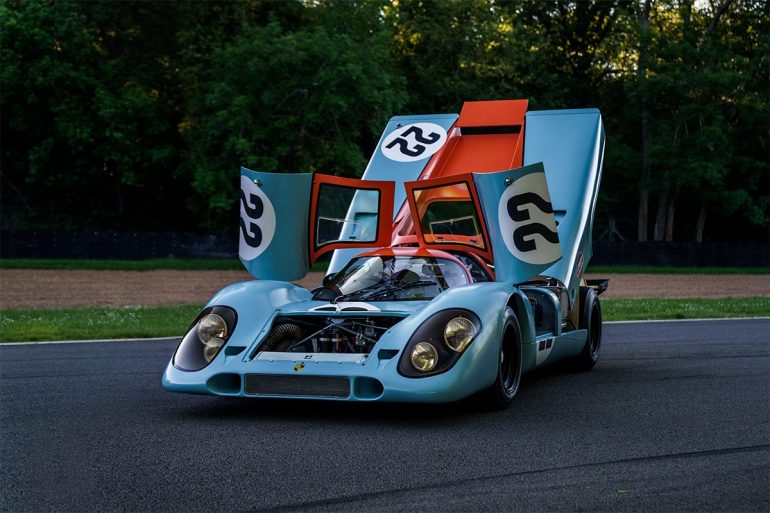 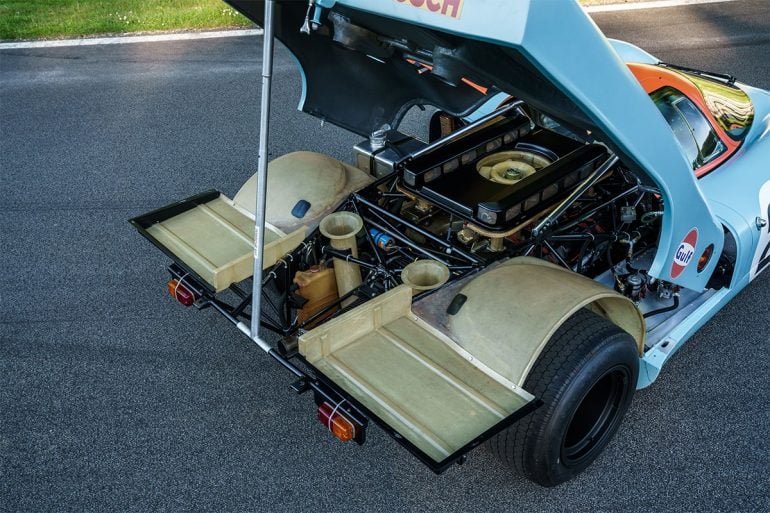 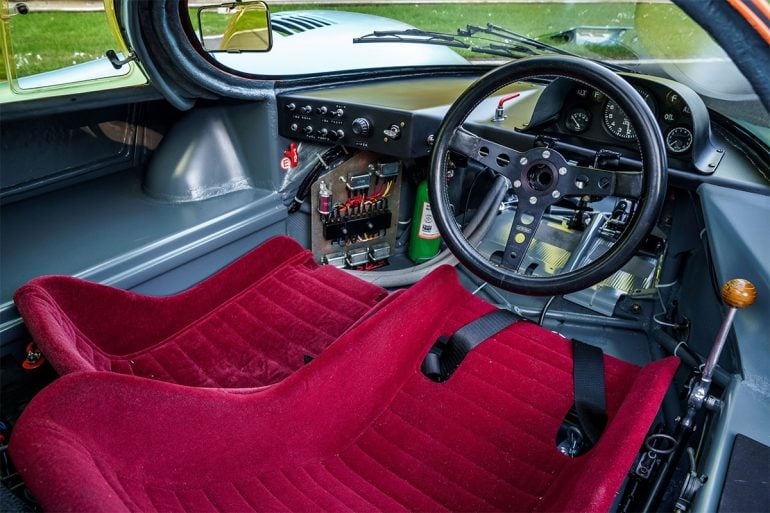 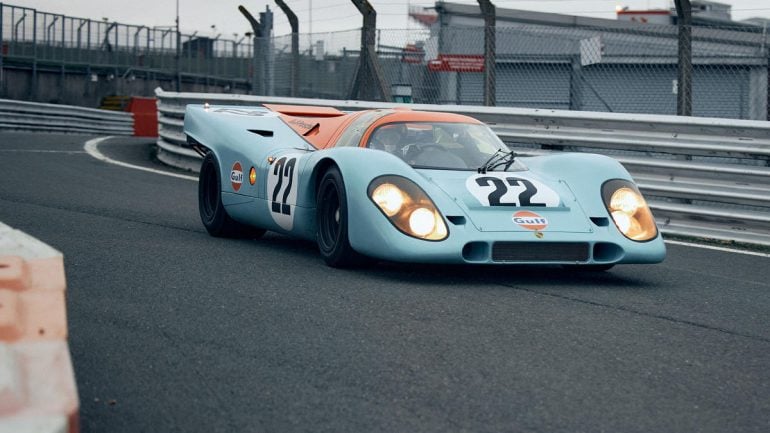 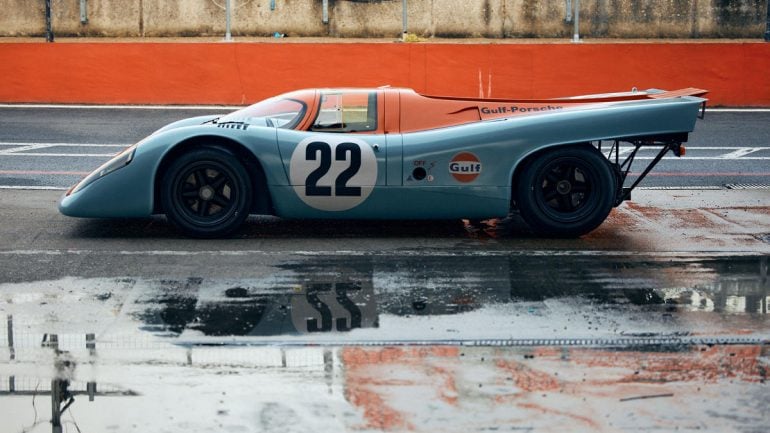 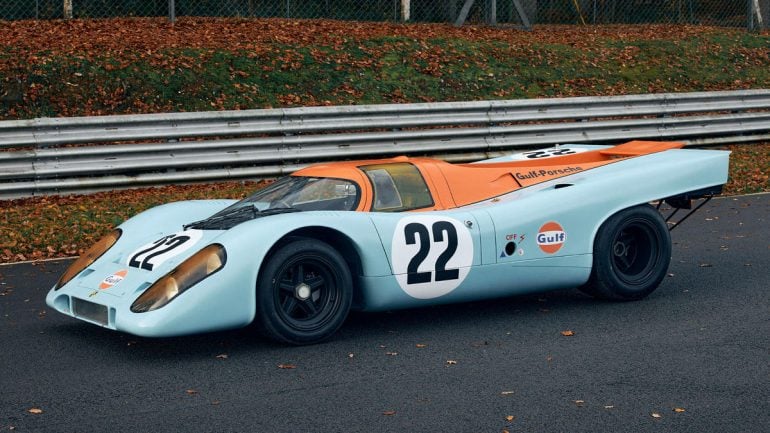