While it’s best to say no to violence, you can’t ignore ammunition that once belonged to stalwarts such as former President Theodore Roosevelt. In line with this, a gun owned by him was recently sold for nearly $1 million. Yes, that’s right! The iconic Smith & Wesson New Model No. 3 Single Action Revolver sold for $910,625 at Rock Island Auction Company’s December Premier Auction. Its estimated price ranged between $800,000 to $1.4 million, as per reports. Despite being a century old, the gun is said to be in ‘fantastic condition’. Commenting on it, Joel Kolander, interactive production manager for the company said, “We’re thrilled any time a gun approaches that million-dollar mark. A few years ago, that was almost unthinkable, so firearms as a collecting genre have really come a long way.” 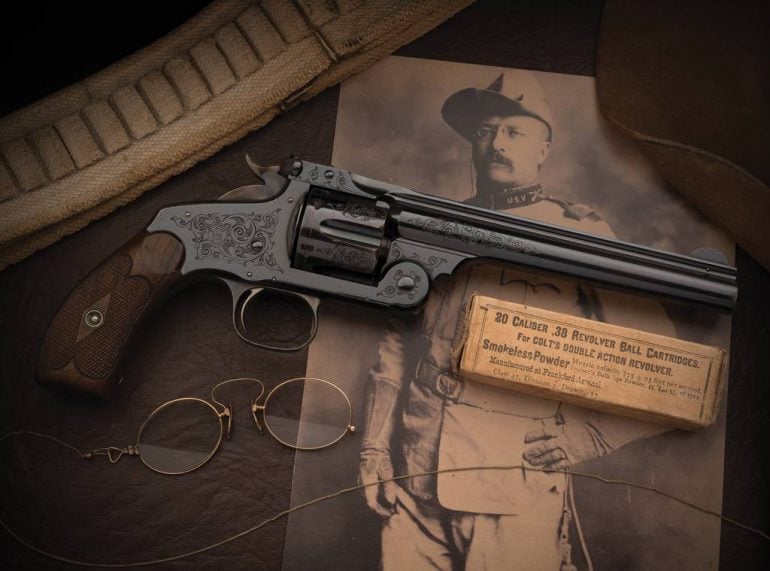 The .38 Long Colt-chambered No. 3 single-action revolver was presented to then-Col. Roosevelt on May 12, 1898. After his death, it was apparently passed down by his family to Roosevelt’s valet James Amos, who then turned it over to his family before it landed with Jim Supica, the museum director for the National Rifle Association.

In addition to the revolver, the auction also sold an Ames-inscribed presentation sword and scabbard designed for Confederate Brigadier Gen. Paul J. Semmes for a little over $175,000. Further, the weekend-long sale wrapped up with a total volume of more than $18.3 million.