Princess Diana is iconic, john Travolta is iconic and Princess Diana’s fashion is probably as iconic as both of them combined. Why are we talking about them? Because her most-loved look which she sported at the white house and danced with the legendary grease actor, who is to dance as the royal is to fashion, is up for grabs. The Princess of Wales wowed the world and the cosmos of Hollywood when she wore the Victor Edelstein blue velvet evening gown at the state dinner in 1985. This was one of her most celebrated looks and seeing that she wore it to at least four other major occasions, including a state visit to Austria in 1986 and a night at the Royal Opera House in 1991 and for her portrait by Lord Snowden in 1997 makes it evident it was one of her favorites too. The famous dress, in March 2013, was sold for £240,000 to a British man, who reportedly bought it as a gift to cheer up his wife. It is being sold again with Kerry Taylor Auctions, of London, who have given it a pre-sale estimate of £350,000 ($453,800). 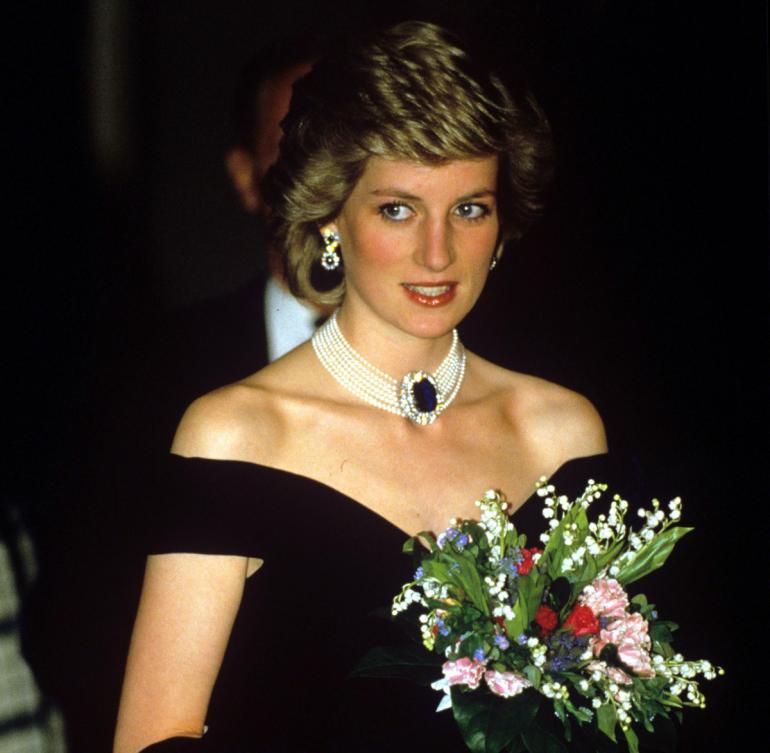 It was expected of the royal princess to always dress demurely. But this gown was far from it with off the shoulder straps, a diagonally draped velvet skirt that hugged her tightly around the knee with a bow to one side then flares out into a broad flounce above layered tulle petticoats. Considering Diana’s appeal this one will still have many takers; a lot of wives and girlfriends to be made happier in this sad world. Keep in mind she paired her off-the-shoulder velvet gown with a sapphire, diamond and pearl choker necklace and sapphire and diamond earrings. You may want to consider buying those too.

Tags from the story
Princess-Diana