What would you give to be in Michael Jordan’s shoes? We aren’t inviting you to a game of basketball; this post is literally about the legend’s shoes. Michael Jordan’s fans please ready your wallets as his signature Air Jordan shoes from 1985 are going up for auction. Sotheby’s, better known for auctioning possessions such as highly-prized collectibles, multi-million-dollar Monets, and Van Cleef and Arpel jewels, is now going to be selling sneakers (albeit as highly-priced as a piece of jewelry). Eight years after Jordan Geller bought the pair in an auction and made it the crowning glory of his shoe museum named ShoeZeum, the Jordans are going up for sale for an estimated price of $100,000 to $150,000. It may surprise you to learn that sneaker collection and selling has become a massive business with private investors spending millions on it. It won’t be a complete shock if sneakers manage to carve out a status similar to watches. Last year, Nike’s “Moon Shoes” were most expensive sneaker ever sold at an auction hosted by Sotheby’s for $437,500. However this year, Jordans will steal the title of the most expensive shoes ever as not only are they the vintage versions of the most iconic shoe on the planet, they have been worn and loved by an icon, Michael Jordan in the truest sense of the term. What further amps the price for the pair is how the mid-top sneaker design was exclusive to Jordan and no other AJ1 came with red laces and the material is different, too. 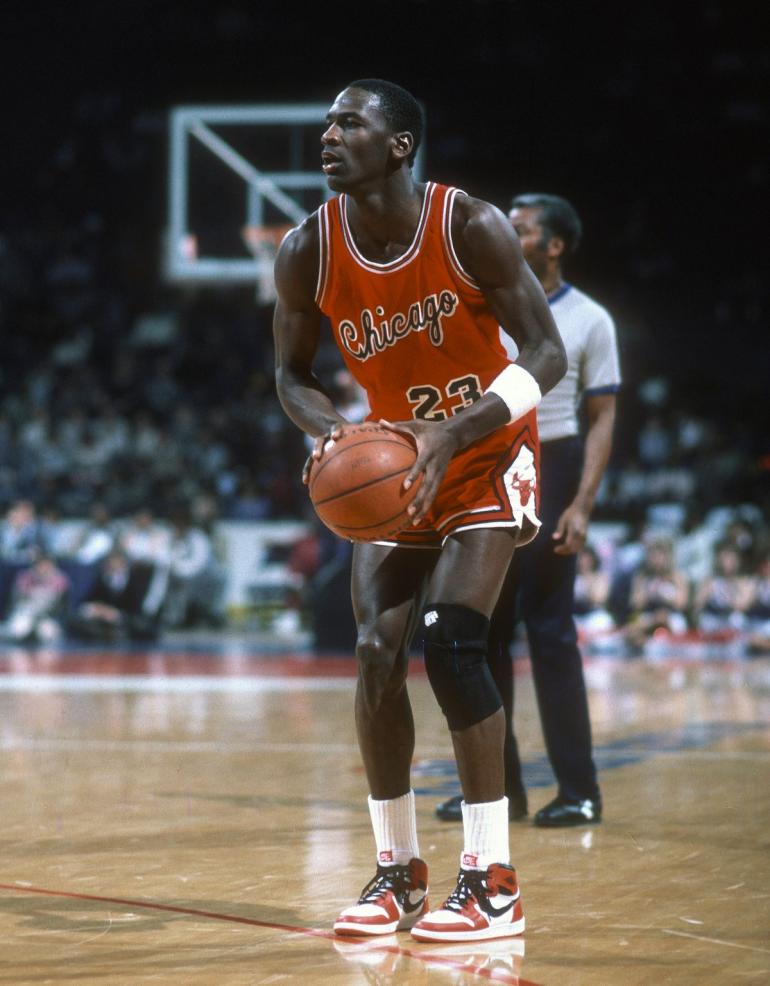 If you still aren’t convinced that these Air Jordan shoes deserve to go under the hammer for $150,000, then you should know the right shoe features Jordan’s signature in permanent marker. 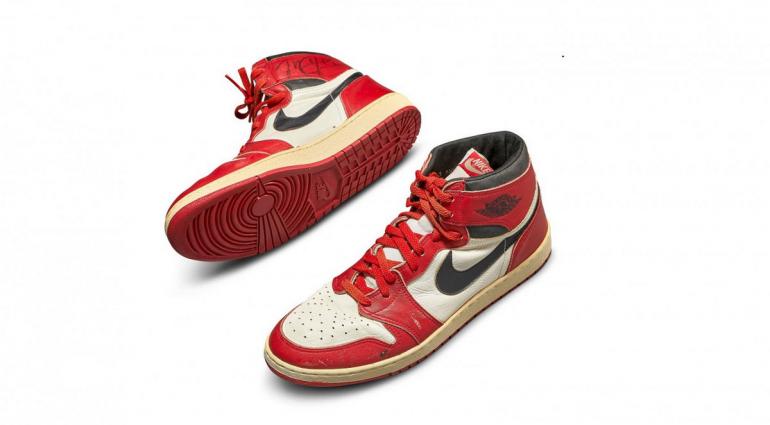 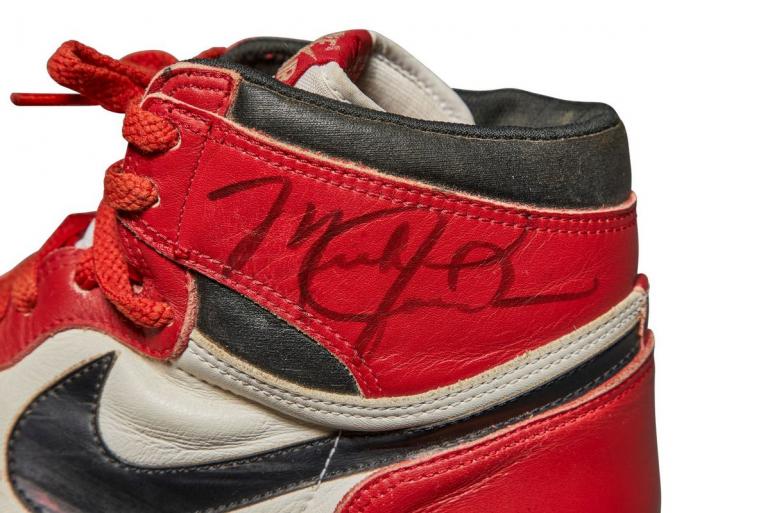