Dr. No was the film that launched the James Bond saga, and along with it, immortalized several factors like Agent 007 Sean Connery, Ursula Andress as Honey Ryder in the 1962 movie. More than anything, the movie gave the world the most famous bikini of all time and an iconic moment in cinematic and fashion history. Andress, who played beachcomber Honey Ryder, as the first-ever ‘Bond Girl,’ changed the future of all Bond Girls and their sultry bikinis with a single scene that featured her emerging from the ocean in the bikini, holding a seashell and with a scabbard belted to her hips. The ivory-colored bikini worn by Ursula can now belong to another temptress as it is up for auction in Los Angeles with an estimated price of up to $500,000. Brian Chanes, head of acquisitions at Profiles in History, said, “It is regarded as the most famous bikini in the world. It’s one of the most memorable scenes in the entire Bond franchise. It helped bikinis become more mainstream, and it started the whole Bond girl phenomenon.” Andress designed the bikini in conjunction with the film’s director, Terence Young, and costume designer Tessa Prendergast. It was the only one made and holds a special place in the actresses’ heart. She said, “This bikini made me into a success. As a result of starring in ‘Dr.No’ as the first Bond girl, I was given the freedom to take my pick of future roles and to become financially independent”. 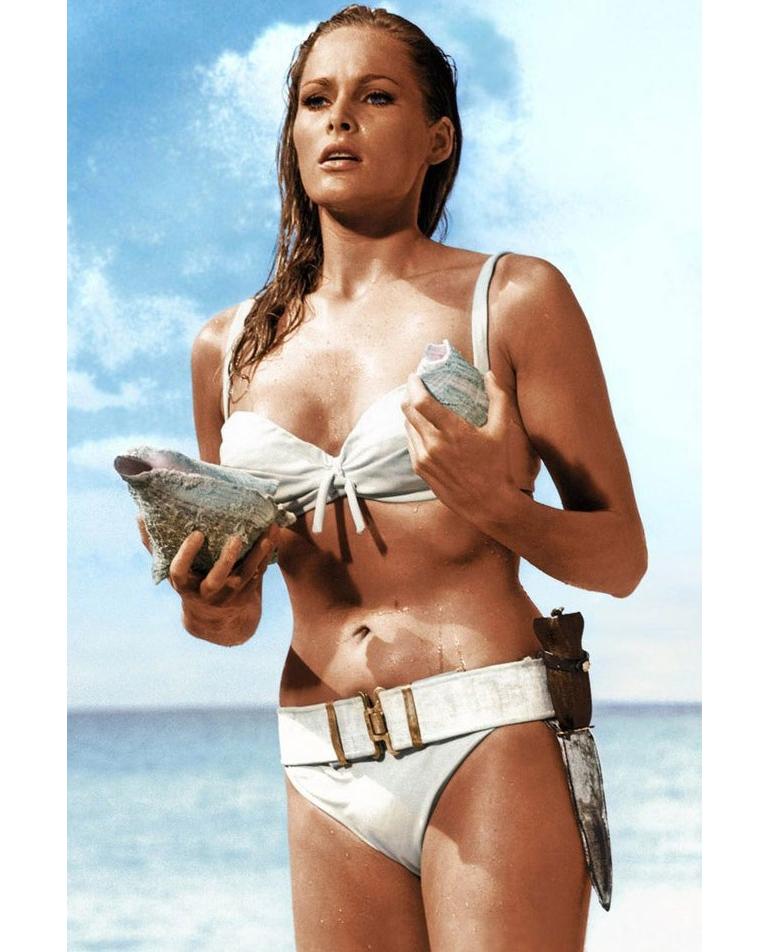 Interestingly, Andress herself first sold the bikini on February 14, 2001, for almost $150,000 in an auction hosted by Christie’s. The legendary bikini continues to make hearts skip a beat and is one of the most sought-after items from the Bond movies with an estimated price of up to $500,000. The auction will take place online and in Los Angeles on Nov 12-13.