Doing fine work for the Doolittles, an organic architect’s camouflaging den is taking up some well-deserved limelight. Saying so, I am no huge fan of it, but you have got to hand it down for the uniqueness that reeks off this desert home which is now up for sale for $3 million. Why, you may wonder, the high price. Because this is a home like no other you have seen. It is a ribbed cage structure, hidden amidst a rocky terrain, within a 10-acre stretch owned by the Doolittles. The couple, artist Beverly and her husband Jay, moved into this house in the early 2000s but has now decided to move to Utah in a less extravagant and toned-down habitat.

The work was commissioned to architect Kendrick Bangs Kellogg (who is now 79) in the late 80s after the couple were amused seeing him jump around the rocks like a mountain goat. Work start in 1988, using concrete steel, glass and copper. In 1993 the house was built but interior designer John Vugrin came in for some tweaks. It has 26 columns fanning out of its roof which look like wings. The aerial view gives it a ribcage look, only more erratic than in the neat order of a human ribcage. If the Star Wars were for real, Princess Leia could easily fit into such a home, or maybe even Indiana Jones after his adventure in the jungles of Kadu. But it’s amazing that such an interesting home has remained under the sheets for this long. Start bidding already! 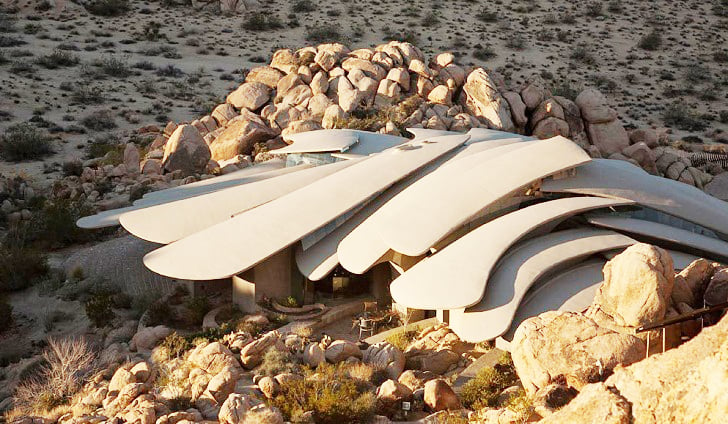