For the longest time, front row seats were all about the likes of Anna Wintour and local celebrities (unless you’re paying a Rihanna, for so much as an appearance). But come fashion week 2015, they’ll be all about you and me. Okay not so much about me. More about you, but at a handsome fee. All of this is happening at Milan fashion week.

The Fendi, Prada and Giorgio Armani shows at Milan in February are opening their doors to the deep-pocketed public. If that’s all you needed to know, you can participate in the auction that is closing July 26th. Yes, this July 26th, that’s tomorrow. And here’s what you will get- 2 Exclusive Front Row Seats with Backstage Access at the Fendi Women’s Fall/Winter 2015/2016 Fashion Show, 2 Seats for the Fall/Winter 2015 Giorgio Armani Ready-to-Wear Show, 2 Exclusive Front Row Seats at the Prada Women’s Fall/Winter 2015 Fashion Show in Milan next February 2015. 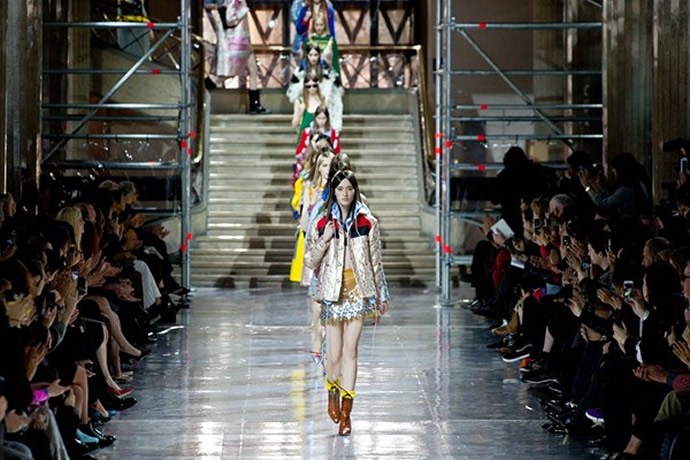 Bids started at $25,000 but interested buyers also have the option of skipping the auction and purchasing the package for $95,000 directly from Artsy. Before you say anything, we might’ve been a little outraged at the extravagance as well. That is, until we found all proceeds go to Watermill Center, an art facility. Milan not your scene? Well, then Paris could be. Bids for the Miu Miu show in Paris next March start at $10,000 only.

Tags from the story
Fashion-Show