There’s nothing more opulent than a rare uncut stone. Well, if you agree likewise, move your eyes over to this rare beauty! We’re talking about a spectacular ruby stone that was recently displayed in Dubai for the very first time, days before its auction. 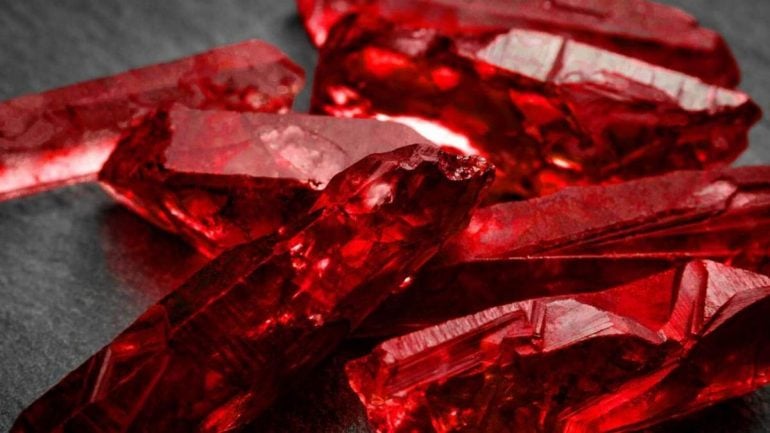 Christened Burj Alhamal, the 8,400-carat stone weighs 2.8 kilograms (over six pounds). It was apparently mined in Tanzania and kept off the public eye since then. The rare gem made its debut appearance at a Dubai hotel on Friday (April 15, 2022) as part of SJ Gold and Diamond’s Callisto collection.

Commenting on it, Patrick Bellati, General Manager at SJ Gold & Diamond, said: “For the first time, we are displaying the gem of the collection in public, and the unveiling of this unique stone to the public is an affirmation of our approach to continuing to bring the most important rare stones around the world to the UAE.”

Dubbed as “one of the biggest” rough rubies in the world and the “rarest rubies ever found,” the stone bears significance as “it has not been treated, so it’s natural, and that’s why it’s precious.” It is estimated to value at over $120 million, making it one of the priciest gems out there.

As per reports, the Burj Alhamal will be displayed at different locations in Dubai for the next 30 days before going to auction after the end of the month of Ramadan. Care to get this beauty home?