An X-Wing Fighter used in George Lucas’ 1977 Star Wars: A New Hope recently sold for $2.3 million at auction. Wikipedia describes the X-Wing fighter as a fictional spacecraft manufactured by the Incom Corporation named after s s-foils (wings) in attack position. In the movie, the spaceship was piloted by Luke Skywalker and the Red Squadron when Luke destroyed the Death Star. The screen-matched Red Leader X-Wing miniature model created by Industrial Light & Magic was estimated to go for $500,000 to $1 million. While most models have suffered a similar fate and were destroyed by pyrotechnics in the film, the model put up for auction by Propstore was well-preserved over the decades. The four-day auction featured 1,800 lots from over 600 different titles and is expected to raise over $9 million.

The winner definitely stayed on target with this one!


Forbes shared, “The X-Wing is a fantastic piece of Star Wars history that has never been auctioned before,” enthused Brandon Alinger, Propstore’s COO. “One of the greatest things about Star Wars is the strong design aesthetic that comes through in every frame of the film. The X-wing is a key example of that and is certainly the most memorable spacecraft in the film alongside the Millennium Falcon.” 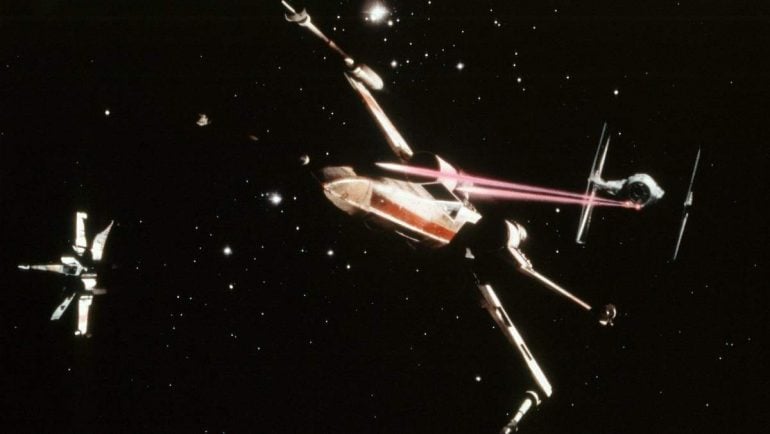 “The X-wing models were a concept directly from George Lucas, who was thinking about long-bodied dragsters with wings. They were entirely custom fabricated by a team of expert model makers from the film. What makes this one so wonderful is that it is from the original Star Wars and is the only intact, fully-finished X-wing model from the film’s production that is known to exist today amongst private collectors.”

Alinger added, “It is also extremely well documented. The model screen-matches to a specific ‘pyro’ shot of an explosion going off on Red Leader’s engine in the film. Several behind-the-scenes photos taken at Industrial Light and Magic exist that show the model extremely well. Every scratch and airbrush mark in the paintwork can be matched up exactly to those images from 1976.”

Tags from the story
Hollywood-Memorabilia, Star-Wars