If you thought architecture had reached all its bounds, you might be wrong! With the ingenious design of the Crown House, Jorge Luis Veliz Quintana is here to prove that creativity is indeed limitless and that his designs are nothing short of awe-inspiring! 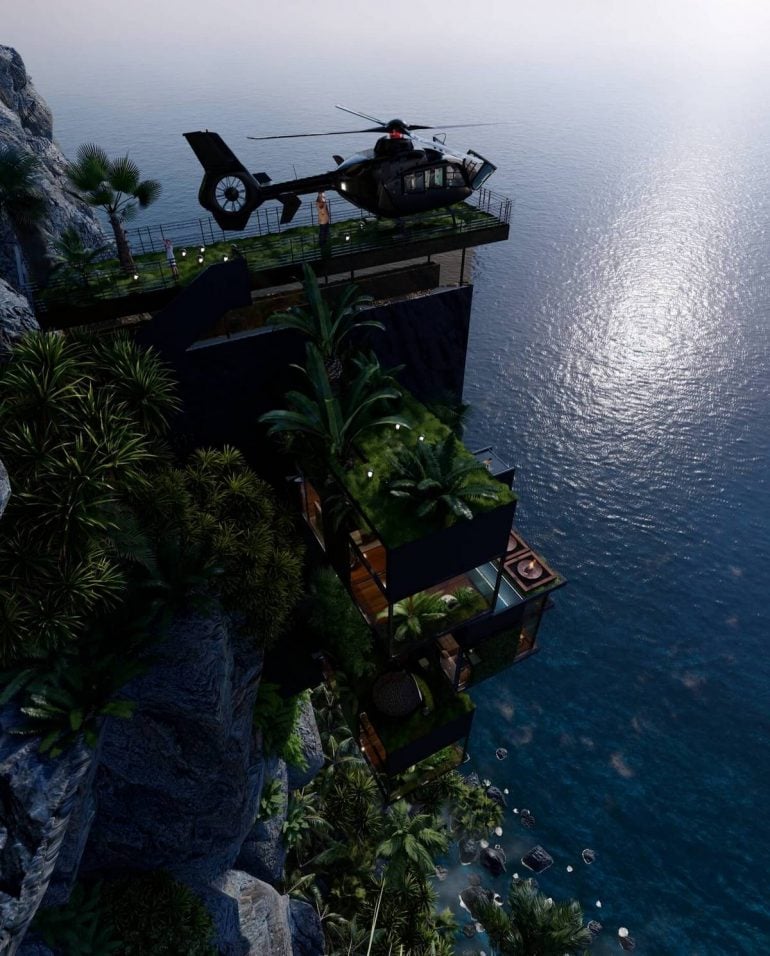 A concept design in Cuba, the Crown House is tied to a rock and constructed such as to embed in nature with zero resistance. Fused into stone with steel and reinforced concrete, the structure looks outwardly as much as it appears to be authentic. 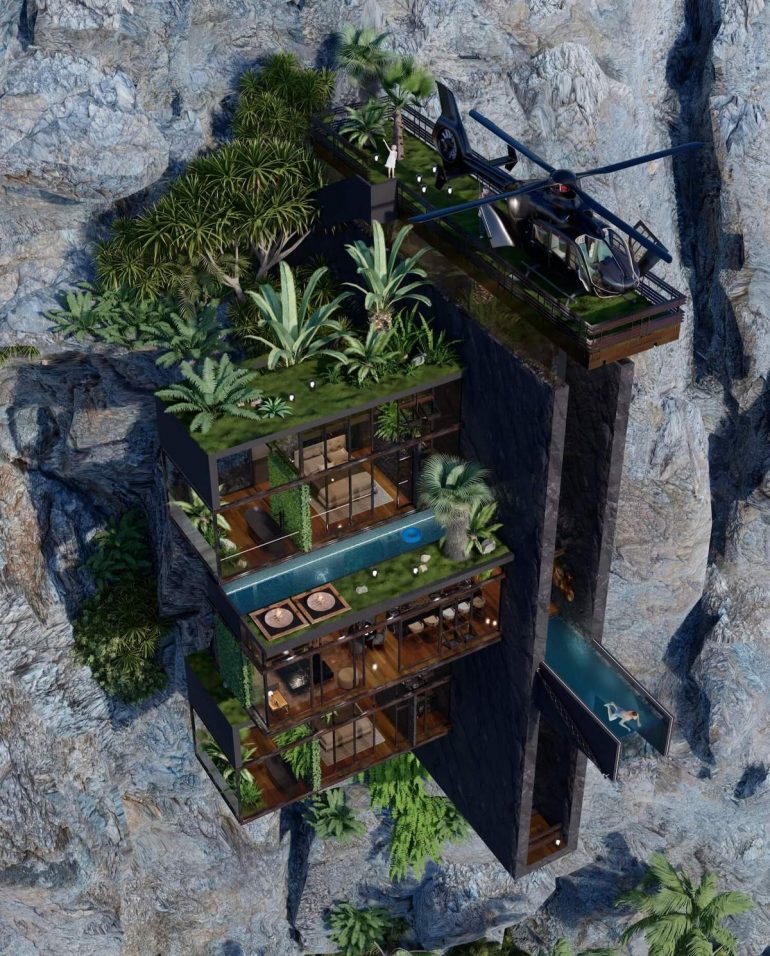 Designed to provide breath-taking views of nature, the house features floor-to-ceiling windows that bring in panoramic ocean views and the breeze from the coast. They further extend to a cantilevered pool that appears to be built right at the edge of the cliff. 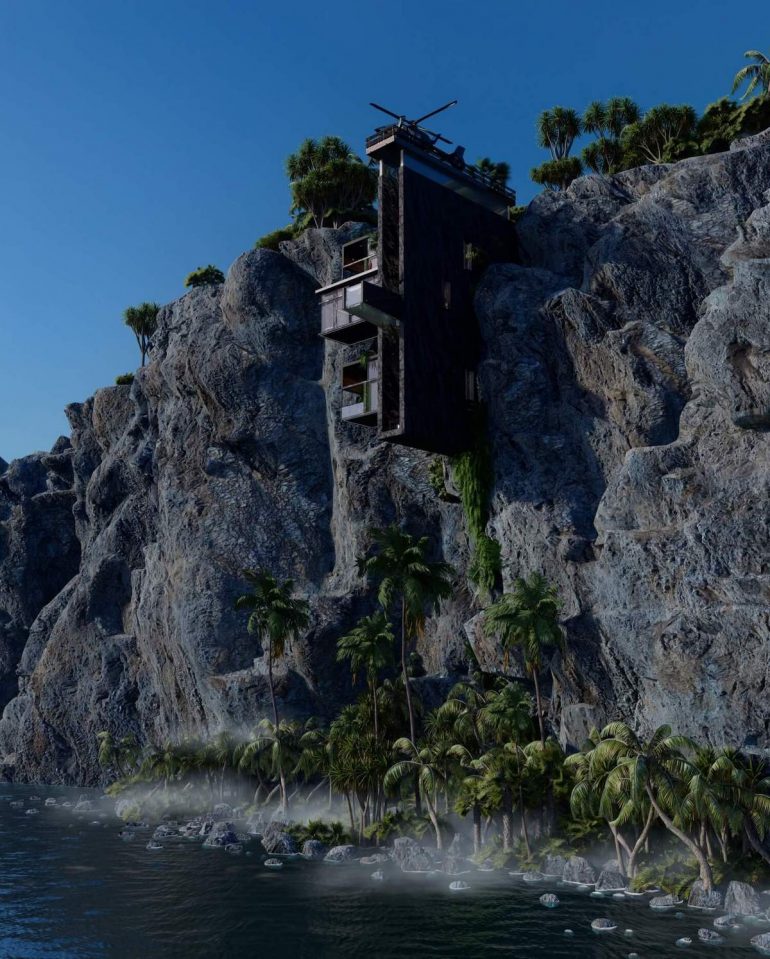 The residence also features a staircase and elevator that connects two bedrooms and a kitchen area with a TV room. Other noteworthy features include a viewpoint that in turn functions as a helipad – the only way presumably possible to reach here being by private jet. 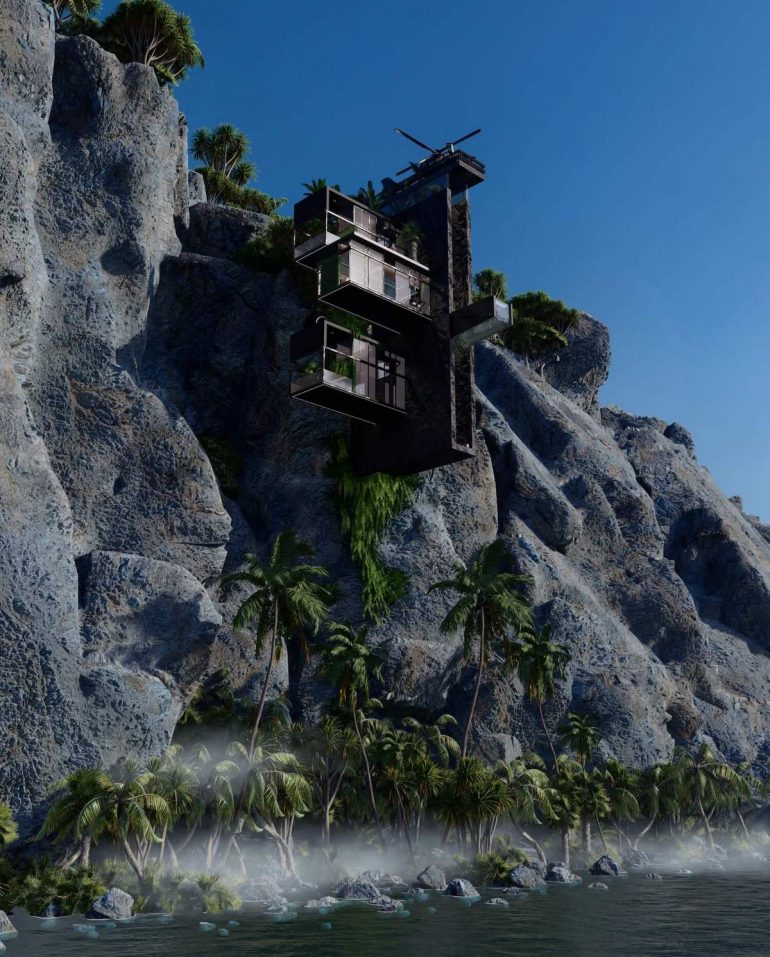 Additionally, the entire construction is ecological and equips renewable energy in addition to a waterfall system that generates a cycle that provides energy to the home, while also boosting the house’s aesthetic appeal. 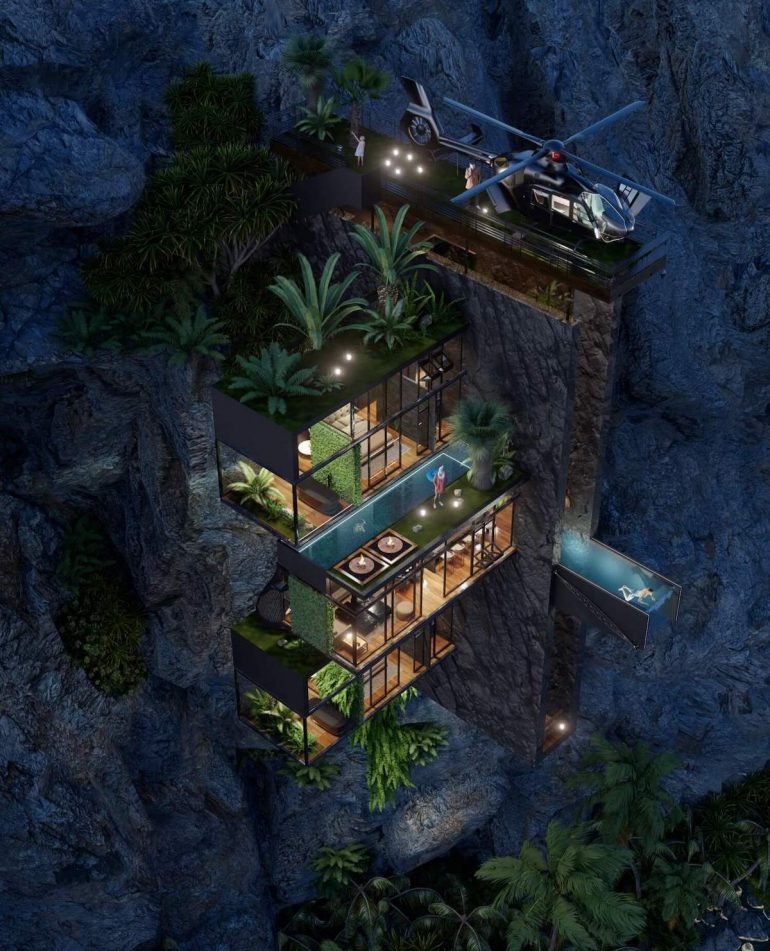 Named based on its characteristic of crowning the great cliff, the Crown House by Veliz Arquitecto is a spectacle parallel to none! While it is only a concept at the moment, here’s hoping to be bewildered by its real-life version soon enough! 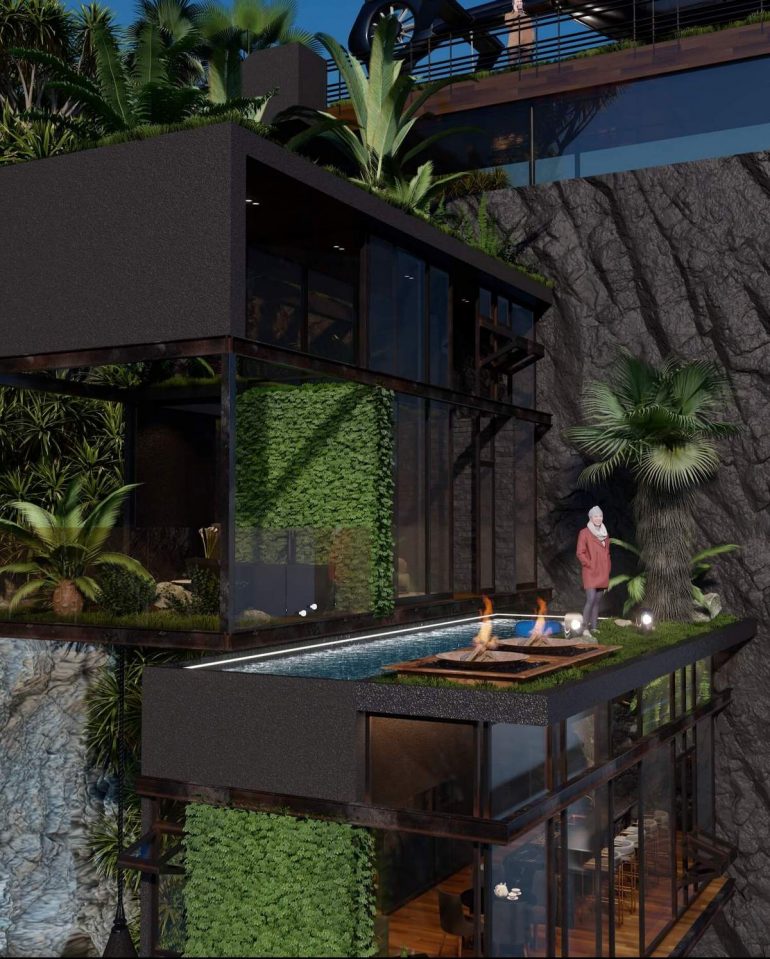 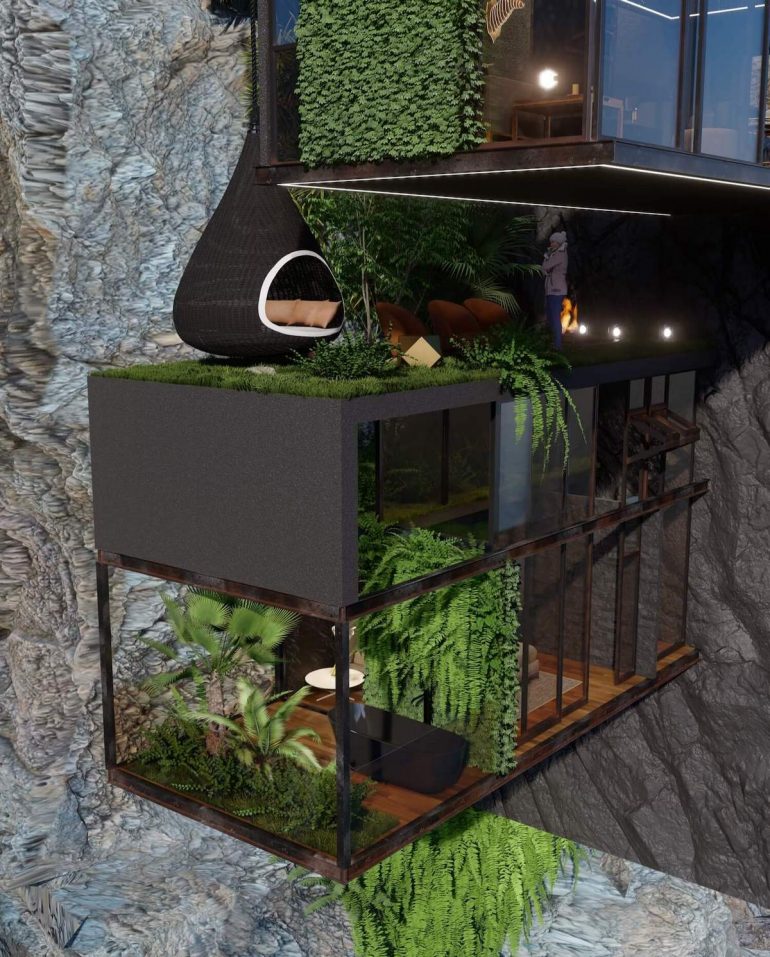 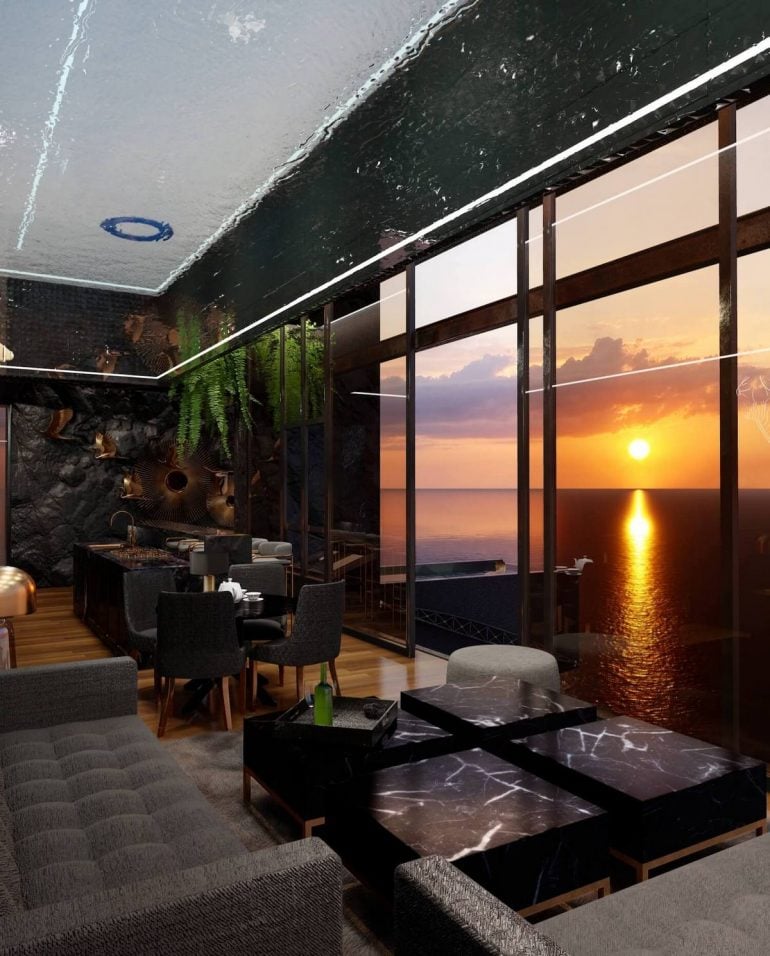 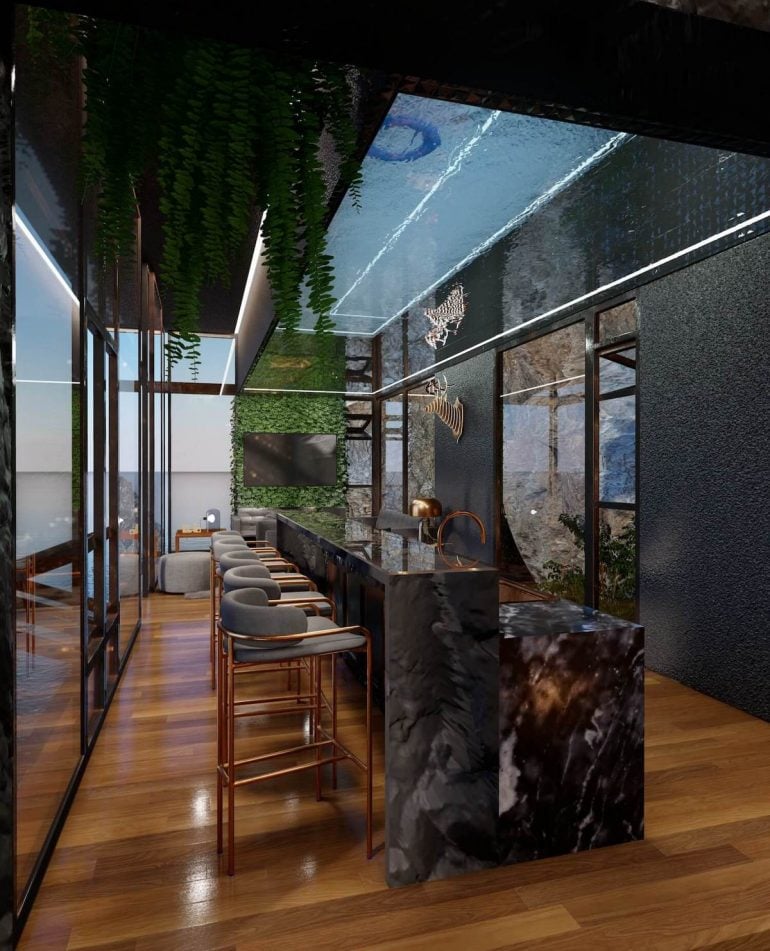 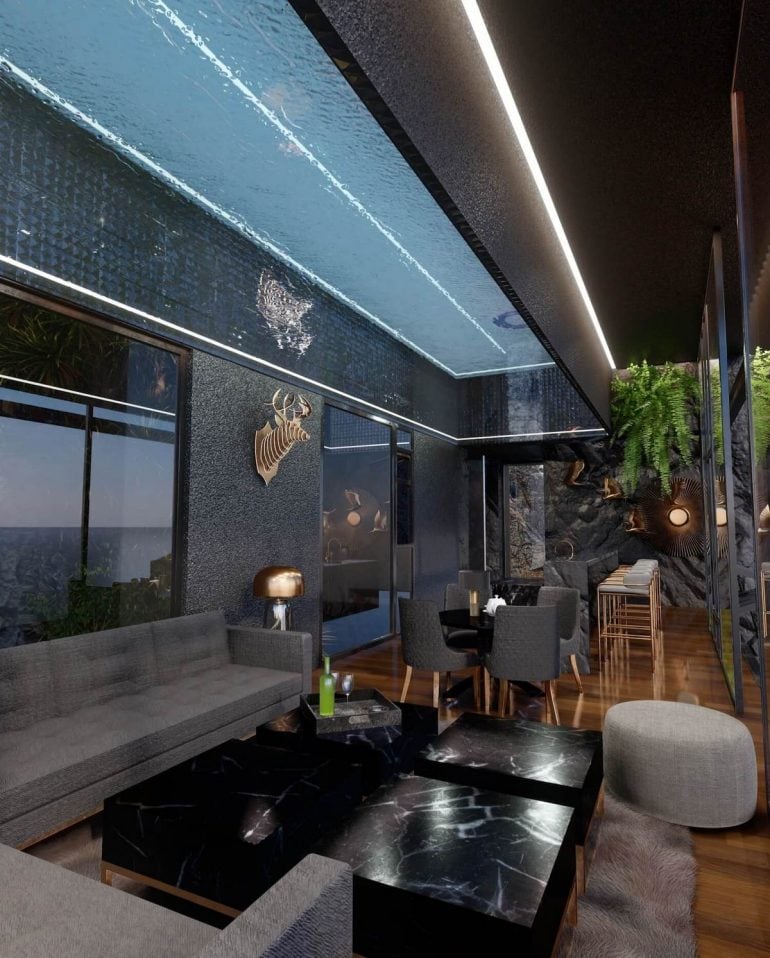 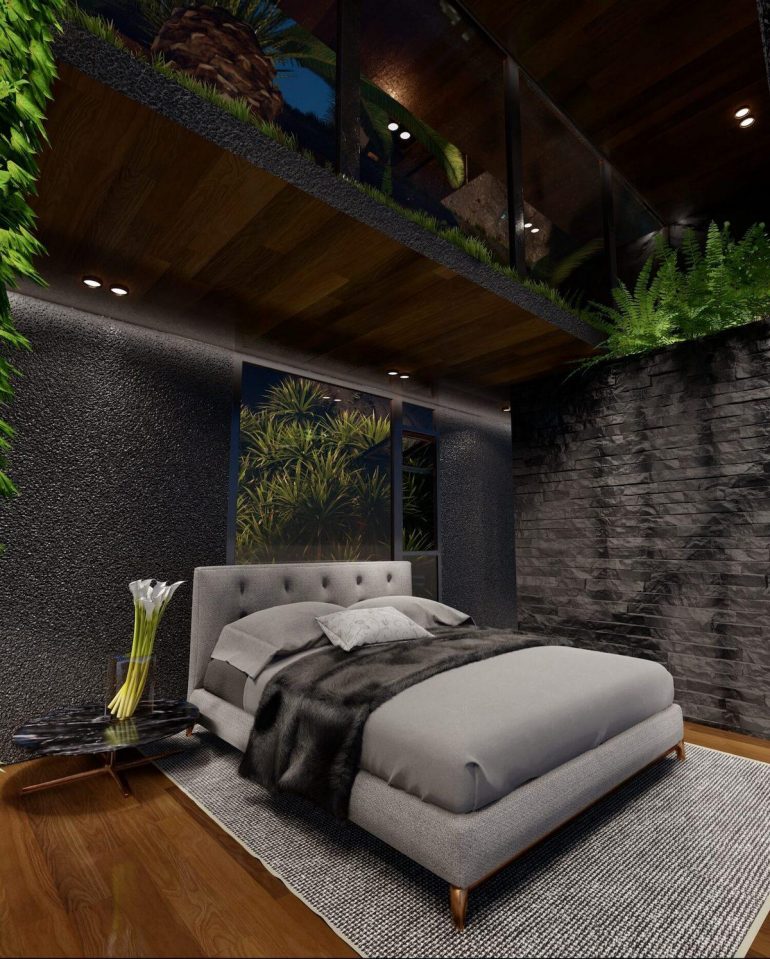 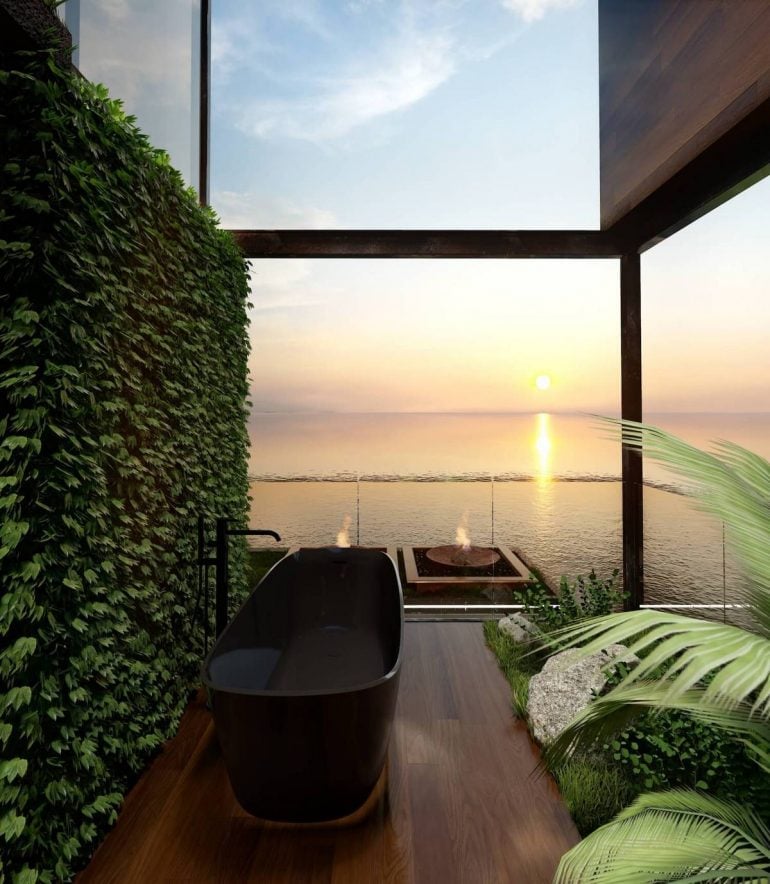 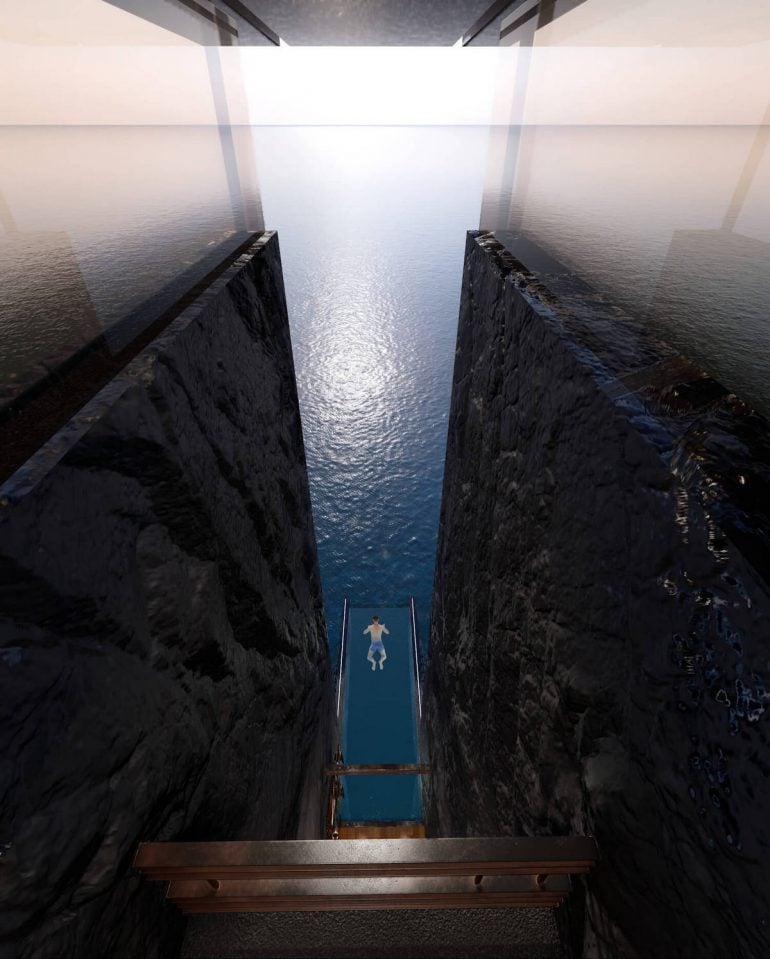 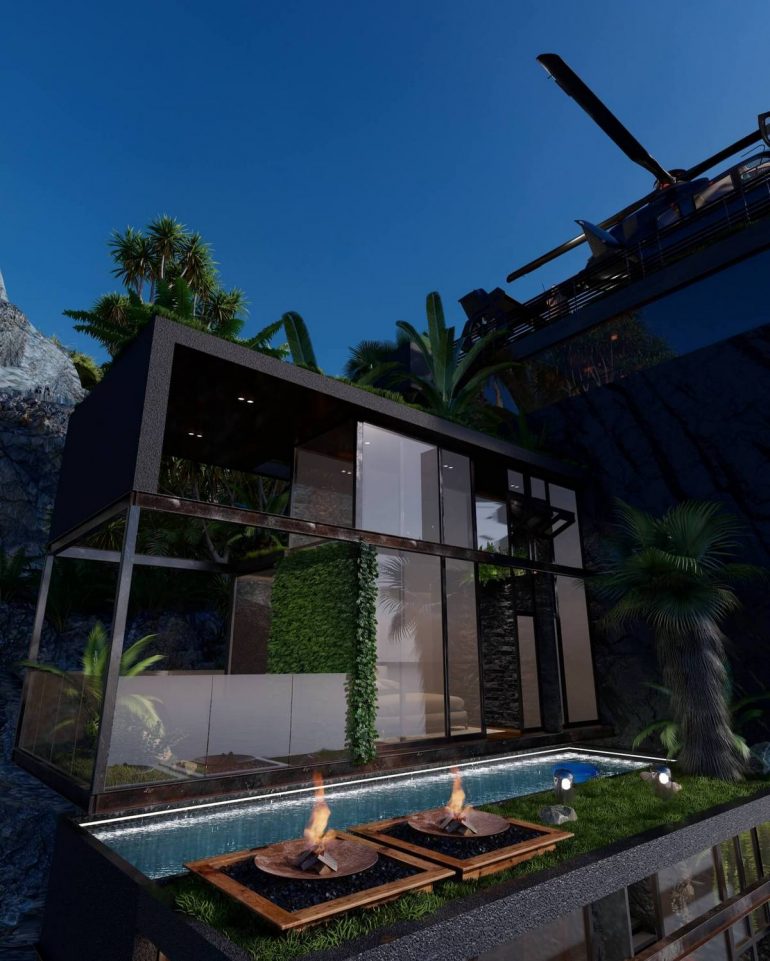 Tags from the story
Architecture, Concept