Wondering what the Trumps are up to? While one half of the Trump family are preparing to move out of ‘the house,’ the other half is preparing to move into a new one and start the new life phase. We all know who is busy with the moving out chores, but Ivanka Trump and Jared Kushner have already zeroed into a home. The couple bought a $30 million-plus dollar lot of land on Miami’s uber-swanky and high-security Indian Creek Island, aka Billionaire’s Bunker! The couple plans to return to New York City’s socialite scene, and what better way to make a comeback than with a beautiful waterfront home and high-profile neighbors (model Adriana Lima and billionaire businessman Carl Icahn)? For those who value privacy, the Indian Creek Village is the best one can get with only 34 homes, around 42 residents, and its own private 13-person police force. The residents also enjoy top-notch security, with local authorities running perpetual patrols around the island and armed marine patrol supervising the island’s waters. All residents of this posh locality enjoy a waterfront view, the luxurious Indian Creek Country Club, and an 18-hole golf course.

Javanka's new house is reportedly on a private island in the Miami area that, at one point a few years ago, was said to boast the single most expensive street in America. https://t.co/L9LMPB8GX9


Privacy is obviously paramount here as Indian Creek is only accessible by a single bridge guarded by a gatehouse. For every three residents, there is one police officer. The plot purchased by Jared and Ivanka previously belonged to singer Julio Iglesias and measures1.84 acres with 200 feet of private waterfront. It sounds like the perfect place for Donald Trump to move to next. 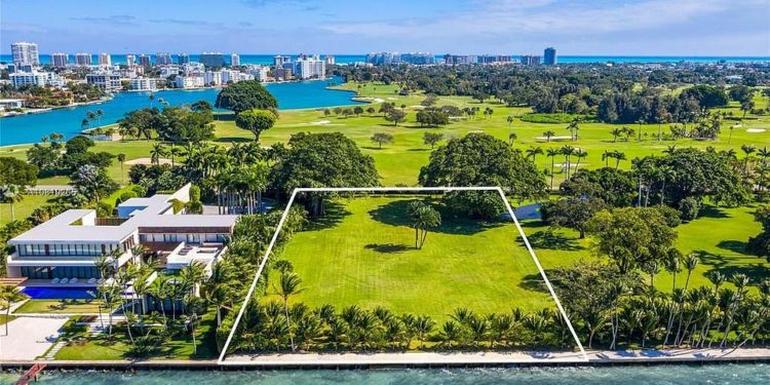 Tags from the story
Ivanka-Trump, Miami