Drake is one of the wealthiest rappers in the world, with a net worth of $180 million. The man who can gift his entire team $50,000 diamond rings, celebrate Rec Basketball League Championship can indeed splash $2.2 million on yet another multi-million dollar timepiece. The watch that stole Drake’s heart and landed on his wrist is an exclusive Richard Mille RM 56-02 Tourbillon. This stellar masterpiece-of-a watch comes with a base plate, bridges, and a third wheel created from sapphire. 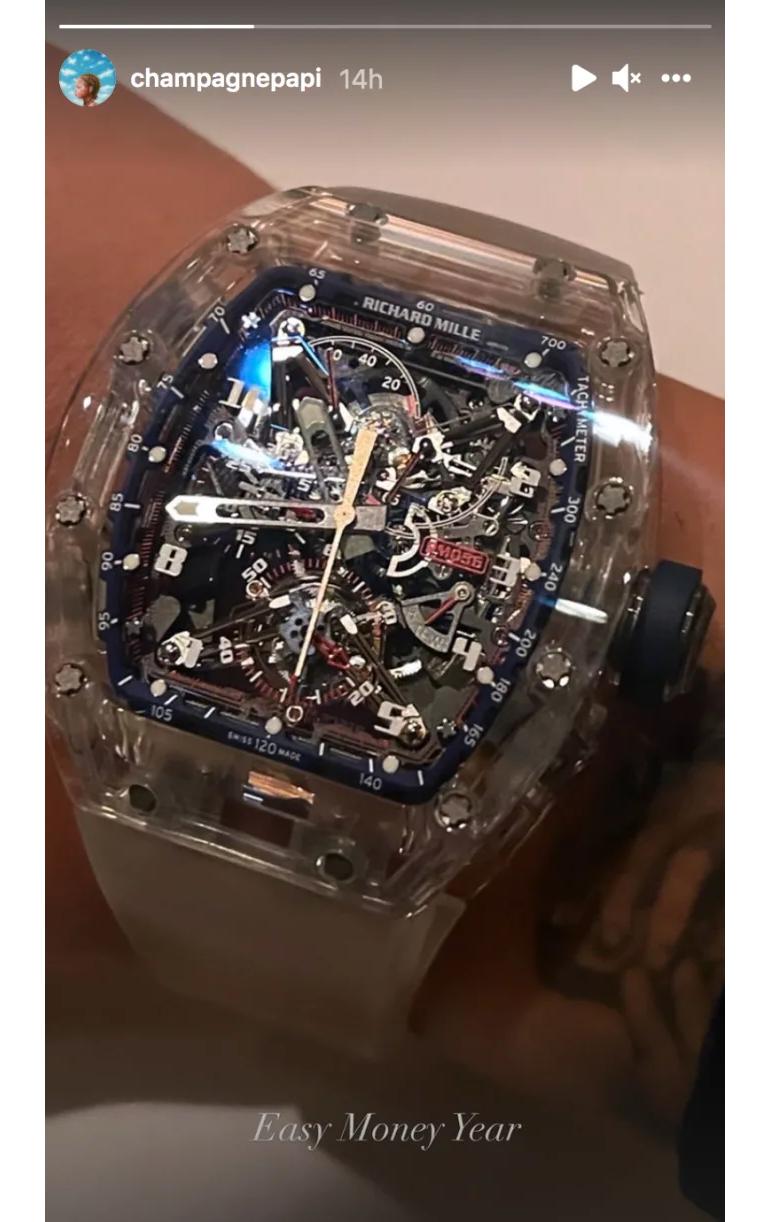 The watch comes with a manual winding tourbillon movement with hours, minutes, and tension indicator. Only ten such watches are available in the world. Unsurprisingly, all are sold, and one belongs to the singer of the chart-topping album, Certified Lover Boy. Drake is known for his lavish expenses as much as he is known for his music. He bought this custom luxury watch calling it an ‘easy money year,’ probably hinting at the successful stint of his album. 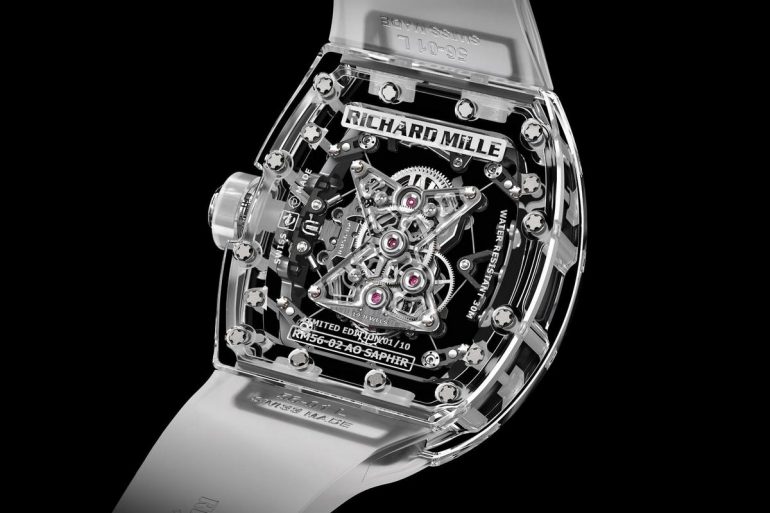 The watch is expected to cost more than $2 million due to its uniqueness and cost more than his $1.4 million Mercedes-Maybach SUV. Custom Richard Milles has caught the fancy of stars from the hip-hop world, and Drake is no stranger to its awesomeness. He floored his “Way 2 Sexy” partner Future with a rare Richard Mille watch. Drake can add this luxe purchase to his list of fine things like a $400,000 Hastens luxury mattress in his massive palatial mansion that flaunts a pool that’s the size of a lake.

Tags from the story
Drake, Richard-Mille