Meet the one-of-a-kind Rolls-Royce Phantom VIII with the customization brand Mansory’s Bushukan package which is now a part of Drake’s car collection. The Canadian rapper took to Instagram to show off the ultimate luxury machine, introducing it as the first-ever Bushukan to officially hit the road. Along with the Bushukan package, the customized Rolls-Royce has plenty of unique design elements exclusively created for Drake. The whole process beginning with ideation to execution of the project was done by Tony Bet, Drake’s exclusive vehicle designer, at his shop called Emotions Motorcar in Toronto. In terms of aesthetic updates, the Bushukan package adds a unique two-tone finish to the Phantom VIII which combines ivory white with a contrasting glossy black tone. Although, the interior of Drake’s Rolls-Royce has not been shown as of yet, the Bushukan package features a white theme inside the cabin with the interior wrapped in the finest leather along with diamond-stitched ornaments.

Drake via his IG story. pic.twitter.com/W9ifVXwH9V


The highlight of Drake’s Bushukan is the unique hood ornament. The standard Rolls-Royce Spirit of Ecstasy has been replaced by a one-of-a-kind hood ornament based on the “OVO” logo. It was Tony Bet’s idea and the gold owl was created by Raffi Jewellers and Hearts on Fire Diamond Company. Made of gold, it is encrusted with diamonds of different sizes, including two large diamonds that make up the owl’s eyes. In addition to that, Drake’s full name has been engraved at the base of the ornament. There is no word on the price tag of Drake’s unique Rolls-Royce, but it is estimated to be around the $700,000 mark. 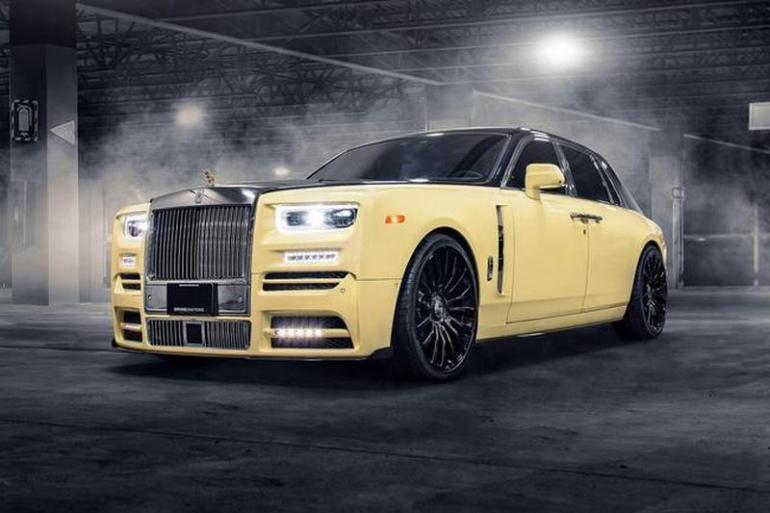