Elon Musk, the world’s second richest man (Bernard Arnault is placed at the 1st position with a wealth of $188.6 billion at the time of writing) and Twitter CEO must’ve heaved a sigh of relief at jet-tracking teen Jack Sweeney’s account ban from Twitter. But like his Numero Uno status wasn’t permanent, even this joy is temporary. A subreddit dubbed /ElonJetTracker is reporting the hedonistic choices of the Tesla founder to its 194K members and more. A recent update shared that Musk wasted a whopping $47k to fly to the FIFA world cup instead of watching it on the screen.

He took his stunning $70 million private jet from San Jose to Qatar and with that one way trip he single handedly released enough CO2 that an average American’s car would do in 12 years or 7 trips around the world. Reverse calculating the emissions needed to generate this amount of electricity, it would be enough to drive a Tesla for 1.5 million miles or 60 times around the earth. Mind you, these emissions are just for his trip to Qatar, his return trip to San Jose will double them..


The journey from San Jose to Luton, UK, is 5352 miles, and another 3263 miles from Luton to Qatar. Assuming he made a trip back to San Jose, the SpaceX CEO will have travelled 16,100 miles on his jet. Per Reddit user upL8N8, Musk will burn up a whopping 15,000 gallons of fuel for his total trip. In other words, that’s nearly 300,000 lbs (136 tons) of CO2 injected directly into the upper atmosphere. To put it in another perspective, the emissions from his single trip are what 9.5 Americans would do in one year. According to the Arbor day foundation, one mature tree absorbs 48 pounds of CO2 from the atmosphere in one day, it would take a mini forest of 1,000 Oakwood trees 6.25 years just to offset Elon’s trip to watch a football game. With such stats in front of us, it isn’t easy to disagree with the bashing of the billionaire.


Upsetting eco-warriors is nothing new for Elon Musk, who is regular with a jet-setting lifestyle. He has even taken a 9-minute flight on his private jet from San Jose to San Francisco to the irk of ecologists. Reddit user Jeremymia wondered if Musk should be penalized for flying private, “I ask this in good faith, is the amount of emissions created by Musk really significant on a global scale, or is it more like it’s everyone acting like him causing the problem?” 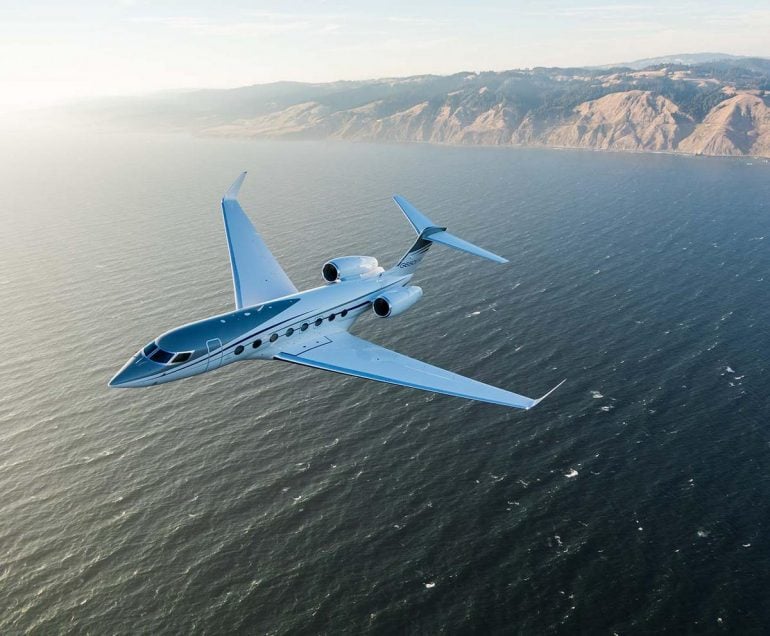 Elon Musk relies on a $70 million private jet to shuttle between Tesla Gigafactories –
Musk’s jet is so fancy it shot teen Jack Sweeney to worldwide fame. While we have been clued into the whereabouts of this gorgeous Gulfstream G650ER business jet, it is what lies inside that have left us starry-eyed. A favorite of tech billionaires, the G650ER is powered by a pair of Rolls-Royce BR725 engines, giving cruising speeds of up to Mach 0.925. Musk’s aircraft comfortably houses up to 18 people. 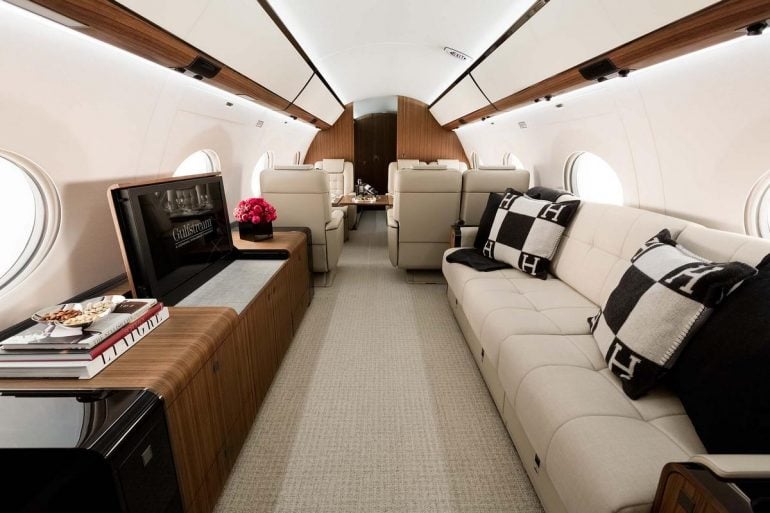 It features four living areas to work, dine, entertain and relax. The aircraft features a galley with two storage compartments, a microwave, and a convection oven to prepare lip-smacking delight 30,000 feet in the air. While the seats fully recline to convert into a comfortable bed, the fold-up tables join to form a dining table.