Till he was President, Donald Trump was in a winning position. Ever since the crown tilted, his position has been one of difficulty. People love poking fun at the former 45th president of the United States, and this time a Miami man took matters sky-high. Thomas Kennedy, a self-professed critic of Trump and Democratic activist, took immense pleasure in commissioning a banner plane with the message “ha ha ha ha ha” to fly over Donald Trump’s Mar-a-Lago estate. The stunt was his response to supporters congregating outside the former president’s home in protest of an FBI search of the house. Funnily enough, a
Trump-nominated FBI director allowed agents to search for missing classified documents at Trump’s property.

Apparently, Trump and his supporters gathered on the Southern Boulevard Bridge near Mar-a-Lago estate for a third day this week. “It brought me a lot of joy to do so,” Kennedy said. “I would do it again. Honestly, go do something better with your time,” said the man who spent no less than $1,800 to fly the banner for three hours near the estate to make a point. The democratic also stated, “Trump supporters have never been a group to understand the [finer] points of hypocrisy or irony, so the skywriting is an attempt to break through with a communication strategy sure to get some attention.” 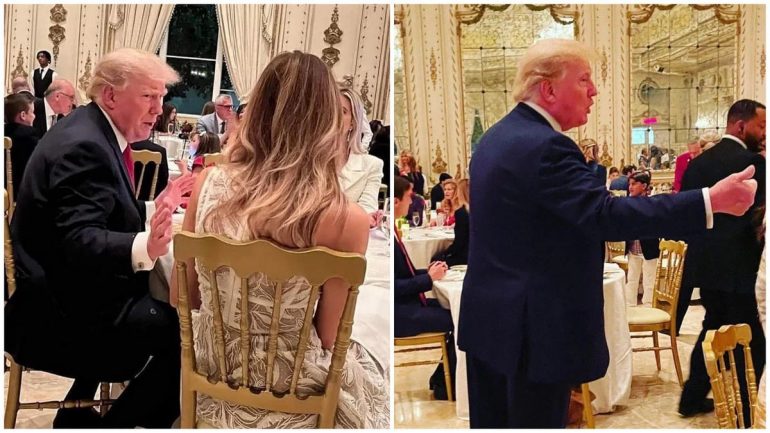 The National Archives and Records Administration reportedly flagged the issue with the Justice Department. The Justice Department has been investigating allegations that ‘boxes of records containing classified information were taken to the Mar-a-Lago estate after Trump’s tenure as the US President ended; which should’ve been essentially returned on leaving office. Legality apart, Kennedy deserves a pat on the back for the effort and this masterclass in getting attention. Is Trump teaching you?

Tags from the story
Donald-Trump, Florida