The world of technology has always been a breeding ground for some of the most highly publicized rivalries. How can we forget the well-documented feud between Steve Jobs and Bill Gates that started in the 1980s; it is often attributed as the biggest rivalry between two towering figures that inspired many similar feuds between competing A-listers from the tech industry over the last three decades. The disputes are just as dramatic as the feuds from the entertainment world, with insults flying left, right, and center. The latest feud that has been brewing over the last few months is between two of the world’s richest businessmen, Elon Musk and Bill Gates, and the two have been exchanging insults and jibes publically. 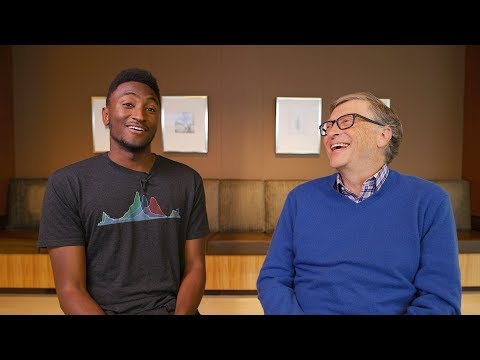 It all started with a YouTube interview
In the month of February this year, a few weeks before the Coronavirus pandemic plunged the world into the worst kind of crisis in recent history, tech YouTuber Marques Brownlee interviewed Bill Gates in which they touched upon a variety of topics, including vaccines and climate change. The latter quickly turned into a conversation on electric mobility, its impact on global warming, and the immediate challenges. Brownlee being a Tesla owner wanted to make the leading electric car company a part of the discussion, to which Gates responded with nothing but praises for Elon’s pride and joy. The Seattle-based billionaire described the passenger-car industry as “one of the most hopeful” sectors striving to tackle climate change. He gave credit to Tesla for the work done to bring electric vehicles (EVs) to the mainstream. “Tesla, if you had to name one company that’s helped drive that, it’s them,” said Gates. However, almost immediately, the Microsoft co-founder announced that he has bought a Porsche Taycan instead of any one of the EVs sold by Tesla. 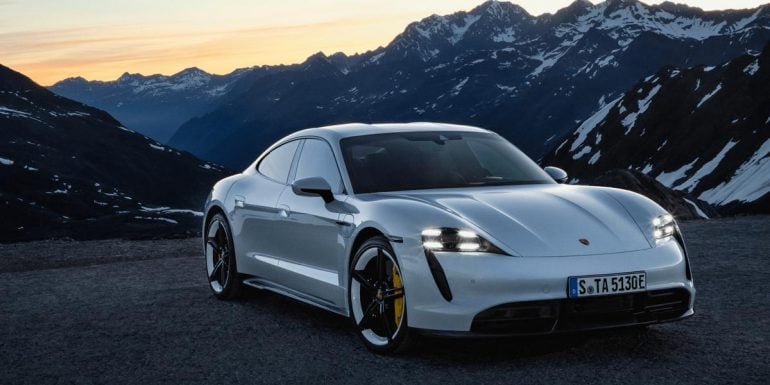 There’s a sizeable price difference between the most expensive Tesla, the range-topping Model S variant, and the cheapest Porsche Taycan. Yet, the internet is deluged with comparisons between the two EVs, irrespective of the fact that it is like comparing apples with oranges. Gates acknowledged the premium price of the Taycan, but described the electric sports car as “very, very cool.” To be fair, Bill Gates has always had a thing for Porsches and some of his stories involving the German automaker are pretty well known. The most famous of them was related to his ultra-rare Porsche 959, which was illegal in the US. The billionaire lobbied to get a law passed to not only keep but also drive his prized Porsche in the country.

My conversations with Gates have been underwhelming tbh


This did not go well with Elon Musk
While one would expect the Elon to respond favorably after Gates praised his EV company to drive the change, the eccentric entrepreneur has his own of way of reacting to things which often grab headlines across the world. Gates’ decision to choose a Taycan over a Tesla was seen as an insult by Elon and might have been riled up by his comments pointing out the challenges faced by EV manufacturers, including anxiety customers face in electric cars due to limited range and long charge times. Gates even made the comparison on how gasoline-powered cars travel longer between quick refuels at stations that outnumber charging points. A Tesla fan disapproved of Gates’ views with a series of tweets, to which Elon responded with: “My conversations with Gates have been underwhelming tbh.” Oops! And thus began the beef between the two of the world’s wealthiest people.

Then they feuded on the pandemic
A couple of months later in July, when everyone expected the feud to run its course, came the next jibe. This time it was Gates who threw shade at Musk in an interview on CNBC’s “Squawk Box.” Talking about the tendency of misinformation to “spread faster than the truth on social media service,” the Microsoft co-founder criticized Musk’s controversial comments about Covid-19 and hinted that the Tesla CEO shouldn’t be speaking publicly about the pandemic at all. “Elon’s positioning is to maintain a high level of outrageous comments,” Gates said in the interview. “He’s not much involved in vaccines. He makes a great electric car. And his rockets work well. So he’s allowed to say these things. I hope that he doesn’t confuse areas he’s not involved in too much.”

The rumor that Bill Gates & I are lovers is completely untrue


And the rivalry got personal
Elon is renowned for not taking criticism lying down and often ends up making things very, very personal. How can we forget the incident where the entrepreneur launched an extraordinary attack on the British diver who helped rescue the boys trapped in a flooded cave in Thailand a few years back, calling him a “pedo?” Elon went on his beloved Twitter yet again dis the 64-year-old American business magnate. Taunting Gates, Musk fired multiple tweets including, “Billy G is not my lover” and “The rumor that Bill Gates & I are lovers is completely untrue.”

Bill Gates: "Well, @elonmusk 's positioning is to maintain a high level of outrageous comments. He's not much involved in vaccines …"

Gates is a doctor now & knows a lot about viruses since Windows 95 🤣 pic.twitter.com/MVRXMvyn5d


It all circled back to electric vehicles
It was time for Bill Gates to respond and he did that in the subtlest yet a very hurtful way which immediately hit a raw nerve with Elon. Bill Gates came up with a very elaborate blog that discussed mobility in a zero-carbon world. Discussing electric vehicles in today’s world is almost impossible without mentioning Tesla. However, Gates deftly managed to do that without a single mention of the California-based EV manufacturer and Elon Musk. The August 24th blog post talked about the great progress that’s been made on electric vehicles. Gates went on to talk about electric pick-up trucks that will soon start to flood the markets and mentioned companies like GM and Ford along with new carmakers like Rivian and Bollinger. What Tesla fans and automobile enthusiasts will scoff at the complete omission of the Tesla Cybertruck. To make matters worse, Gates even raised the question of whether it was practical to make vehicles like 18-wheelers fully electric. That can be seen as a direct jibe as Tesla Semi. Responding to a tweet, Musk said Gates “has no clue” when it comes to electric trucks.


The beef has now reached to name-calling
In September, Gates publically stated that Elon is no Steve Jobs and there’s a marked difference between the two. “Elon’s more of a hands-on engineer. Steve was a genius at design and picking people and marketing. You wouldn’t walk into a room and confuse them with each other,” Gates told Bloomberg. And most recently, Elon called Gates a “knucklehead.” In a podcast interview with The New York Times’ Kara Swisher, made his feelings clear about coronavirus, including his plans to get vaccinated or not. Elon responded against Gates’ previous comments by stating that he’s spent time with Harvard University epidemiologists “doing antibody studies” and noting Tesla’s work with CureVac. “Gates said something about me not knowing what I was doing,” Musk told Swisher. “It’s like, ‘Hey, knucklehead, we actually make the vaccine machines for CureVac, that company you’re invested in.'” We are pretty sure that this is not the end of it and we might soon see a fresh round of salvos being fired from both ends.