Keanu Reeves is a man every woman loves. The man is known not just for his good looks and supreme acting talent but his heart of gold and his philanthropic ways. In response to his sister’s battle with leukemia Reeves founded a private cancer foundation, which aids children’s hospitals and provides cancer research. In his quest to do some good during this unpredictable time that’s taken the attention away from people who need the love and care in a world currently fixated over coronavirus. The Matrix Revolution actor has committed to donating 15 minutes of his time as part of an online auction for Camp Rainbow Gold, Idaho-based children’s cancer charity. To get the charity a good amount, Reeves is going to be on a private-15-minute date/ Zoom call to benefit Camp Rainbow Gold. News is bidding started with the value of the call set at $10,000 on Monday and has already surpassed that number; it doesn’t surprise me one bit as its quantitative time with one of the hottest and nicest men on the planet. Reeves isn’t alone in his contribution to Camp Rainbow Gold Reeves, who could answer questions and maybe even share a glass of wine; he will be joined by other notable names including former Fifth Harmony member Ally Brooke who will perform a 15-minute private Zoom concert. 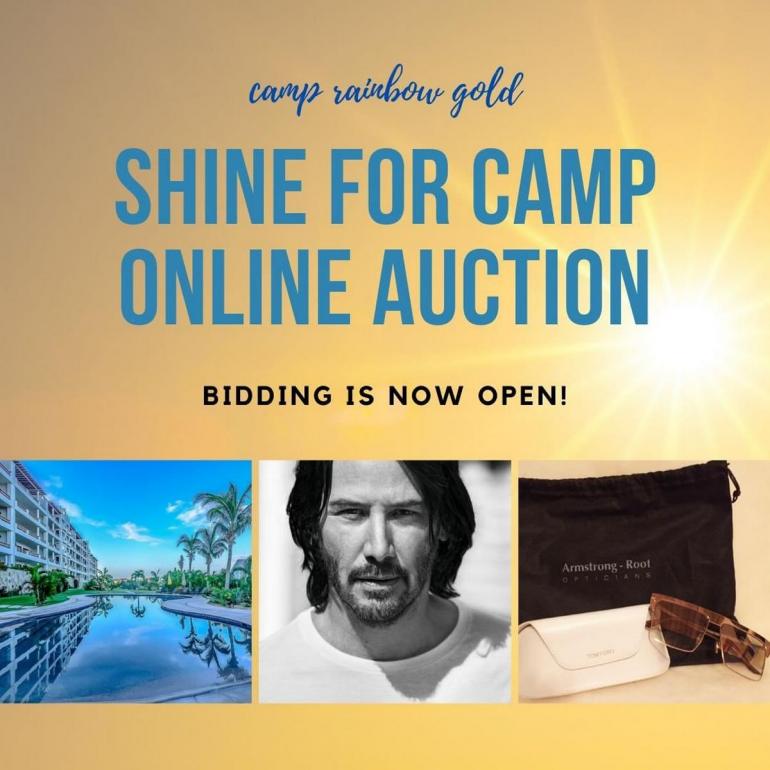 The campaign opens on June 15 at 12 p.m. PST and closes seven days later on June 22. Camp Rainbow Gold provides services free of charge to more than 400 Idaho family members, is supported by more than 300 volunteers from across the nation, and has been accredited through the American Camp Association since 2002. Such noble work makes you believe the world isn’t a wretched place after all!

Tags from the story
Charity, Children