He was once the world’s richest person and currently has a net worth estimated at around US$28 billion. The Sultan of Brunei, Hassanal Bolkiah, is also the country’s prime minister.

The sultan has a degree from the Royal Military Academy in Sandhurst (the same one Princes William and Harry attended) and is known for his extravagant spending. From his love of gold (even his sinks are made of the stuff), to flying his barber from the UK to Brunei to make sure his locks are in order, the sultan has never been afraid of dropping enormous amounts of money even basic necessities.

Here are some of the sultan’s past splurges that will blow your mind.


The gold Rolls-Royce
According to GQ India, the sultan has one of the largest collections of rare cars in the world. The collection includes an impressive gold-coated Rolls-Royce, photos of which have gone viral. The custom-made luxury car has an open top and a platform for an umbrella. According to GQ India, the car is coated in gold from the grills to its tyres.
A few hundred Ferraris
Hotcars reported that the sultan owns 600 Rolls-Royces, 450 Ferraris and 380 Bentleys. His collection is worth over US$5 billion, according to the same website, and is comprised of more than 7,000 vehicles in total. Aside from the above-mentioned Rolls-Royces, it also includes numerous rare finds, which makes his stash even more enviable. These include a grey Lamborghini Urraco, a Ferrari 456 GT Venice (one of only seven in the world) and a Porsche 959. In fact, his car collection is so impressive that, according to GQ, the sultan and his family were believed to be behind half of all Rolls-Royces bought globally throughout the 1990s.
That private jet life
When you have gold cars with an umbrella platform, you can bet the private jets are going to be jaw-dropping too. A Born Rich report claimed the sultan has his own Boeing 747-400, Boeing 767-200 and Airbus A340-200 jets.

A Look Inside Sultan of Brunei’s Private Jet – Nicknamed the “Flying Palace” https://t.co/NLI208I9MA


The Boeing 747-400 is gold-plated and so luxurious that it has been nicknamed the “flying palace”. Photos from Instagram show the interior decked out in gold and Lalique crystal.


According to British media, the plane cost US$400 million. He apparently also gifted his daughter an Airbus A340 for her birthday.
The palace with 1,700 rooms
The Istana Nurul Iman Palace is the epitome of extravagance with more than 1,700 rooms, 257 bathrooms and five swimming pools, according to GQ India. The sultan reportedly has 110 garages on the property to house that insane car collection, and he also loves horses. He’s had special air-conditioned stables built to make sure his steeds are well looked after and in the best possible condition. 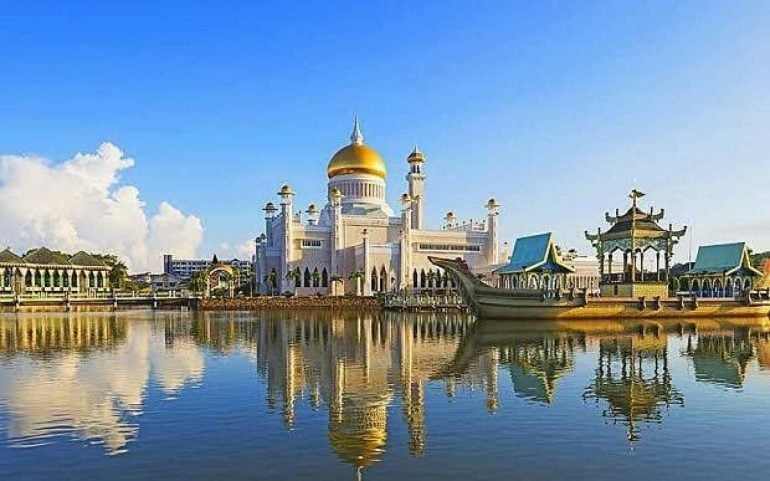 The Istana Nurul Iman Palace currently holds the title of world’s largest residential palace in the Guinness Book of World Records, set as it is over a sprawling 200,000 square metres. According to records, the palace was completed in 1984 and at that time, cost a total of US$1.4 billion to build.


The expensive haircut
The Times reported that the sultan spares no cost when it comes to grooming, reportedly dropping US$20,000 per haircut. The British newspaper claims he regularly flies his favourite barber – from the Dorchester Hotel in London’s Mayfair – first class to Brunei to do his thing. The Times report claimed the barber is also paid in cash each time.
A love of art
The sultan also has a penchant for art and, according to Insider, paid US$70 million for a single oil painting by French Impressionist Pierre-Auguste Renoir, Two Young Girls at the Piano. According to Arthive, Renoir painted the picture during his “enthusiastic” or “pearl” period.

Tags from the story
Billionaires, SCMP

While Tom Brady and Gisele Bundchen’s $733 million empire is divided by an ‘ironclad prenup,…

Bottega Veneta bags will now come with a lifetime warranty