Now don’t gimme this look “who is Pavarotti?” I’m sure you are a hermit if you are not aware of the most beloved and celebrated tenor from Italy Luciano Pavarotti. But I’m certainly sorry to know that he is no more. Aged 71, he died on 6th September at his home in Modena, Italy, at 5 a.m. local time. It wasn’t a sudden death as he was ailing with pancreatic cancer last year. Instantly recognizable from his charcoal black beard and tuxedo-busting girth, Pavarotti radiated an intangible magic that helped him win hearts. For serious fans, the unforced beauty and thrilling urgency of Pavarotti’s voice made him the ideal interpreter of the Italian lyric repertory, especially in the 1960s and ’70s when he first achieved stardom. For millions more, his charismatic performances of standards like “Nessun Dorma” from Puccini’s “Turandot” came to represent what opera is all about. In fact, “Nessun Dorma” was Pavarotti’s last performance, sung at the opening ceremony of the Winter Olympics in Turin, Italy, in February 2006. His last full-scale concert was at Taipei in December 2005, and his farewell to opera was in Puccini’s “Tosca” at New York’s Metropolitan in March 2004. 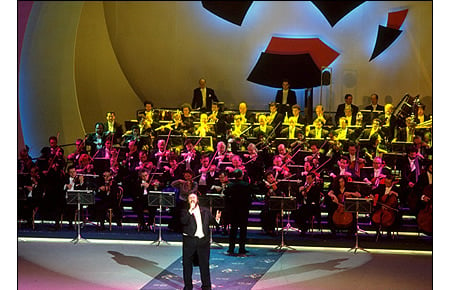 He was surrounded by his wife, Nicoletta; his four daughters; his sister, Gabriela; his nephews and close relatives and friends when he breathed his last. The funeral will be held Saturday inside Modena’s cathedral. By the way, lemme tell you that this is the second monumental loss in the opera world in recent months. American soprano Beverly Sills, whose widespread popularity mirrored Pavarotti’s, died July 2 at her home in New York. She was 78 and suffered from cancer.
Source