Not every celebrity was born into the spotlight – in fact, many of them began life as regular people with distinctly average jobs before working their way up to become the icons they are today. Here, we take a look at nine famous faces and the jobs they did before they made it big.

Hugh Jackman was a PE teacher
Hugh Jackman is one of Hollywood’s biggest stars thanks to his years playing Wolverine in the X-Men film franchise and starring in big-budget productions like The Greatest Showman. However, his life was not always so star-studded and glamorous. The Logan actor spent a gap year working at Uppingham School in England as a PE teacher. During an interview on the red carpet, Jackman bumped into one of his former pupils, Rollo Ross, who was working as a reporter. The actor joked: “Rollo, I’m sorry man, we go way back. I used to teach you at high school in PE and I want to know how your physical education is progressing. It’s very important to me.”
Kanye West worked as a sales assistant at Gap
Before breaking into the industry as a successful rapper, Kanye West worked as a sales assistant at Gap. In lyrics from his debut album, “The College Dropout”, he even proclaims that he used to steal from the store. However, the retailer is now teaming up with the Gold Digger hitmaker and Yeezy, his fashion company, for a new clothing line called Yeezy Gap. The collaboration will be introduced in the first half of 2021. Kanye told The Cut magazine: “I’d like to be the Steve Jobs of the Gap.” 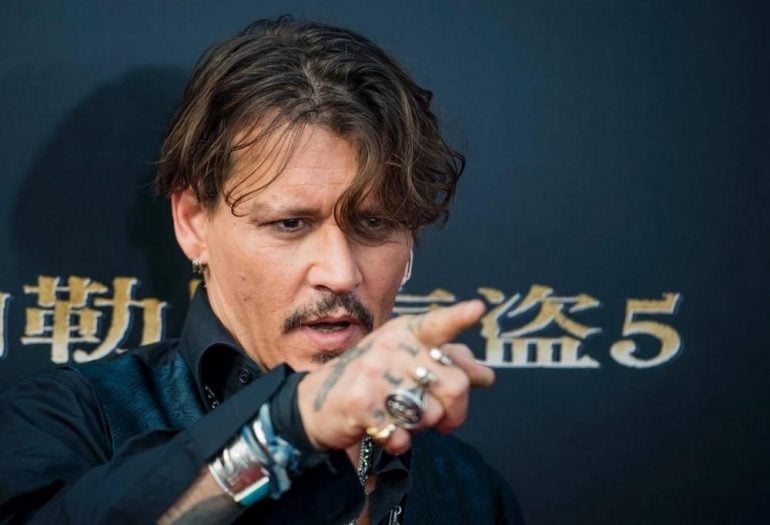 Johnny Depp sold ballpoint pens over the phone
Recent scandals may have considerably dimmed Johnny Depp’s lustre, but until recently he was one of the best-paid stars in Hollywood. Before making it big in the movie business, Depp made a meagre living selling pens. Recalling his first experience in the working world to Hello magazine, he admitted to spending all day “calling people who don’t want you to call them”, adding: “You put on your best fake voice and try and sell them a gross or two of ballpoint pens with their name printed on them.”


Channing Tatum worked as a stripper
Channing Tatum may have played a stripper in Magic Mike, but some don’t realise that he actually was one back when he was 19. In 2010, he told an Australian newspaper that he wanted to make a movie about his experiences as a stripper. That idea led to the movie Magic Mike. The Step Up actor joked he was seriously underpaid when asked by the movie’s producer Reid Carolin how much he made back then, quipping: “Sadly, not enough. Like, for what I was doing for the dollar, not enough of the dollars.”
US President Barack Obama scooped ice cream
The former US President worked as an ice-cream scooper at Baskin-Robbins in Hawaii when he was in senior school. Obama wrote about his experience on LinkedIn: “Scooping ice cream is tougher than it looks. Rows and rows of rock-hard ice cream can be brutal on the wrists.” However, this experience taught him life lessons he still uses today. He continued: “My first summer job wasn’t exactly glamorous, but it taught me some valuable lessons. Responsibility, hard work. Balancing a job with friends, family and school.”
Rachel McAdams worked at McDonalds for three years
The Notebook star had a job with the fast-food restaurant when she was 16, telling Glamour she had “[worked at McDonald’s] for a good three years.” Later, the actress admitted to the Huffington Post that she wasn’t exactly the best employee: “I’m not sure why they kept me: I am something of a daydreamer and a dawdler, so they would only let me be the friendly voice that greeted you when you entered the restaurant.”
Matt LeBlanc was a carpenter
Before Matt LeBlanc became a global star for his role in Friends, he wanted to be a carpenter. LeBlanc told the UK’s Daily Telegraph: “I wanted to be a carpenter. Everyone did carpentry, plumbing, roofing in my family. The mentality was, if it was broke, you fixed it.” But after a while, LeBlanc realised it wasn’t the job for him – mainly because he didn’t enjoy working outdoors. The Joey star explained: “I realised that I didn’t want to be pounding nails in the snow in New England all my life. I wanted an inside job, where you got to work in the warm. That was the ambition.”
Jim Carrey was a cleaner in a factory
Before becoming one of the most successful comedic actors in Hollywood, the Ace Ventura: Pet Detective star spent time cleaning an Ontario warehouse along with his family after his father lost his accounting job. The Carrey clan found themselves homeless and, in return for accommodation, had to work at the factory. The Mask actor used to scrub washrooms during an eight-hour evening shift after school, leading to a decline in his grades and eventually his dropping out of school at 16. However, it all worked out well in the end, because Carrey is now among the world’s richest comedians.
George Clooney was a door-to-door insurance salesman
Before George Clooney arrived in Hollywood, he had a string of low-paying jobs. He previously told David Letterman: “I had a lot of rotten jobs. I sold insurance door-to-door, but it didn’t work out well. The first day I sold one [policy] and the guy died.” The film star also sold shoes and stocked shelves before hitting the big time. In an interview with London’s Evening Standard, the actor said doing difficult jobs gave him a sense of humility. Since becoming a global star, Clooney has turned his attention towards various human rights and humanitarian causes.