Despite his demise, the King of Pop, Michael Jackson, has not ceased to make it to the headlines. The star, the legend, who continues to live through his music, is once again the talk of the town, courtesy Bonhams latest auction. Bonham’s upcoming auction, Entertainment Memorabilia sale, is said to feature almost 40 lots related to Jackson! The sale slated to be held on July 3rd at Knightsbridge will feature one of the most iconic MJ memorabilia, his trademark military-style jacket! The custom-made jacket, tailored by Dege & Skinner, Saville Row, comes complete with the original costume label inside the pocket, typewritten “Michael Jackson” and dated 20th September 2005. The trademark jacket has a pre-sale estimate of £8,000 – 12,000 ($12,476 – $18,720). 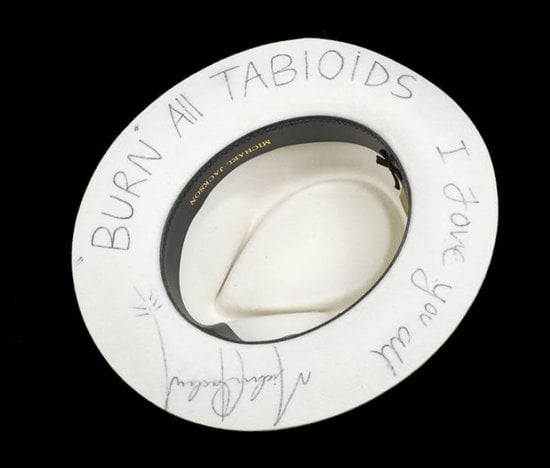 MJ fans will also get a chance to bid for an unusual pair of casts of Michael Jackson’s hands, which come accompanied by an invitation to the Exclusive Premiere of Michael Jackson’s Dangerous at the Savoy Hotel on 20th November 1991 when they were obtained (pre-sale estimate £500 – 700 – $780 – $1091).

Besides the above items, there will also be other MJ memorabilia likes a pair of aviator-style sunglasses, a Roberto Cavalli belt, a Cavalli overcoat, and several original Roberto Cavalli signed costume sketches of Michael Jackson (pictured above) which have a pre-sale estimate of £600 – 800 each ($935 – $1247).
[Bonhams]