She blinks, and it’s chaos. Paris Hilton must be feeling like the most powerful woman on this planet (which she probably is from an angle not tread by too many intellects). She is always in the news and more so for the controversial bits than the compassionate ones. We all know what Mecca is and how orthodox and conventional and strict they are, ESPECIALLY regarding matters regarding the fairer gender. So imagine how many ‘what the-!’ reactions would have sprouted when she tweeted about her 5th floor in Saudi Arabia – in Mecca. Well, lots. While there were people who remained neutral to a famous luxury handbag brand opening in a country, many pointed out the irony – and some a little too harsh.

Well, she would definitely have expected the worse – even someone that blonde should know the severe implications of the joys of materialistic bliss in Saudi Arabia … and specifically Mecca. Well, not to add much fuel to the already burning fire, we shall let you revel on this bit by adding that Paris is mighty pleased with her new store opening, which she has proudly claimed as ‘beautiful.’ It is now yet to be seen what will come out of this if anything. 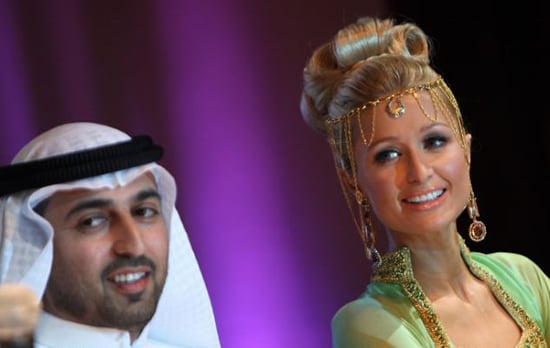 Tags from the story
Paris-Hilton, Saudi-Arabia