Tech entrepreneur and co-founder of PayPal and Palantir, Peter Thiel’s plans to build a mega luxe lodge on his massive 477-acre parcel of land have gone kaput. Before the rejection, the primary emotion experienced by commissioners was- shock! Commissioners were left dumbfounded on learning how in-your-face the luxury lodge would be from a nationally-recognized walkway. Hence, the Queenstown Lakes District Council turned down Theil’s grand plans due to its “significant adverse landscape and visual effects” on the sensitive environment, reported NZ Herald. 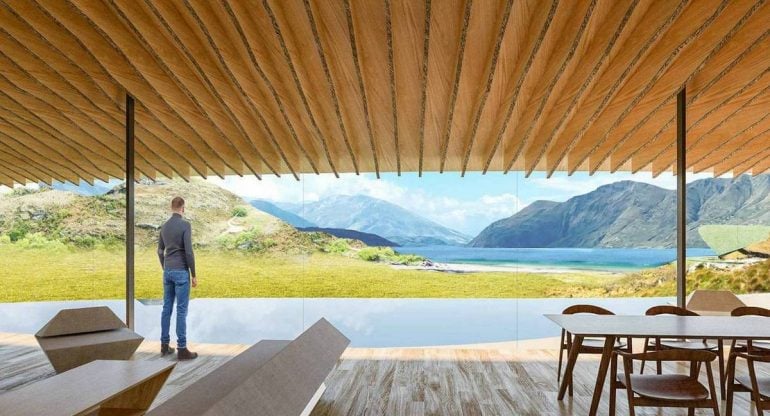 The private residential building designed by Tokyo Olympic Stadium architect Kengo Kuma and Associate would accommodate 24 people in ten guest bedrooms. The $13.5 million land would boast a separate meditation pod, water features, library, and a yet-to-be-designed back-of-house building. The structure was no less than the 1165sq m long, making it clearly visible from the nearby Glendhu Bay track. “All members were quite shocked at the frequency at which substantial parts of the proposal would be in plain, direct view … and in a way that would reinforce a scale of development at odds with the ONL,” they said in a decision released yesterday.


According to The Guardian, the council received several submissions from residents and environmental groups against the billionaires‘ lodge. Local resident, John Sutton, said the structure would “destroy our beautiful lake environment,” while the Upper Clutha Environmental Society noted the site was “wholly within and surrounded by … landscape of national importance.” The development was “likely to cause significant adverse physical changes.”
Tags from the story
Billionaires, New-Zealand