She’s been dubbed “the first daughter”, “America’s princess” and one of the “most influential women in America”. And since her father Donald Trump became the 45th president of the United States of America, Ivanka has been in the eye of the storm.

Privileged, powerful and prosperous, Ivanka has become a global household name. But what of the woman always at her father’s back? Here are seven surprising facts about the blonde everybody loves to hate.


Ivanka is not her real name
The world knows her as Ivanka but her name is actually the same as her mother, Ivana. There’s nothing suspicious about the change though.

My actual name is Ivana. In Czech, Ivanka is the baby name for Ivana, like Bobby is to Robert. RT @Saluxious Ivanka, how'd you get u r name?


As it turns out, in Czech the name Ivanka is a diminutive for Ivana. Trump’s eldest daughter explained the difference in a tweet.


Georgetown – it’s a Trump thing:
Listen, if you’re a Trump then Georgetown is where you’ll study at some point. Eric Trump has a degree in finance and management from the prestigious university while Tiffany Trump recently graduated from its law programme. Ivanka was no different – she was a student in the MSB programme for two years before transferring to study business.
Yeah, she modelled
When Ivanka was just 15 she moved to boarding school in Connecticut. She said that she missed her friends in New York City so much, that she took up modelling as a sort of refuge.


She converted to Judaism:
Religion was a sticking point in her relationship with Jared Kushner, so much so that they briefly split in 2008. Kushner and his family are orthodox Jews and eventually Ivanka decided to convert. She underwent a strict conversion process under the instruction of Rabbi Haskel Lookstein and now keeps her house kosher and raises her children as Jewish. 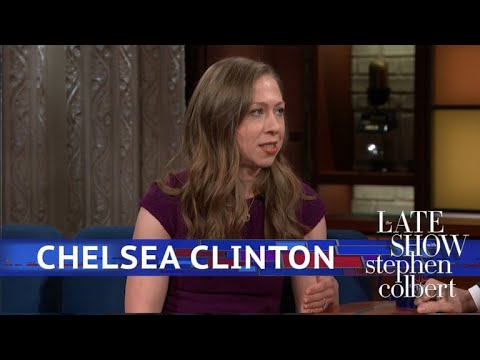 The end of gal pals Chelsea and Ivankac
As children of presidents and outspoken politicians, they never used to let their friendship become collateral damage. But since the end of Trump’s presidential campaign and after years of friendship, Chelsea Clinton and Ivanka have not seen eye-to-eye. Clinton admitted in a recent interview that they had not spoken in ages and Ivanka, as a special adviser to her father, should be more open to criticism about his policies. Ouch!
Working in the White House sans salary
She may be her father’s right-hand woman, officially serving as a presidential adviser, but she does not get a salary. And neither does her husband, Jared Kushner, who is an assistant and senior adviser to Trump.
This mum believes in routines
Being a mum to three and an adviser to the president means that Ivanka’s schedule is kind of full. In her book, Women Who Work, she explained that she has routines that enable her to spend quality time with her kids.

Tags from the story
Ivanka-Trump, SCMP