Stars took to social media to post images of private moments with the fashion icon, who died aged 85 on February 19

The death of fashion legend and Chanel’s chief designer Karl Lagerfeld on February 19 has shocked the fashion world as well as celebrities and fans.

Social media has been flooded with tributes from personalities sharing photos of unseen moments and photos.

Celebrities including Keira Knightley, Kim Kardashian and Lindsay Lohan paid their respects to the visionary designer.

Dearest @karllagerfeld there will never be another like you. Thank you for your incredible contribution to fashion and wit. 💔

Supermodels Linda Evangelista, Cara Delevingne, Cindy Crawford and Gigi Hadid, whose careers were launched by Lagerfeld, revealed some of the rare backstage moments.

Karl, I will miss your indescribable presence, watching your calm, quiet, genius mind working, your little jokes, amazing stories, and experiencing the clothes, sets, and productions only you could dream up. Thank you for believing in me and for the beautiful, incredible opportunities you brought to my career, but mostly, thank you for giving me the honor of knowing the magic behind the myth. There will never be another Karl Lagerfeld. I am overwhelmed with sadness today, but also with so much love, admiration, and gratitude for you. To all his beloved friends and colleagues, and his favorite girl Choupette🐾, my heart is with you. ❤️ Rest In Peace King Karl. I didn’t want this day to come. 💔

“I will miss Karl. I will miss just knowing that Karl is somewhere in the world designing and quipping as he always has. He seemed permanent. A fundamental part of fashion and of the world. It is strange that he is no longer with us. I am deeply sad that he is gone.” – Tom Ford

I cannot stop thinking about Karl and how supportive and generous he always was towards me. I will always cherish these gifts and the words that came with them because Karl gave them to me. They are objects of course, gestures and promises in material form sent to me by him- just because. The most meaningful and extraordinary of the mementos I have from him came to me before I had actually met Karl. It is a telegram from him congratulating me on being appointed the designer and creative director at Perry Ellis some 31 years ago. In the telegram he told me how much respect he had for Perry and how he knew him and thought him to be such a nice and gentle man. Later on, during my Vuitton days, I would receive from Karl his praise, compliments and support in the form of books, prints of photographs he had taken, hand written notes, flowers and best of all- some wickedly naughty and wonderful sketches he did for me (and my eyes only). The time that he put into each gesture, each thing, their meaning, his generosity and his thoughts behind them were so truly authentic and genuine. Not only have we all lost a creative genius, I have lost someone I truly looked up to in awe, and with complete respect and undying admiration. He was one of only a very few who showed me his support as an unknown kid all the way thru to the person I’ve become today. It is with great sadness that I’m writing this and also gratitude and great happiness that I am fortunate enough to have had these moments and experiences with him. I will forever cherish my memories of Karl🖤

Chinese stars Zhou Xun, who is ambassador for Chanel, singer Song Qian and Huang Xuan paid their tributes on Weibo. 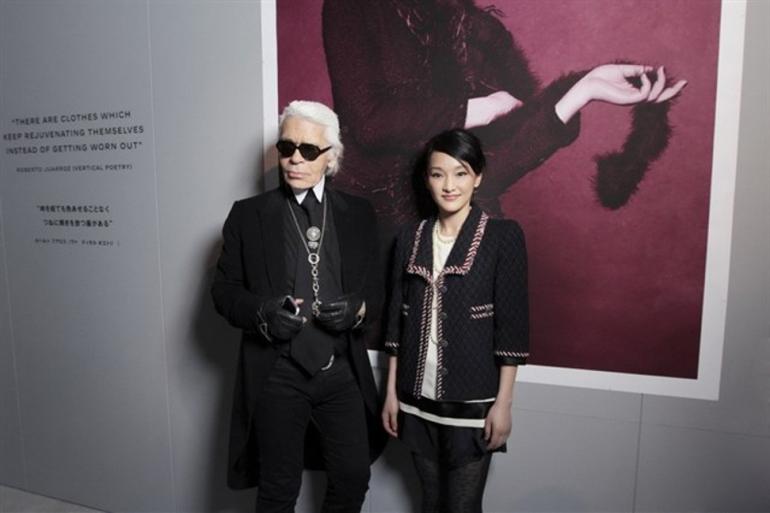 “I had the privilege of working with Karl for over 10 years. I admire his professionalism and dedication. Life’s short, but the beauty he created is forever. Rest in peace Karl,” posted Zhou.

Business personalities such as Bernard Arnault, chairman and CEO of LVMH, also led tributes. Arnault said: “With the passing of Karl Lagerfeld we have lost a creative genius who helped to make Paris the fashion capital of the world and Fendi one of the most innovative Italian houses. We owe him a great deal: his taste and talent were the most exceptional I have ever known.”

We take a look at the most touching moments stars shared with the beloved fashion icon. 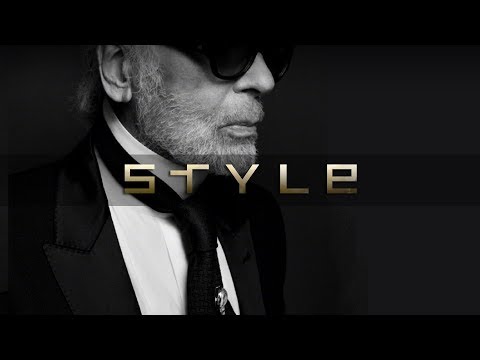 Tags from the story
Karl-Lagerfeld, SCMP