Tom Cruise is known for constantly pushing the envelope of filmmaking and carrying out unthinkable stunts, but his next project is way too grand even by his own lofty standards. If everything goes according to plan, the 60-year-old might become the first actor to shoot a movie on the International Space Station (ISS). According to reports, Cruise is currently in talks with Universal Films Entertainment Group (UFEG)to secure a deal that will give him the opportunity to visit the ISS along with a few cast and crew members to shoot his next movie. And it looks like Universal is already sold on the idea. “I think Tom Cruise is taking us to space, he’s taking the world to space,” UFEG Chairman Donna Langley said, per BBC News. “That’s the plan. We have a great project in development with Tom … Taking a rocket up to the Space Station and shooting.” Reportedly, Cruise had teamed up with The Bourne Identity director Doug Liman on the ambitious project several years ago, which involves filming in space, but the Covid-19 pandemic threw a spanner in the works, derailing the project. 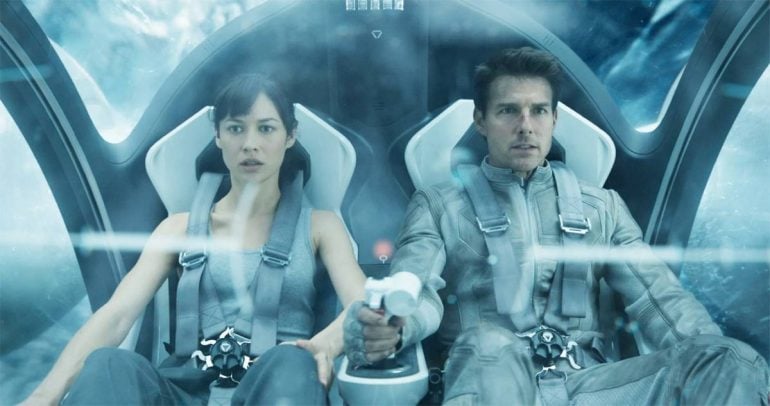 However, the resounding success of the Top Gun sequel has only helped Tom Cruise to go for even more ambitious and capital-intensive projects. “Top Gun: Maverick” has already crossed $1.4 billion globally and $700 million in North America, making it one of six movies to ever surpass that milestone at the domestic box office. While all the breathtaking aerial stunts from the new Top Gun movie were simply fantastic, rocketing to space to shoot a movie will open a new chapter in the business of filmmaking. As per reports, the plot of the movie has already been discussed with the production house which involves Cruise’s character jetting into space “to save the day.” Back in 2016, there were news reports that the Hollywood actor had received secret training from NASA and possibly cheated death in the Columbia Space Shuttle disaster as he was supposed to be part of the voyage. Nevertheless, if his new project is given green light, Cruise might also become the first civilian to do a spacewalk!

Tags from the story
Space, Tom-Cruise