Sometimes sequels do better than the first release. Whether this will stand true for the Yayoi Kusama x Louis Vuitton collection is something only 2023 will tell. The fashion world is squealing with excitement as the luxury label’s Cruise 2023 show witnesses the Maison join hands with acclaimed Japanese contemporary artist Yayoi Kusama for a second collaboration set to be released in January 2023. The first tie-up with Kusama took place in 2012, a decade ago. An evidently enthusiastic LV has wholly taken over parts of Tokyo with a mix of augmented reality (AR) experiences and physical installations featuring the 93-year-old Kusama and her works. These landmarks include the Tokyo Tower, Zojoji Temple, and Tokyo station.

Shinjuka district will display an anamorphic billboard in the avatar of an LV trunk decorated with Kusama’s signature polka dots. Fans strolling at Shiba Park will witness chrome sphere sculptures and a hot air balloon in the shape of a pumpkin. Tokyo towers LV takeover will involve transforming the communications tower into a colorful holiday tree. Last but not least, the Tokyo station installation will include a fish-shaped food truck. “When you’re given that opportunity to have that type of discourse and engagement with this crowd, who is still very, very hungry coming out of the pandemic, you want to contribute to that,” Michael Burke, chairman, and chief executive officer of Louis Vuitton, told WWD. “I think before the pandemic, we were so serious in everything we did, and then having been gone for over two years, when you come back, everybody’s a little bit giddy,” he said.

Fans can also get a dekko at the impressive collaboration during Art Basel Miami, where the brand hosts a booth dedicated to its artistic collaborations. Speculations suggest there are tons in store in addition to thematic apparel, bags, and shoes, all immortalized with the Kusama touch. 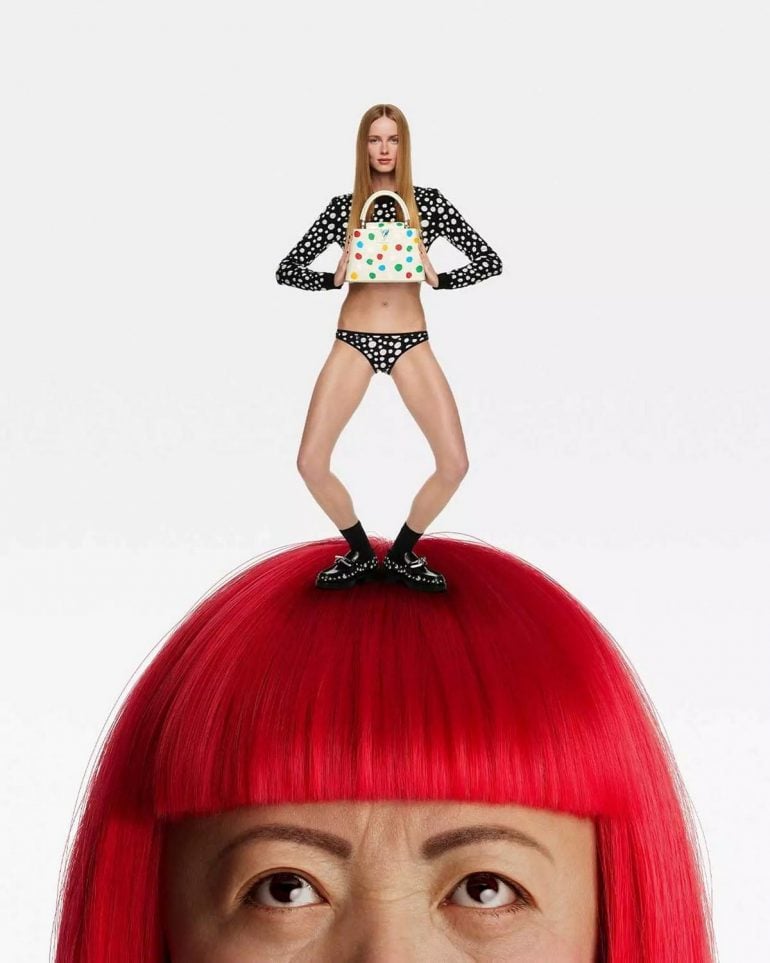 Per Highsnobiety, Delphine Arnault, Louis Vuitton’s executive vice president and daughter of LVMH owner Bernard Arnault, recently confirmed that the collection comprises 450 pieces. What can be said except to keep those wallets ready? You may be broke at the end, but fashionably broke!