As if Fendi’s peek-a-boo wasn’t already enough of a fun-infused favorite, the celebrated brand has now added another dimension to the iconic tote. Figuratively, of course! As the Italian luxury house opens its new London boutique over the road from Sotheby’s in New Bond Street, it puts up ten one-of-a-kind purses for auction. But that’s not the dimension we mean. These are designed by some of the most celebrated women who worked closely with Silvia Venturini Fendi and proceeds from their sale will go entirely to a charity that helps abused kids in the U.K., called Kids Company. Each of the finished bags can now be purchased on Fendi’s website and the auction runs until May 30. Here’s getting a peek. 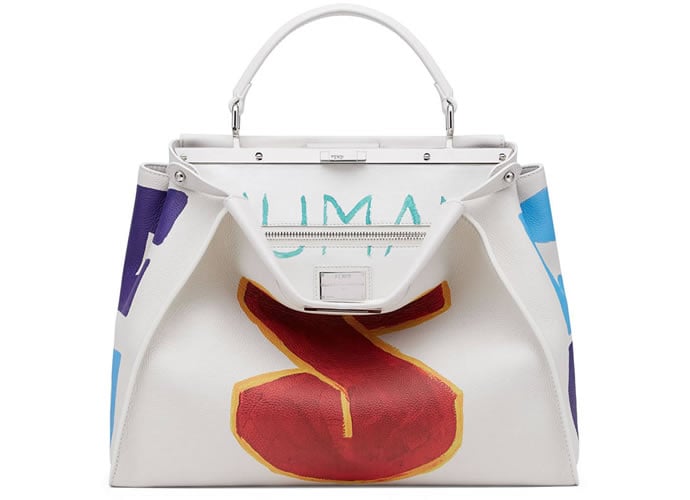 Cara Delevingne
We hear the ‘S’ is for superwoman. But from the looks of it, this purse is plenty sporty with a capital ‘S’. Or perhaps spunky, given the model behind its colorful graphics that make even a white peekaboo pop! 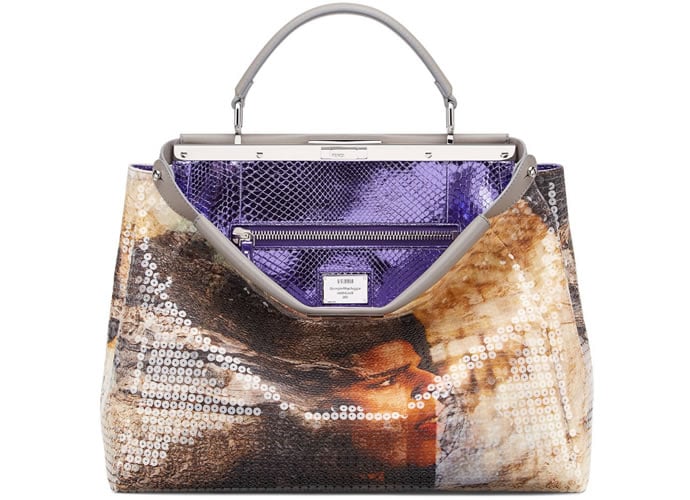 Georgia May Jagger
Another English fashion model pops up a peekaboo, this time, a fabric Fendi with a photograph collage. Covered with transparent sequins the bag is lined with metallic purple snakeskin for look that’s ultra glam. 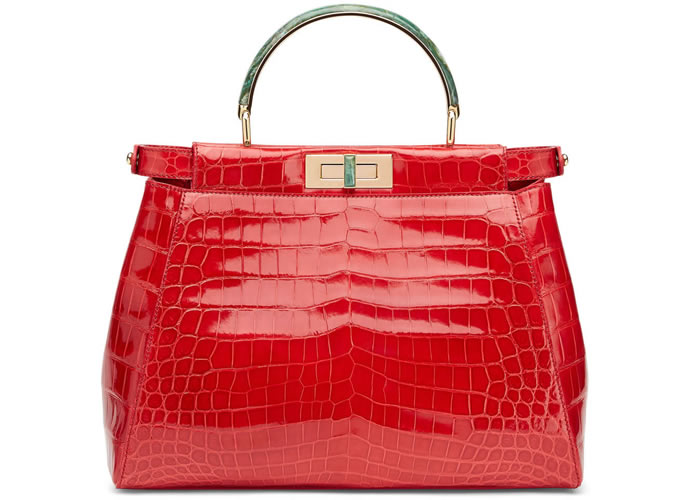 Jerry Hall
Meanwhile, mother Jerry Hall’s tote is just as glam with the only exception of being an eye-popping red croc. The tone-on-tone leather reportedly conceals a lining inspired by Chinese culture. 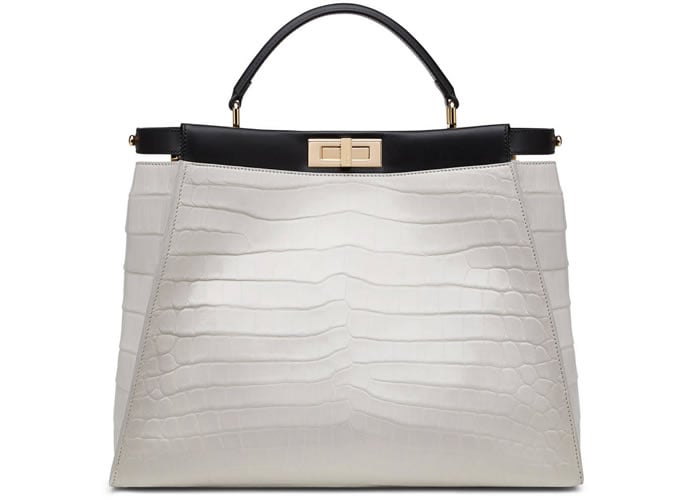 Gwyneth Paltrow
In a complete contrast to the above looks, Paltrow’s peekaboo is almost a dead ringer for her platinum blonde. The minimalist black and white interpretation could well be called the tuxedo of bags. 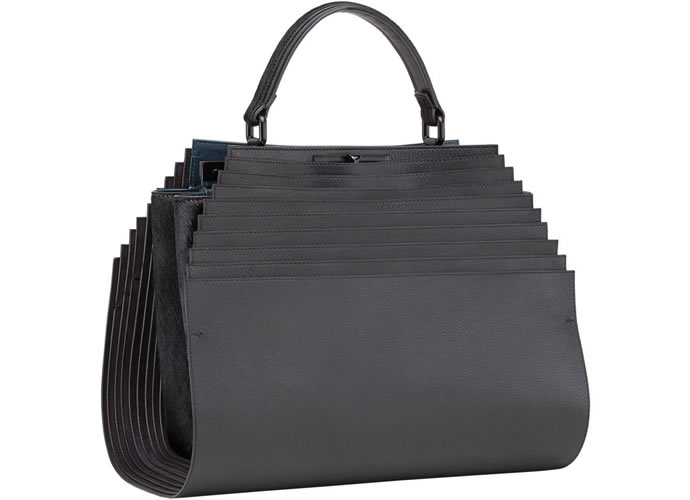 Zaha Hadid
Zaha Hadid’s while also minimalistic in monochrome is as architectural as they come. But of course! The great architect and designer has used a very original and different geometric design forming panels of black leather. 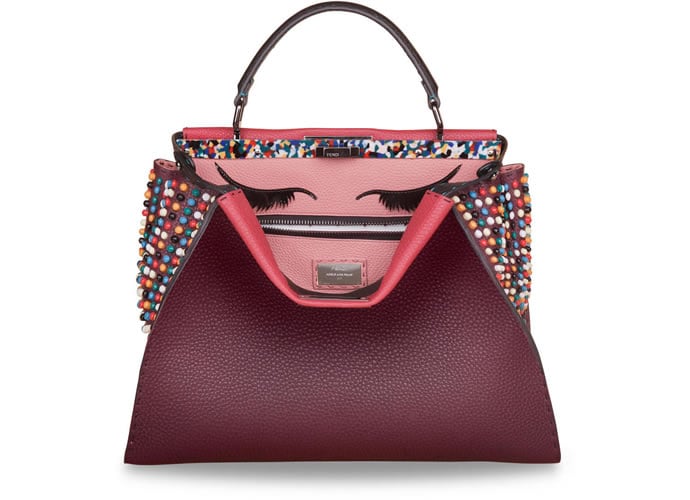 Adele
The singer’s personalized peekaboo could be called as multi-layered as her vocals. In a beautiful Bordeaux, covered by multi-colored studs, it’s reminiscent of Fendi’s monster eyes, only coquettish when opened. 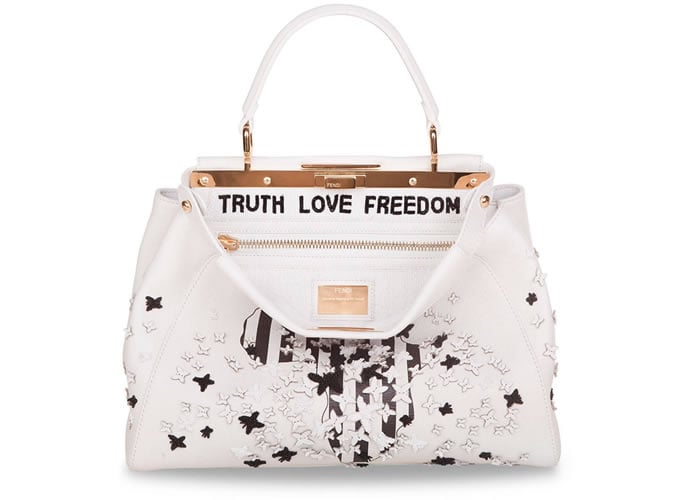 Naomie Harris
Naomie Harris’ humanitarian purse bears the words “truth love freedom” and a map of Africa with silk-screened vertical stripes in black and white to represent the idea of ​​equality in relation to human rights. And a series of 3D butterflies. 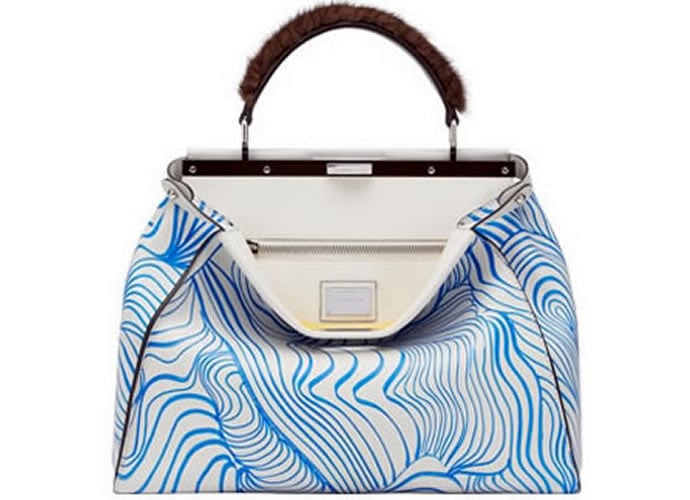 Tanya Ling
Fashion illustrator Tanya Ling’s customized peekaboo is obviously the most stunning illustration-on-leather rendition. But what’s most marvelous is that the blue tones are hand painted and handles fur-lined for added luxe. 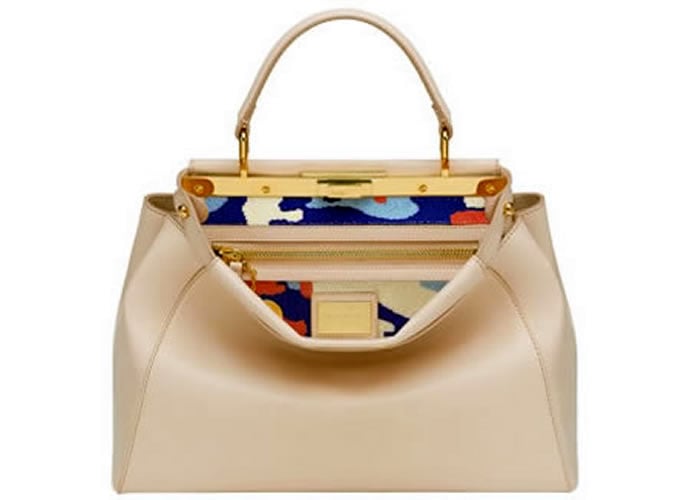 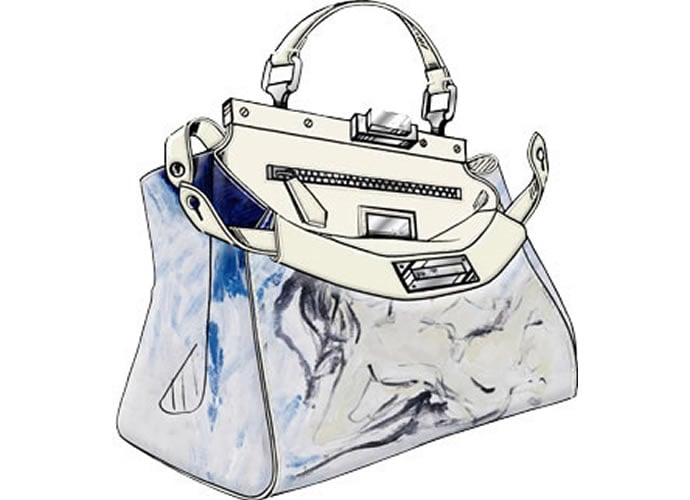 Tracey Emin
And lastly, if you have been coveting Tracey Emin’s works, one of the artist’s recent watercolor paintings is reproduced in needlepoint on a large size Peekaboo, for that one fan to always carry around.

Tags from the story
Bags, Fendi