“It was very nice to be just next to the golden boy of the stock exchange on the opposite side of the street,” said sixth-generation Axel Dumas who recently took sole command of Hermès. The golden boy in question was George Washington, whose statue stands in front of New York City’s Federal Hall. Across it, Hermès put up its own origami horse. Why? For one hell of a carnival! On Tuesday, the luxury house brought down the house, metaphorically, of course, at a former J.P. Morgan office building on Wall Street. Called All About Women, the event was hosted by Axel Dumas and the brand’s US president and CEO Robert Chavez. 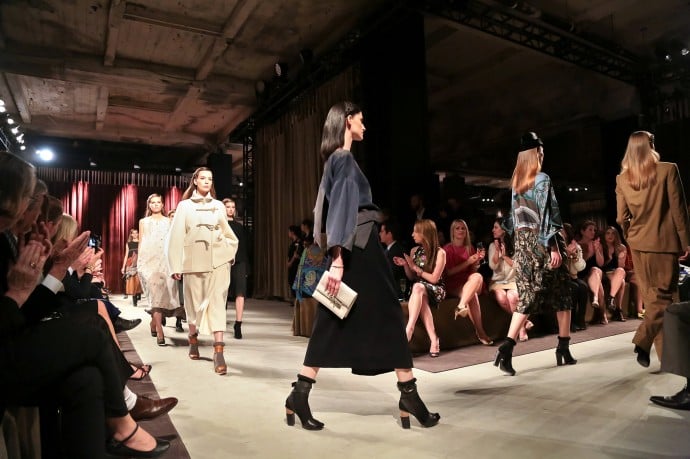 After travelling to Shanghai and Paris, the party made its way to New York, replete with “Bangle Bar” and “Songs of Silk”. While the former was where guests went to toss back champagne after champagne served by, what could best be described as a set of arms stacked with two enormous enamel bangles, the latter was a rather kitschy rec room where Brazilian Girls lead-singer Sabine Scuibba could be heard crooning. “We need also to surprise our customer, but first to surprise our customer, we need to surprise ourselves. I want to get surprised. And everybody in Hermès wants to do the effort to surprise me,” Duma said. But nothing could be called a greater surprise than Martha Stewart on a stallion. 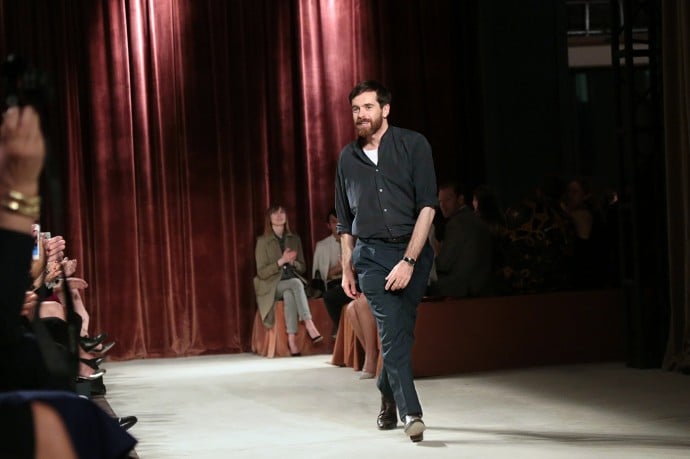 A photo booth with faux horsies and Hermès scarves for accessories (of course) caught the fancy of many guests. Created by the company’s women’s universe artistic director Bali Barret, the event also saw a “silk reader” telling fortunes based on the printed scarf chosen by a guest, bathing beauties swim-dancing (yeap!) in front of a painted pool in Mr. Lemaire’s swimwear and “Dancing Bags” involving women in a white and scarf uniform and Hermès purses. What can we say, except, there couldn’t have been a better showcase for all those Hermès scarves, clothes and leather goods for women. And did we mention a runway show? The second floor saw the showcase of Christophe Lemaire’s fall Hermès ready to wear collection. 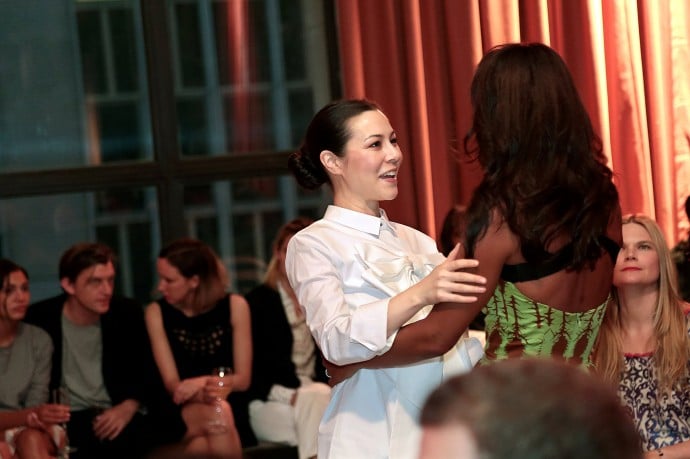 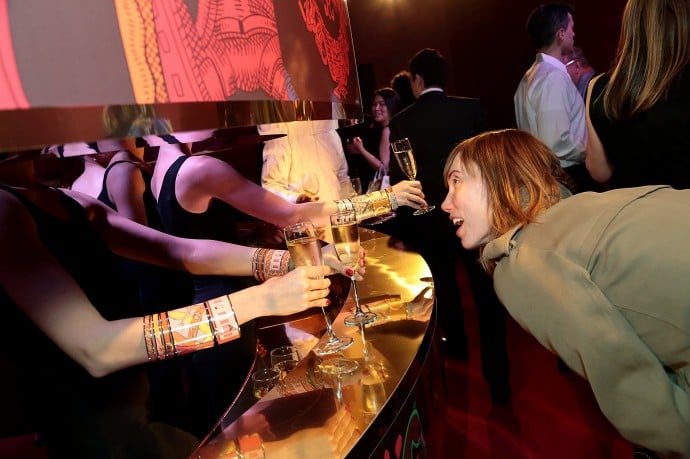 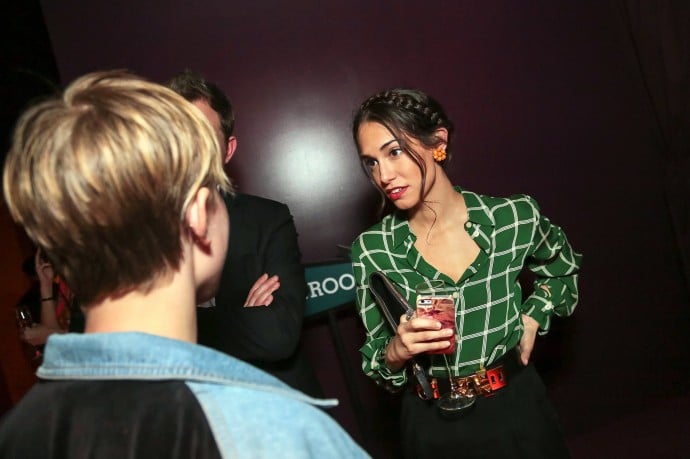 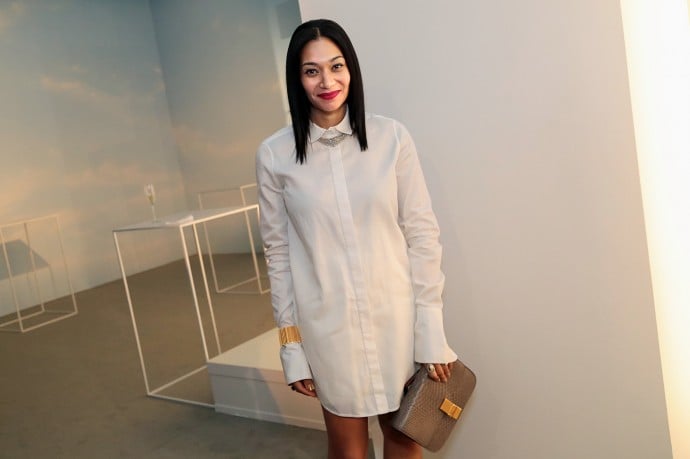 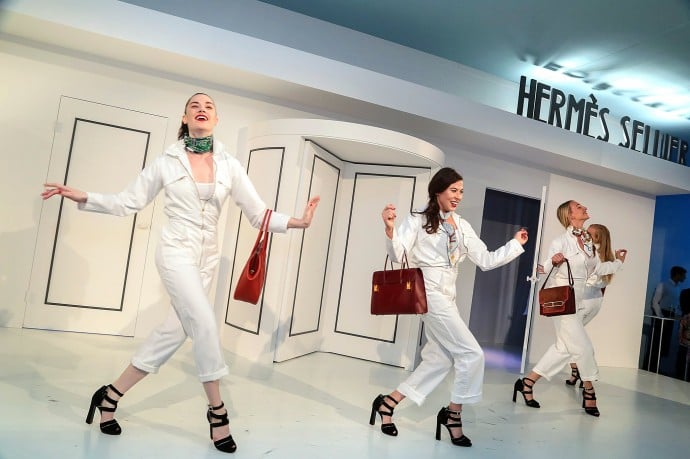 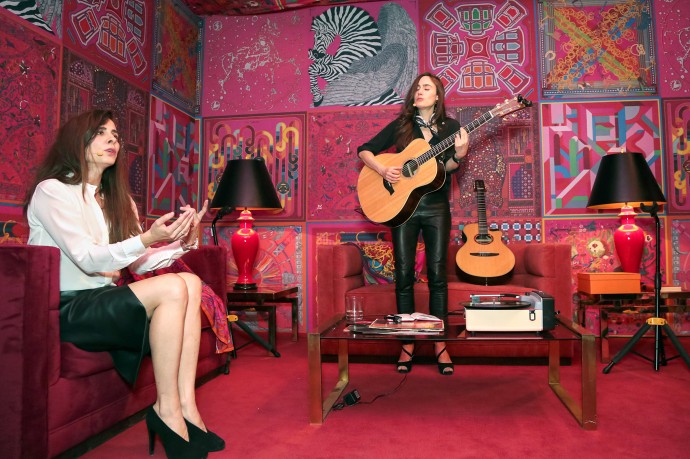 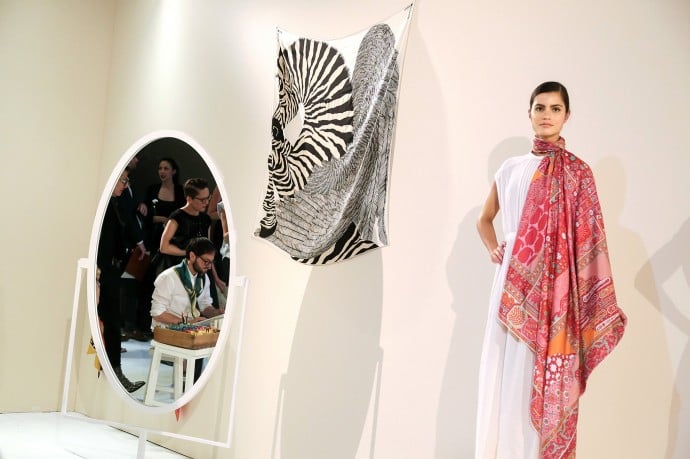 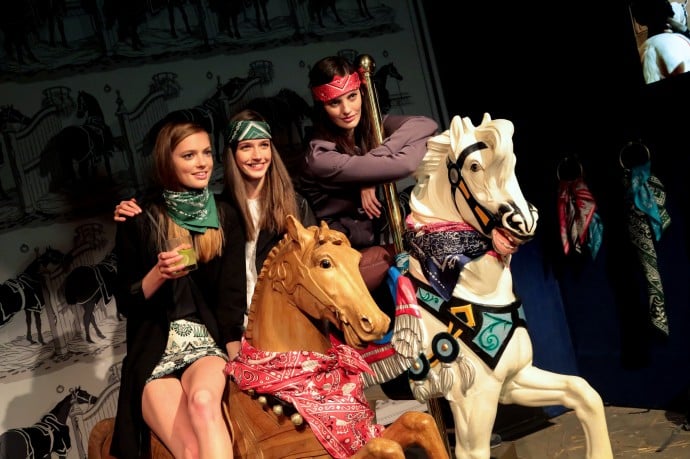 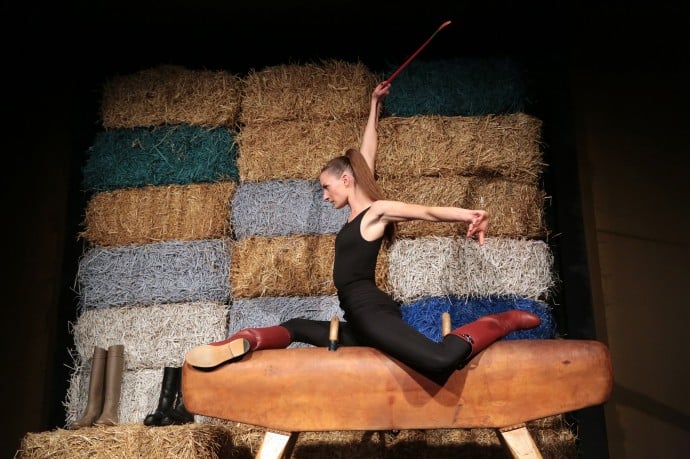