It took nearly a century for the world to understand that to work perpetually for several hours, mid-air at 38,000 feet, one needs to ‘not’ wear high heels, uncomfortable pencil skirts, and tight blazers. Ukraine’s biggest low-cost airline, SkyUp, deserves the credit for breaking age-old notions and creating a stylish, comfortable, and statement-making solution. Their new uniform, SkyUp Champions, ditches sky-high stilettos, skirts for flowing trousers, and pristine white Nike Airs. 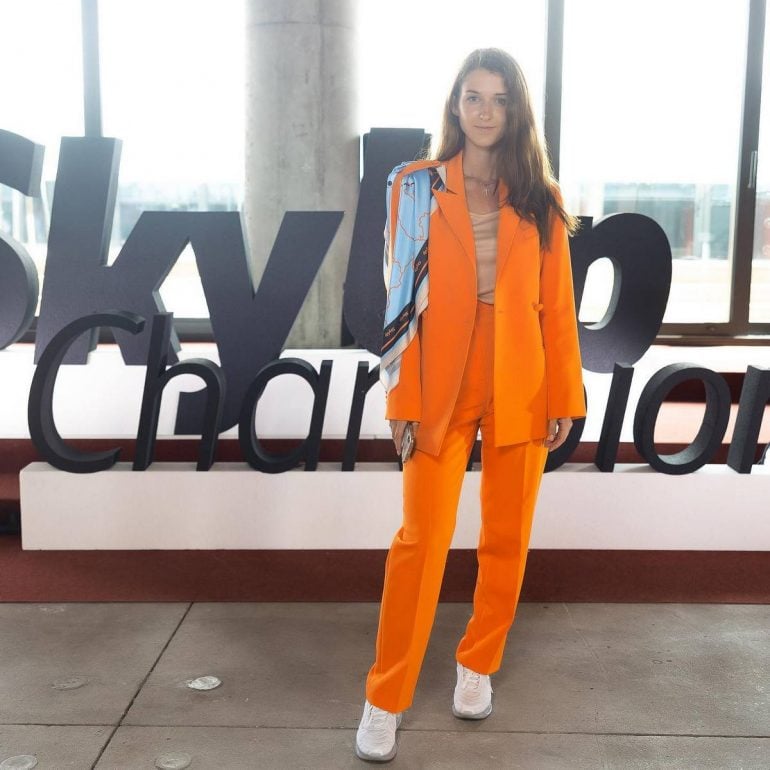 Ukrainian fashion brand GUDU is responsible for the cool champions outfit. To add some sass to the loose-fitting tangerine two-piece suit, flight attendants will be given the option to wear a light trench coat or a silk handkerchief. While make-up continues to be mandatory, (a fight for another day perhaps), flight attendants will now have a wider range of choices of hairstyles to wear with their uniforms. Whether this change is aimed at only making the flight attendants more comfortable or also to curb the problem of objectification of flight attendants, either way, it’s a win-win. 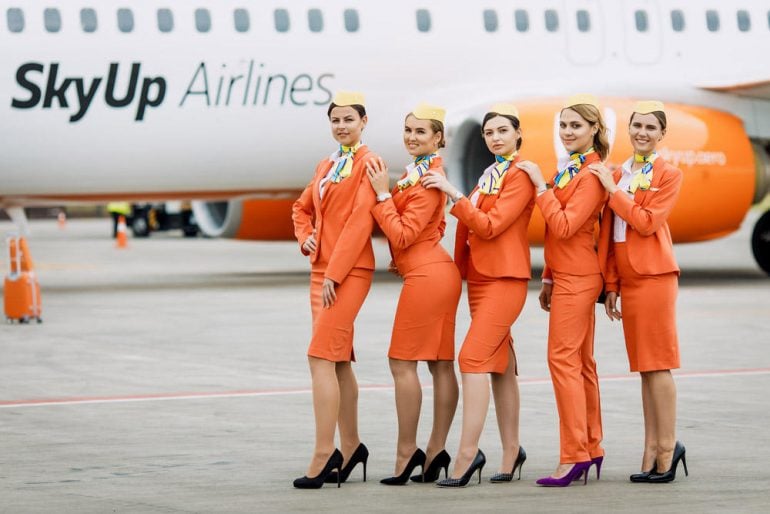 SkyUp introduced a new make-up palette of blue and orange reflecting the color of the sky during sunrise and sunset. Marianna Grigorash, Head of SkyUp Airlines Marketing Department, stated, “Times have changed, women have changed, so in contrast to the conservative classics, heels, red lipstick, and a bun, a new, more modern and comfortable image of a ‘champion’ has appeared. Freedom, natural beauty, individuality, no patterns, and sneakers in which everyone ‘would like to fly.” 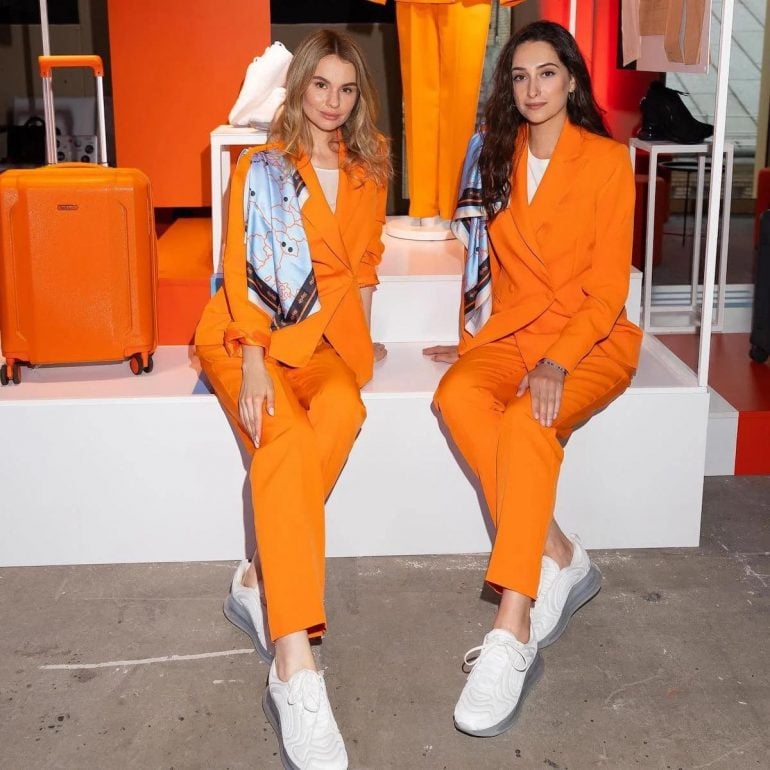 SkyUp said on their Facebook page, “Professional flight attendants first appeared almost 100 years ago. During this period, a lot has changed, and most importantly, women have changed. [The transformation] requires a new vision of the profession and revolutionary changes. Now, we are initiating these changes.” The new SkyUp Champions uniform will make its debut in the fall of 2021. 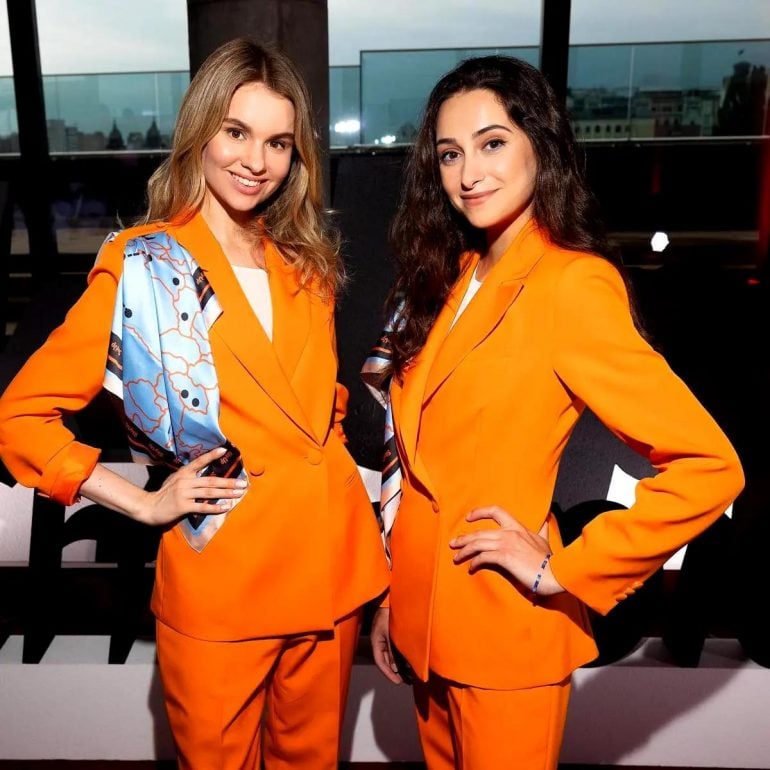 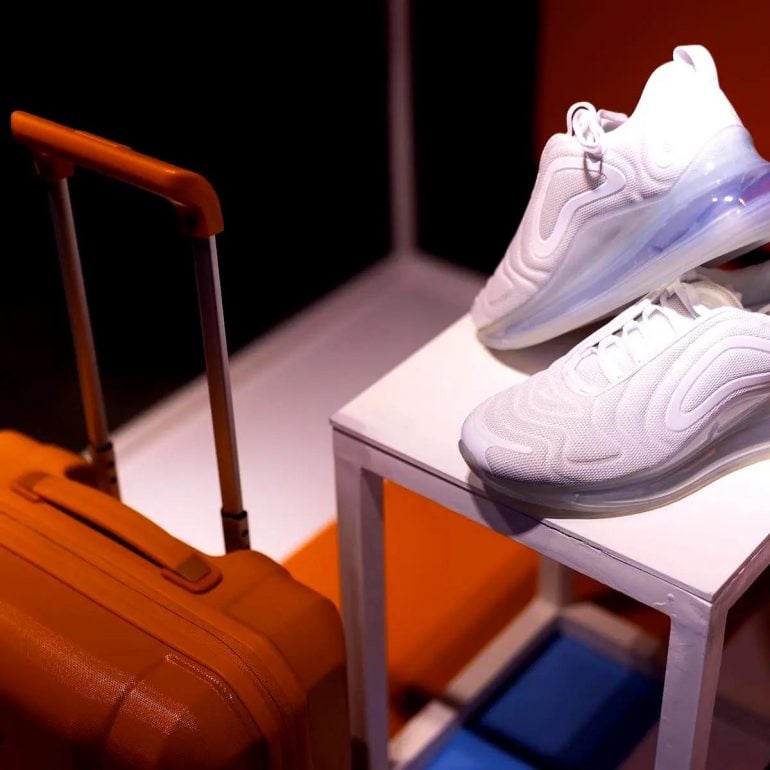 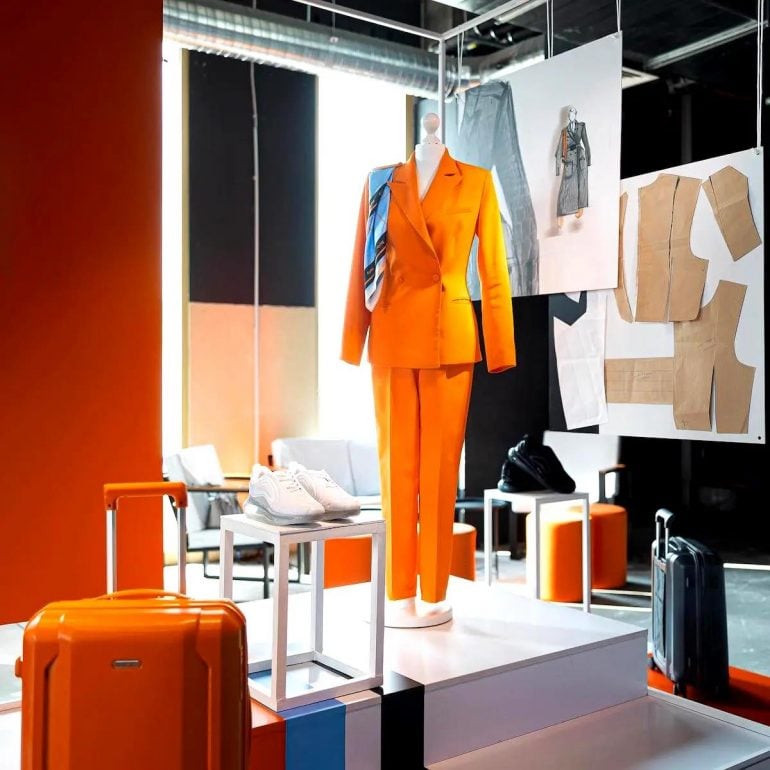