Sustainable fashion (more like Sustainable everything!) is the need of the hour! And in catering to it, we have luxury fashion house – Bottega Veneta create a new benchmark in footwear styling. At the recently held Autumn Winter 2020 show at Milan Fashion Week, the marquee unveiled boots made out of 100% bio-degradable solids. Yes, that’s right! 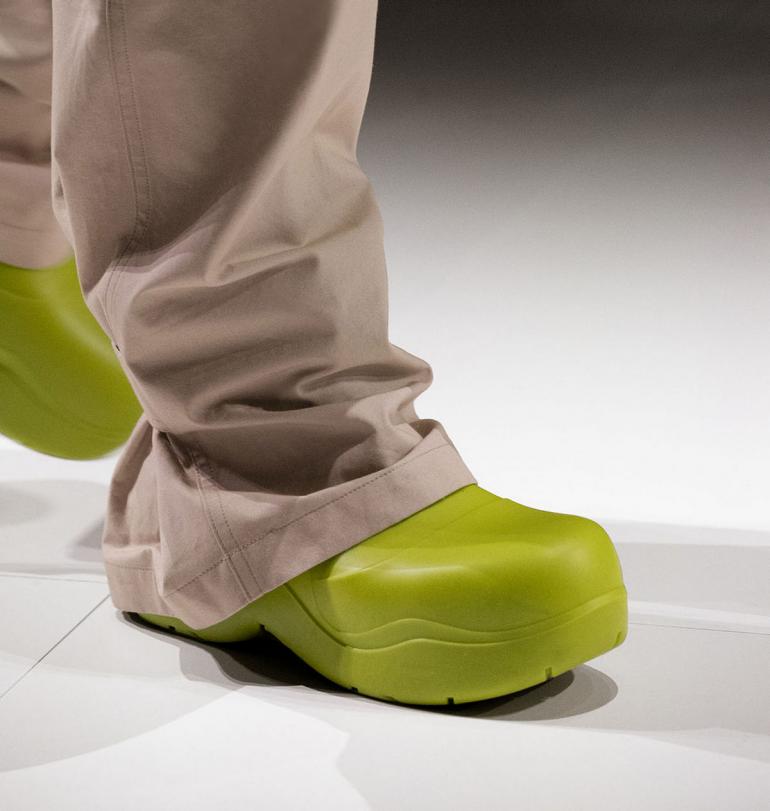 The chunky boots, a cross of clogs and wellies were flaunted by both male and female models in a surprisingly grand array of colors. One of the models wore a nude iteration of the boots with a knee-length vest and a matching turtleneck and black pants while another showcased a bold hot pink version paired with a matching sequin dress. 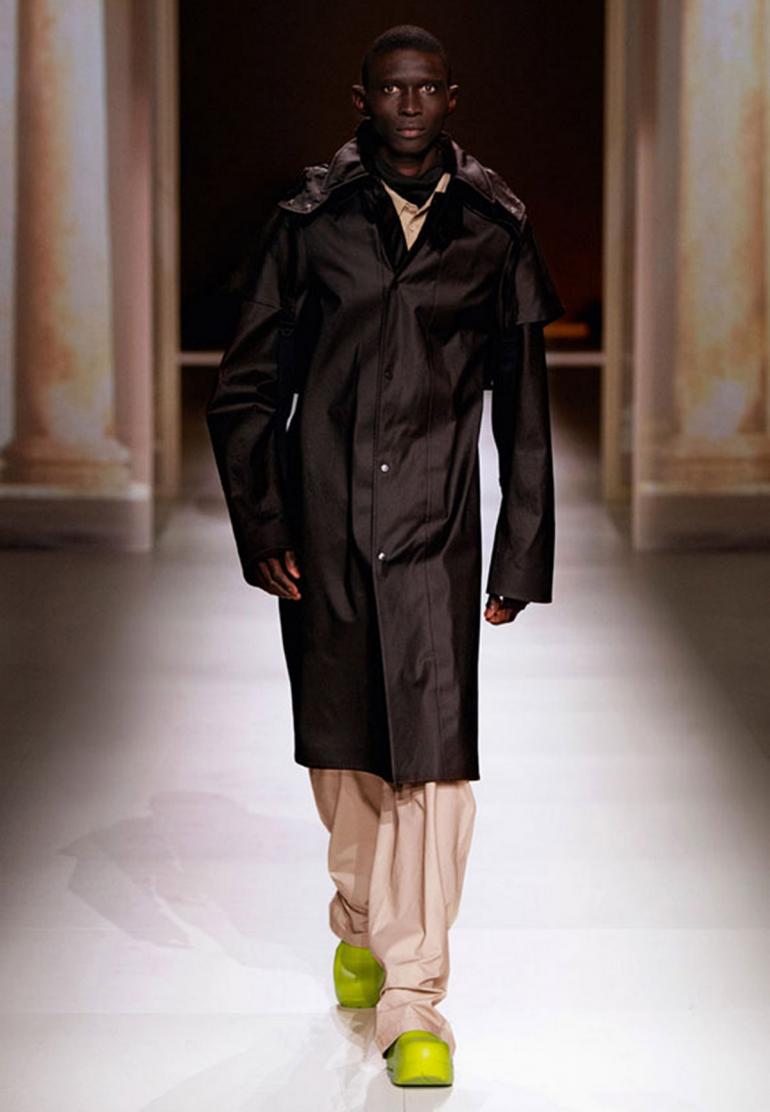 The unisex footwear is made using sugarcane and coffee and is 100% biodegradable. Commenting on it, the brand in a statement said, “The rubber is made with natural molecules including ones derived from sugarcane and coffee, rather than with synthetic chemicals,” while further adding, “That means they will biodegrade within a year once placed underground, or in a controlled environment under specific lighting and humidity conditions alongside the presence of microorganisms.” 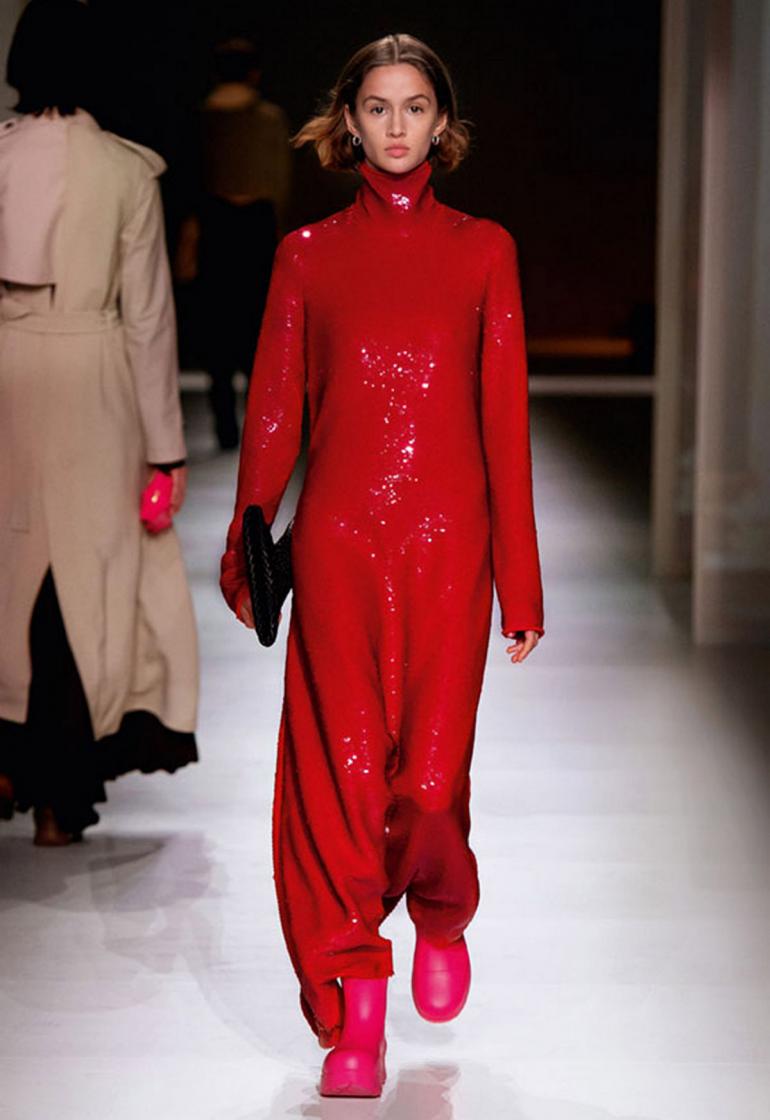 Although the collection still featured leather pieces, including Western boots and tasseled pouches, the introduction of biodegradable footwear on the runway was a rather bold and applaudable move on Bottega’s part. It will be interesting to see how many takers the footwear garners in the time to come! 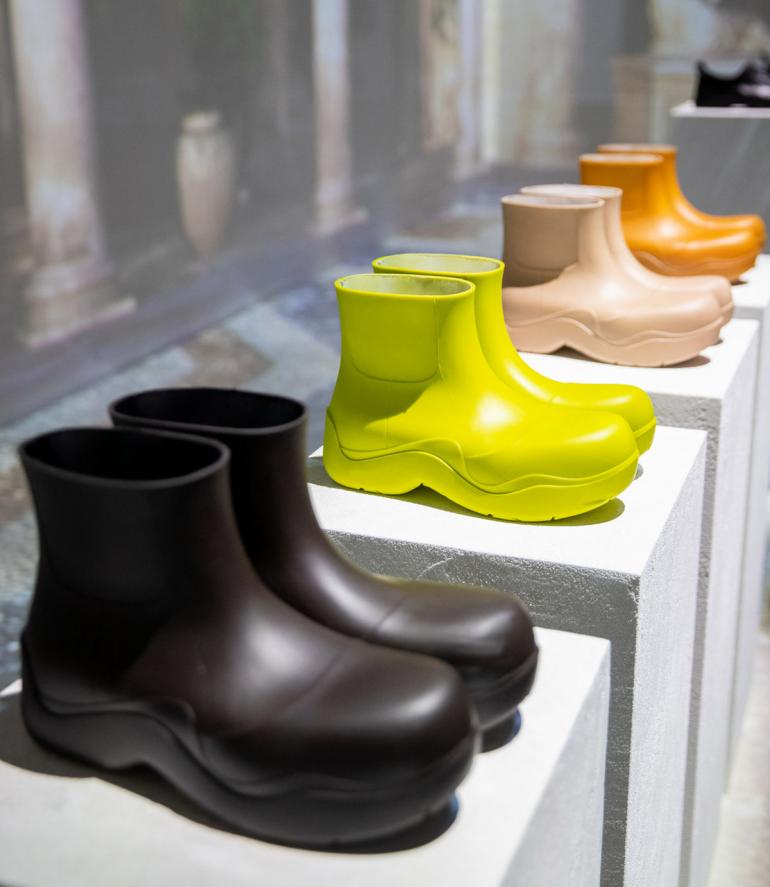 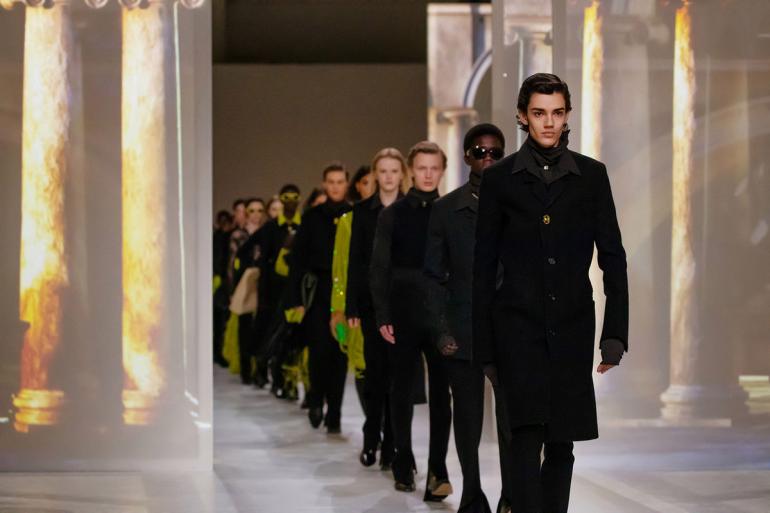 Tags from the story
Boots, Bottega-Veneta