Every year around the holiday season, we are flooded with quirky yet intriguing gift items. Some are good enough to catch our attention, and others are just rubbish. Gifting items bearing labels of top-end marquees are in high demand during this part of the year and sell like hotcakes despite their astronomical pricing. Here’s one item from the list that comes with a Bugatti branding and costs even more than some of the best supercars in the world. It might surprise you that the item we’re talking about is just a belt buckle. Priced at 75,000 Swiss francs, or nearly $84,000 at current exchange rates, the Bugatti belt buckle costs more than the 2014 Chevy Corvette Stingray and 2015 Ford Mustang combined. But it still costs lesser than the Bugatti labeled hookah that is priced at $100,000.

The Bugatti belt buckle is made by a Geneva-based boutique run by Roland Iten, who uses Swiss watch-making equipment to craft exquisite belt buckles. The belt buckles made by the Swiss boutique are some of the most complicated in the world. They are mechanically adjustable to allow for a precise fit around the waistline, unlike normal buckles that use the notches on a belt. Listed on his website, Roland Iten designed three different versions of his Calibre R22 Mark I Bugatti Edition belt buckles, with the total number limited to 44. Crafted out of precious materials, the buckle has mechanical 100 parts with 18k rose gold accents and titanium and steel. Smoked sapphire crystals on the front of the belt buckle give a peek inside it and all its mechanical bits. Roland has made only 11 each for the first series, which is in white gold, and the second series, which is in rose gold. For every Veyron Bugatti makes, the company almost loses $2 million, and the $84,000 belt buckle might earn back a little. 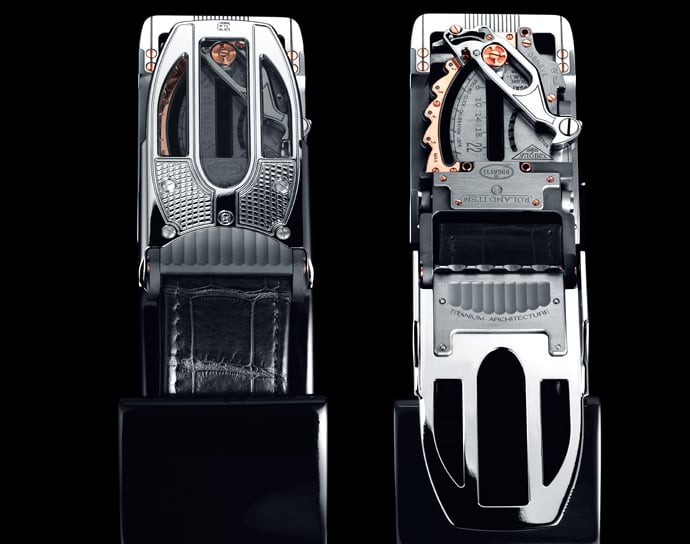 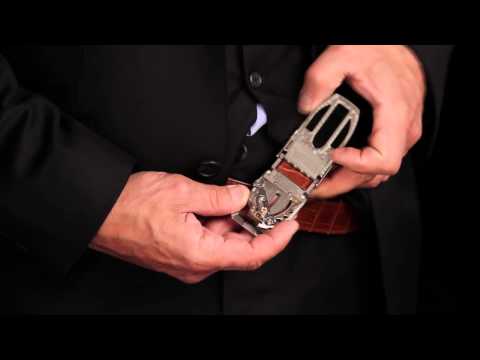