Burlesque goddess Dita Von Teese has worked with footwear and accessories designer Christian Louboutin to custom create a line of shoes for her Crazy Horse Paris stage in “Dita’s Crazy Show. Seven pairs of shoes were created specifically for the show’s five original acts. The shoes were created with utmost attention to the show and stage with every aspect from the layout of the stage to the lighting taken into account. The shoes will also feature in Dita’s acclaimed “Strip, Strip, Hooray!” show which will be performed in five US locations before heading down under to Australia. 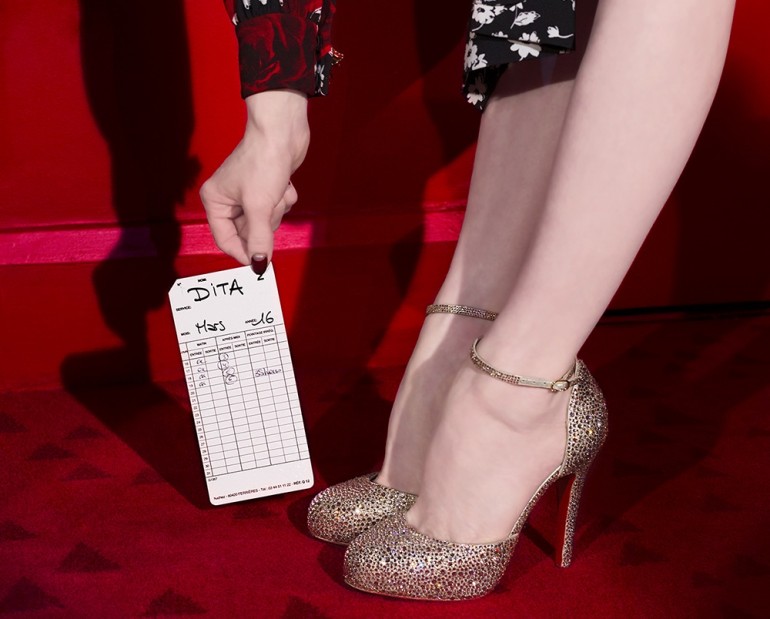 For Dita’s show the Cat Woman 120 was modified with a thin ankle strap specifically to show up on a tableau-style projection. The strass on the shoe imitates the silk of Dita’s Zuhair Murad gown. 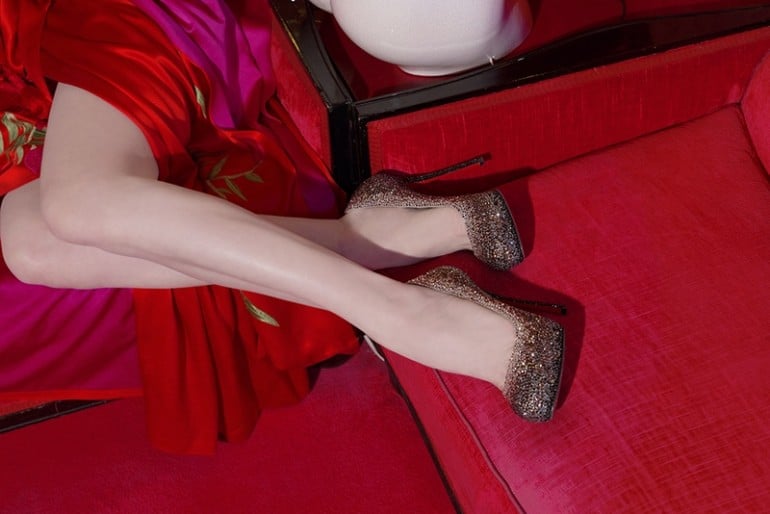 The Merci Allen from the A/W 15 collection was given a dégradé pattern to match the strass embroidery on her dress. 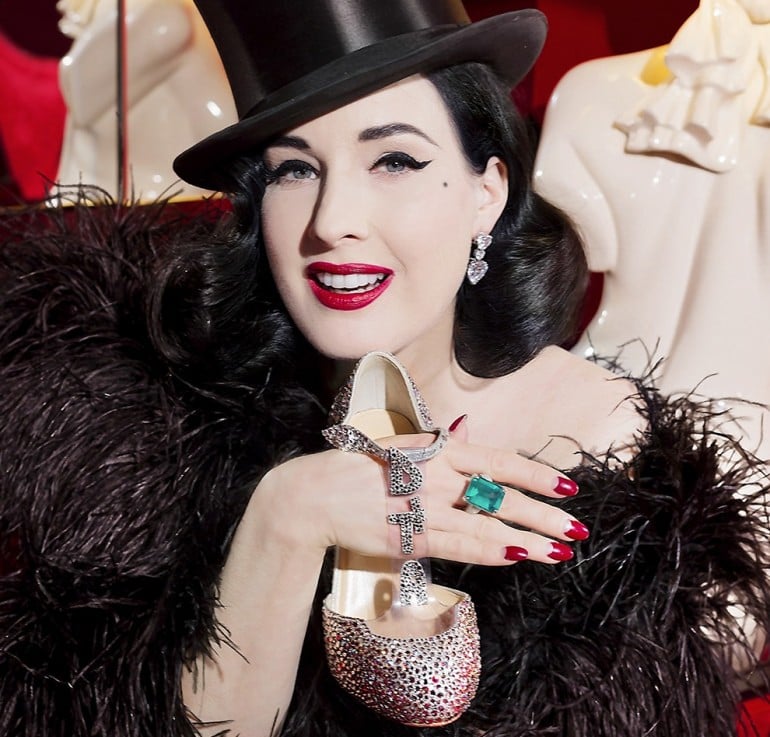 An Italian made dancing shoe, this design features Dita’s name in crystals on a PVC strap. It features a thicker heel allowing for easy movement. 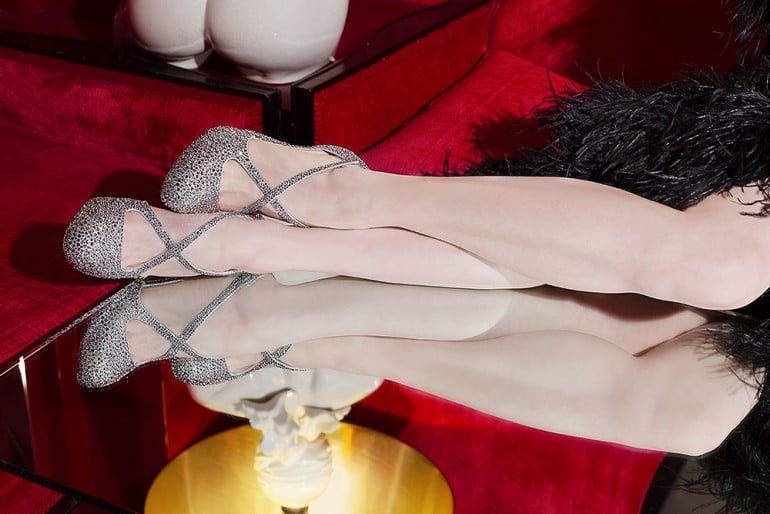 Dita’s favourite shoe, the criss-cross Vagalami, was given an all-over silver strass makeover to match another one of her dazzling gowns. 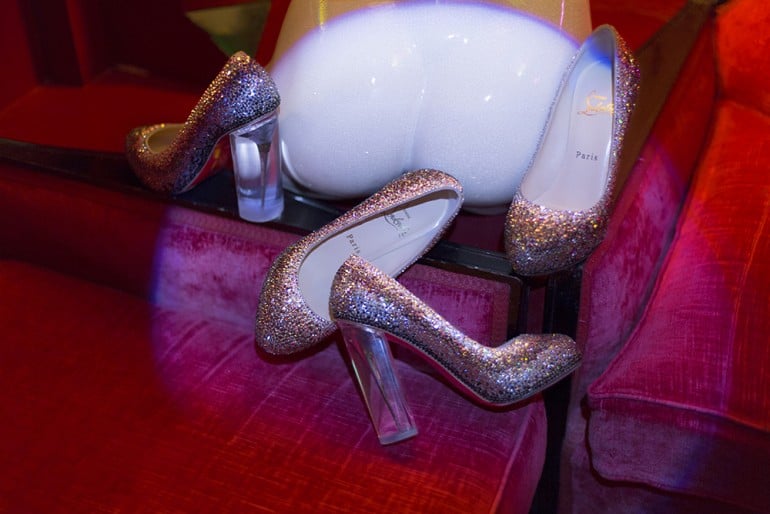 This final round toed dégradé strass, pair features a spike inside a thick PVC heel. But when the stage lights hit the shoes, the PVC is nearly invisible giving the illusion that Dita is dancing on spikes!

Tags from the story
Christian-Louboutin, Heels