It’s going to be a floral Spring Summer, over at the Louboutin maison! And by definition, at many others! But before doppelganger fever hits, let us walk you through their fashion garden with a first look at Christian Louboutin’s creative collaboration with the photographer Peter Lippmann.

“Inspired by the floral works of impressionists including Monet and Van Gogh, Lippmann cleverly orchestrates a symphony of masterpieces from the past and present.” For the loub-loving fashionista, all that romantic mumbo jumbo translates to art inspired shoes and handbags for next season! But getting back to Lippmann. Often, in fashion, photos can’t begin to reveal half the charm of the average red-lacquered sole, let alone an entire design by Monsieur Louboutin. Not this time though, no. As you can see, portraits burst with whimsy, while accessories rest within the former’s colorful composition. 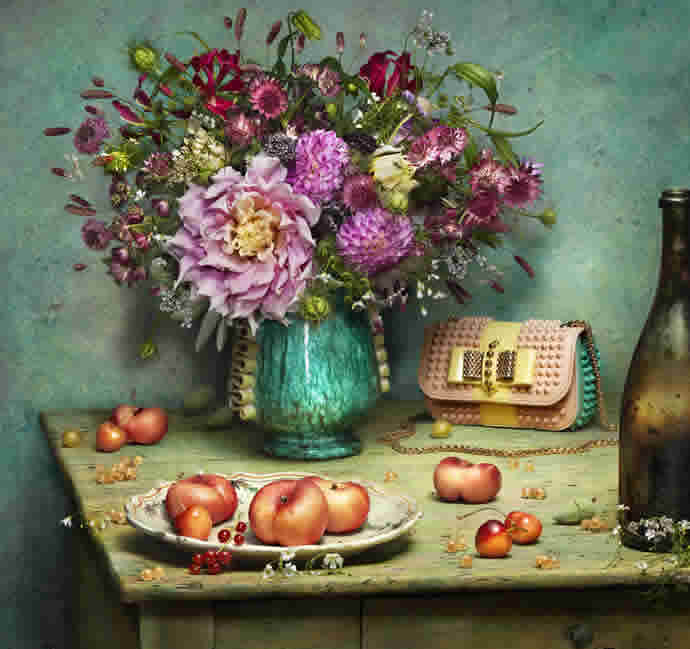 As for the composition that lies within the accessories, lets just say it draws from the brand’s heritage tremendously. The collection introduces the Apostrophe and the Bat Pump. The former, a pointed toe sling-back pump, is presented in this season’s deep cyclamen pink and anis suede and features an extended cut sole, thus, giving it its punctuation referring name. While the latter by contrast, draws attention to a squared toe through its asymmetrical cut and comes in patent neptune blue and muted poudre pink. Much like their respective portraits, the pastel hues of each celebrate the warmth of the season to come. 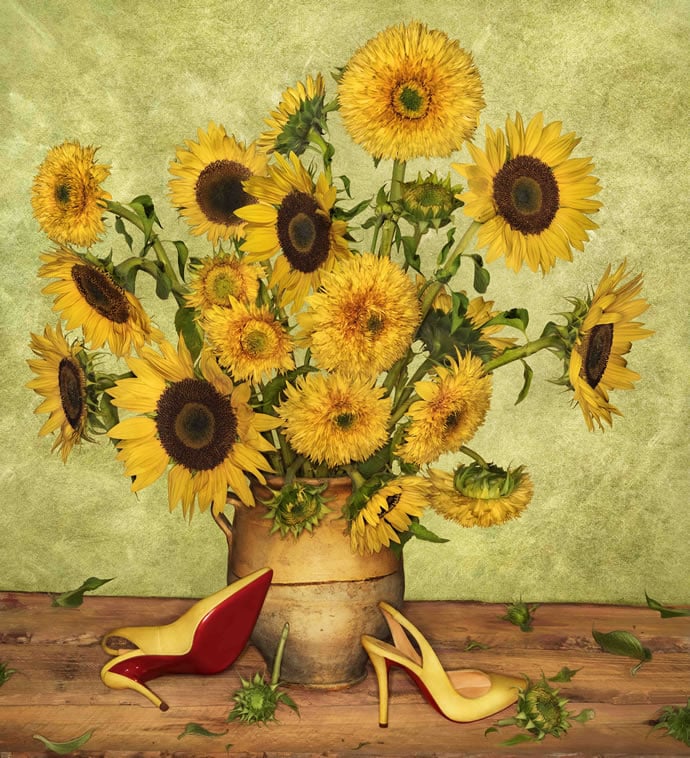 As for the Amazona boot, it has an unconventional design and hand stitched finishing to boot. The Laurence Anyway dons two avatars, with its sharp cut leather straps in black matte and laminated silver leather. The Sweet Charity handbag makes a comeback for next season, with an extended front flap and added structure. A multitude of its color-blocked variations present themselves in chic beige, graphic white and black besides a delicate multi-color pastel version. Its unmistakable PVC sibling, the Aqua Ronda sandal surprises in aquamarine with red patent accents and white matte leather trim. 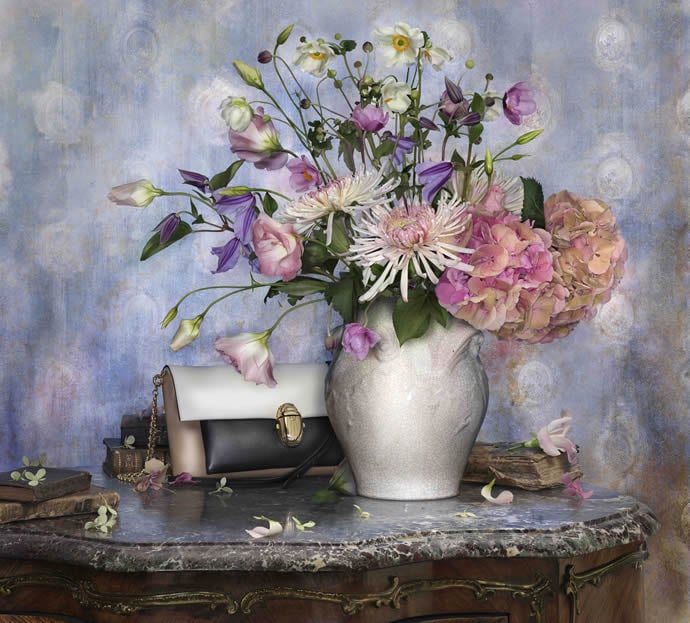 Elsewhere the Miss Rigidaine delights in a smoked grey and pink pastel PVC with matte and patent leather pairing. The point-toe d’Orsay offers a striking contrast unlike any other, unless you count the form of the Academicus and Academia, which boast gold hand-embroidery artfully employed on a black suede flat. Their more casual flat friend, the men’s Papi Hugo and women’s Galia espadrille display lively Hawaiian origins. Their Hawaiian inspired fabric can also be found on few handbags in a distinguished bold and ornate floral print.

Moving on to some other introductions for men. Read: “tressé”. The pattern can be seen on the classic lace up Alfred, the high top Rantus sneaker and the Dada tasseled loafer. Leather weaves yellow and red tones into these creations, which, juxtaposed against black and white create a brilliant graphic pattern. Then there is the novel loafer, the unisex Espachic, which presents brightly colored jewel tones of corazon and green satin in a unique combination, against a natural rope sole. The Spring Summer collection is available now, through March 2014.

Tags from the story
Christian-Louboutin