For years now, Street Fighter has kept your eyes and hands engaged in endless video game sessions (Capcom’s popular Street Fighter was introduced in 1987). This year things are changing, and Street Fighter will engage your olfactory system. Coty has launched the latest extension of Davidoff’s Cool Water range, Street Fighter V: Champion Edition. The Cool Water perfume, sold as separate men’s and women’s fragrances, is a tie-in for Street Fighter V: Champion Edition, which launched in February last year, but the pandemic, affected the release date causing a 14-month delay. The fragrances are designed by Takasago Perfumer Jérôme di Marino and feature pop culture icons Ryu and Chun-Li, as this year’s Cool Water faces. The men’s fragrance opens with green mandarin, fused with black pepper and guaiac wood. The woman’s fragrance is a citrusy, floral fragrance that offers notes of mandarin and pear with tuberose.


The limited-edition fragrances for both men and women are available now in travel retail in Europe and the Asia Pacific in a 125ml bottle for men and a 100ml bottle for women for a recommended retail price of $54. 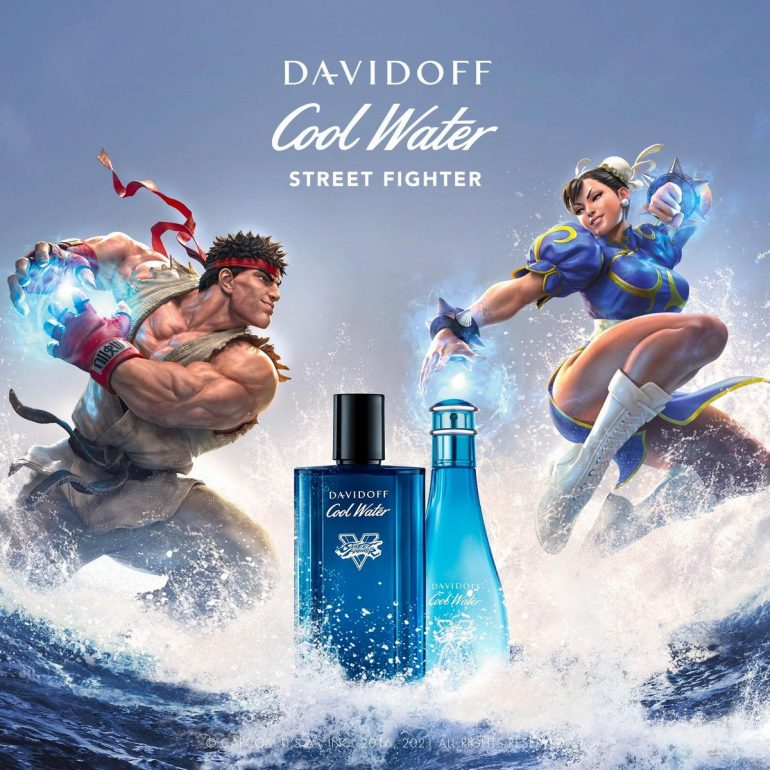 Tags from the story
Limited-Edition, Perfumes