“When I was a little girl, I did not really know what I wanted to do, but I knew the kind of woman I wanted to be.” That is just one snippet of the conversation that took place between W editor-in-chief Stefano Tonchi and Diane Von Furstenberg or the woman behind the “wrap dress”. While all banter from such a design great is always music to the ears (jazz in my case), the cause for this sit down was to properly kick off the North American leg of her globetrotting exhibit, Journey of Dress, THE dress that let other women be what they wanted to be, all thanks to DVF. 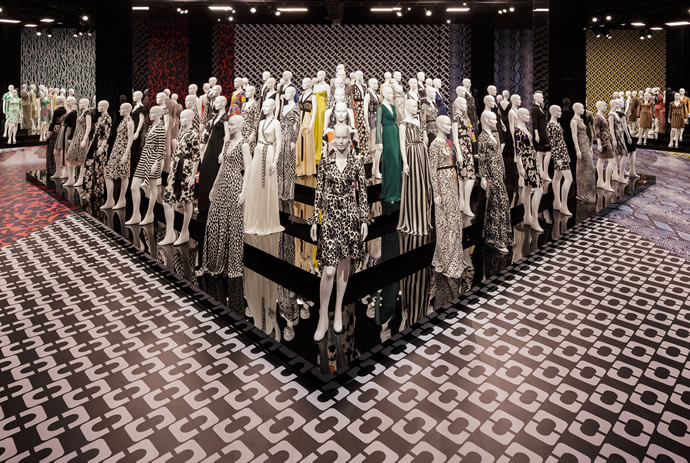 Completing forty famous years, the wrap dress may well be called an icon in itself, one currently being honored for its illustrious time with an artistic retrospective in Los Angeles on view through April 1. For those wishing for more details, a Wilshire Boulevard warehouse underwent a transformation, not unlike the kind women undergo in a DVF wrap dress. Located just outside the campus of the County Museum of Art Los Angeles, it is now the serendipitous, high-ceilinged setting of a much sought-after exhibit. How do I know this? 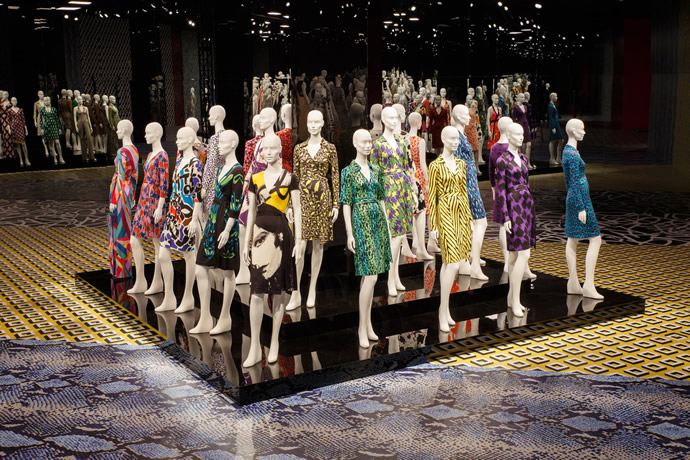 From the stream of A-listers that made an appearance at its inauguration! Everyone from Paris Hilton to Robin Wright, through Gwyneth Paltrow, Demi Moore, Anna Wintour, Rooney Mara, Ashley Olsen and Bella Thorne came to show their support for Von Furstenberg, who is presenting a collection of commemorative fashion and an exhibition of works of art related to DVF. Think bubblegum-pink entrance teeming with a timeline of photos, ads, magazine covers and famous faces such as Madonna, Amy Winehouse and Michelle Obama wearing the wrap, to a room dedicated solely to artwork, filled with portraits and paintings of the designer by Andy Warhol, Barbara Kruger, Chuck Close, Helmut Newton, Annie Leibovitz and Francesco Clemente. 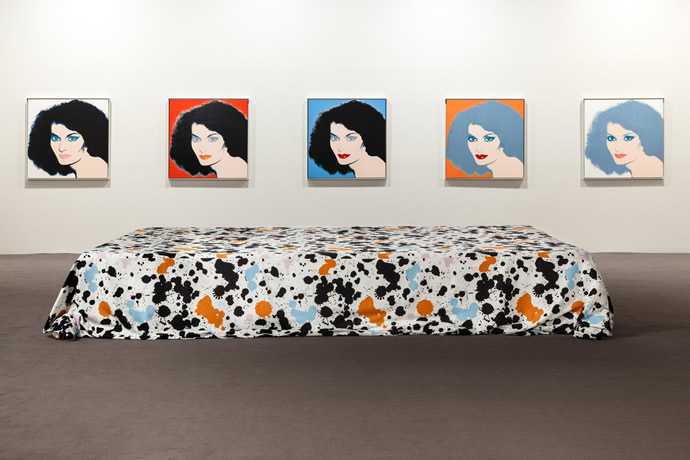 But the real highlight of the exhibit remains the vast room with its an expanse of mirrors reflecting the multitude of iconic prints within. A stunning, 200-strong army of custom made DVF-esque mannequins (read: strong cheekbones and a strong nose) stands in elegant attention displaying an array of wrap dresses culled from DVF’s personal archives, interlaced with more contemporary and limited-edition anniversary dresses. “I wanted to be glamorous, to be able to be independent, to pay for my bills – to have a man’s life in a woman’s body. It turned out that I became that woman thanks to the dress.” 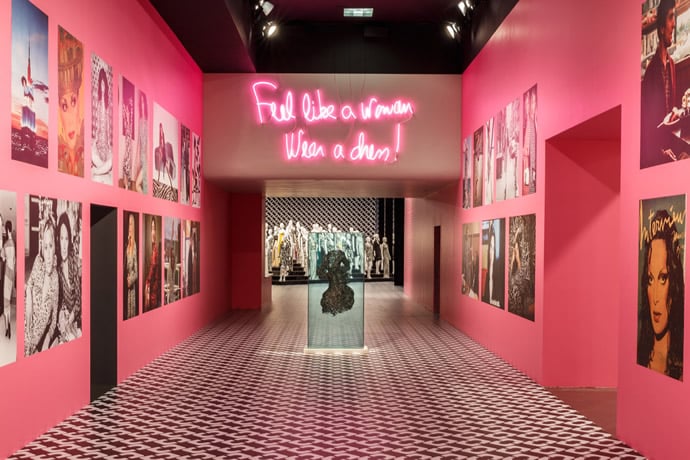 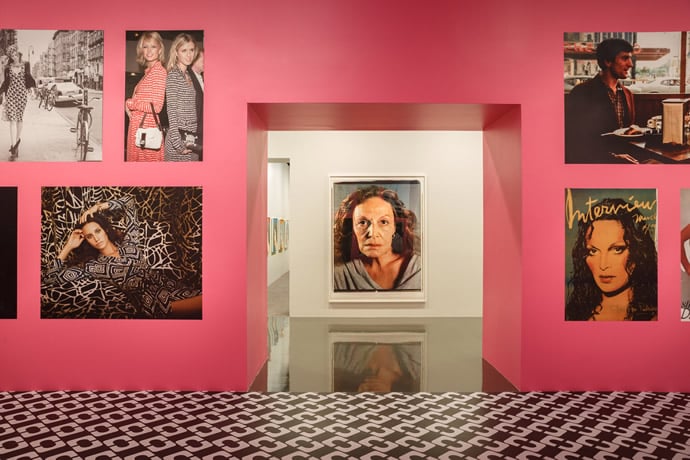 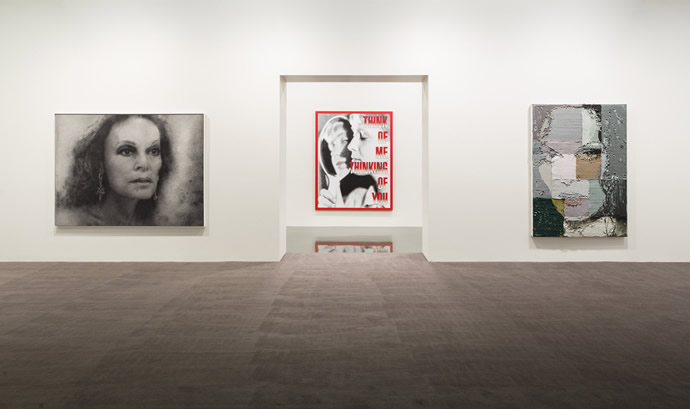 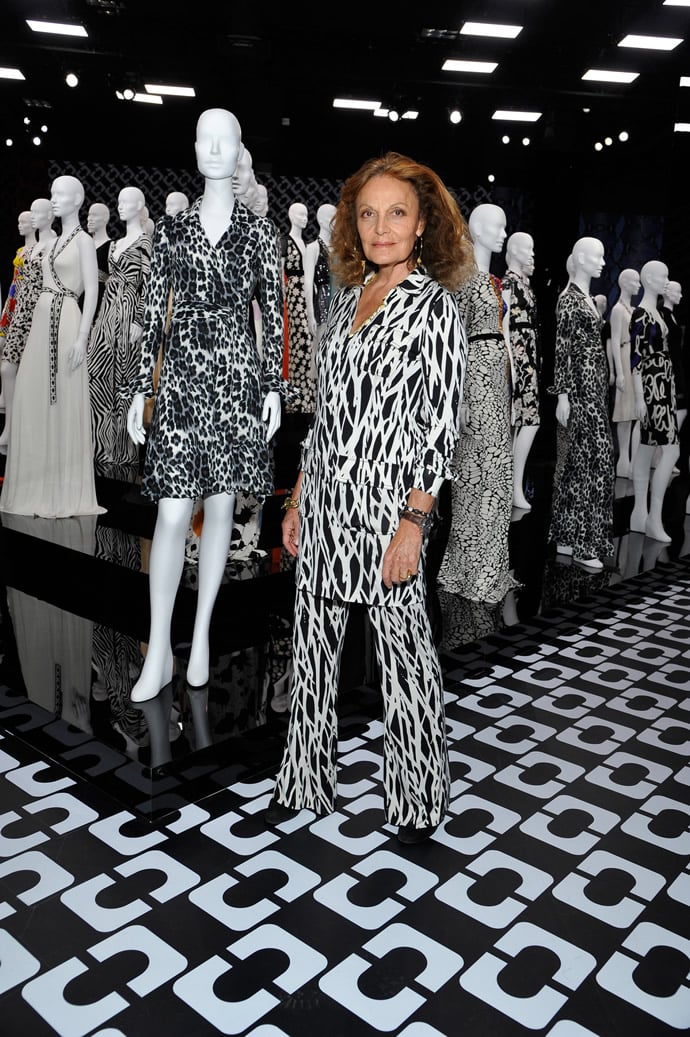 Tags from the story
Diane-Von-Furstenberg