Women move over; it’s now time for the boys (or shall we say men) to rock the Birkin! Shown at the Hermès Fall/Winter 2022 show at Paris Men’s Fashion Week, we’re talking about the first Birkin bag for males called ‘The Rock.’ 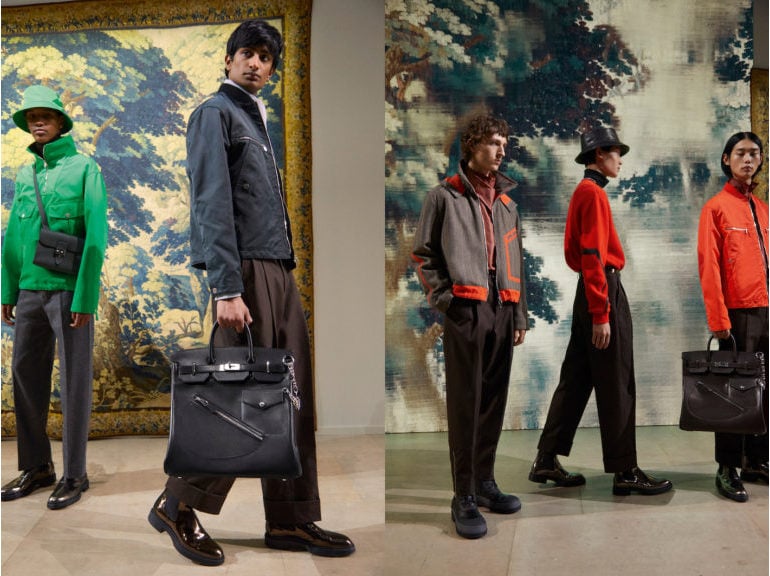 Boasting the signature flap, as well as the straps and hardware to secure its contents, ‘The Rock’ is quintessentially classy. In addition to the standard features, it comes with a keychain detail that connects the corner of the bag with a pocket, as well as another adjacent zipped pocket that is shaped like a saddle.

Further, the bag’s shape is changed to match that of the Haut à courroies bag or HAC (The very first Hermes handbag). It stands taller and wider than the regular Birkin and is designed using Evercalf leather with utilitarian detail. The Rock has already garnered much appreciation from fashion enthusiasts. Further, with celebrities such as Kanye West, Pharrell, and Virgil Abloh embracing the Birkin, it’s advent into the world of men’s fashion was certain.

A status symbol that is here to stay, ‘The Rock’ by Hermes, is available in only one style, with its exact price currently unknown. Either way, if suave and sophisticated is your style, this is one bag that you may consider buying!

Ironically, the most expensive yacht sold in 2022 was this 404 feet long superyacht that…

Professionally and personally, was 2022 the worst year for Elon Musk? The Tesla CEO set…

Even after a brutal crypto meltdown, Bitcoin outperformed Tesla stock in 2022