While Lanvin may have become official tailor of the Arsenal team last year, when it comes to football, nothing gets bigger than the FIFA World Cup. Right? Which is why, after raving over the monogrammed Louis Vuitton case for the trophy just recently, we’re now struck by the sharpness of the German team’s attire. I’m talking about the BOSS Made to Measure suits for the team’s official appearances, unveiled by Hugo Boss. 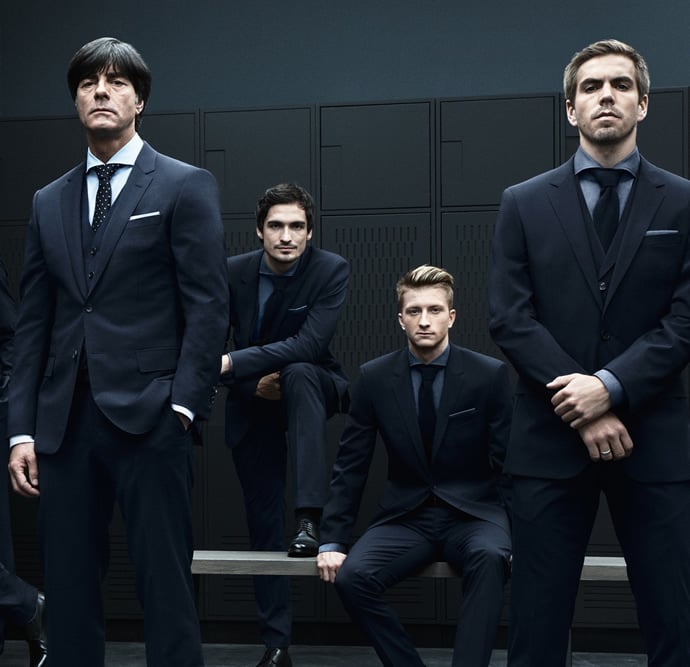 Having been the official supplier of ‘Die Mannschaft’ as the team is called, Hugo Boss was only obviously going to reprise its role. But what’s exciting to note is the German National Football team’s current position. The 3-time World Cup winner, as many would know, has progressed to the semi-finals. This only lends Hugo Boss’ latest fashion spread, featuring Captain Phillip Lahm among other players, an even more legendary status. 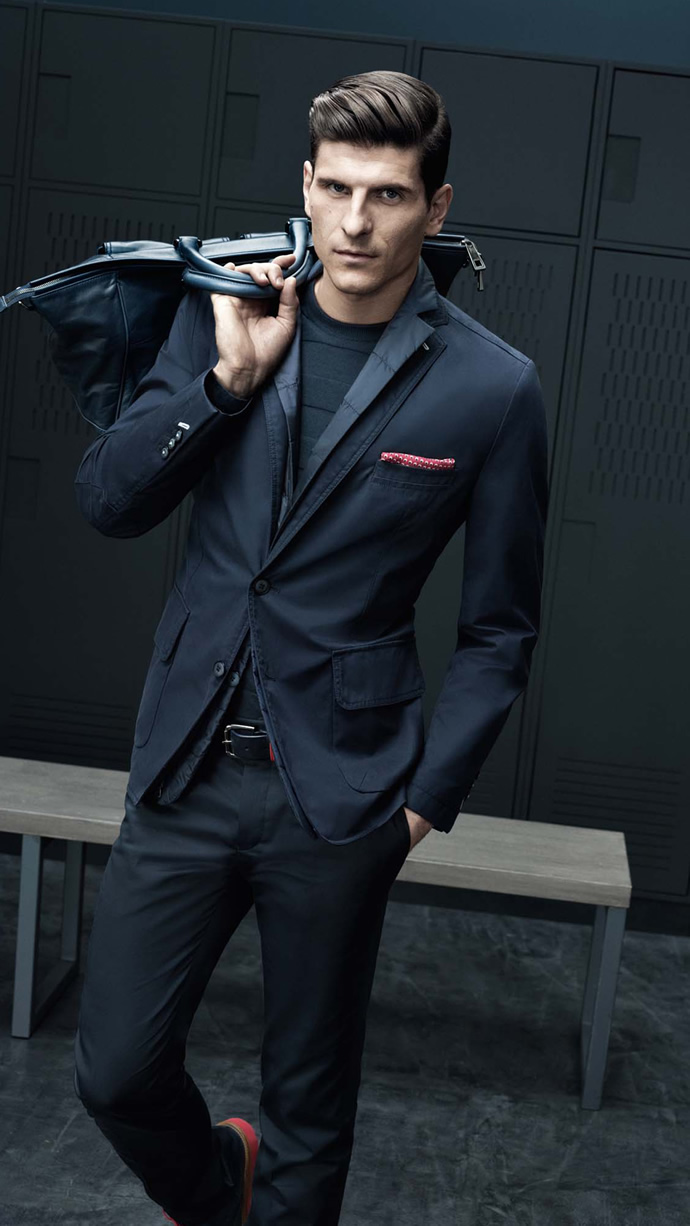 The spread also sees more relaxed looks such as the modern dark blue three-piece suit with a denim shirt, knitted tie and matching pocket-square seen above. Besides formal looks, casual wear including jacket-pants combinations, t-shirts and sweaters, as well as accessories like travel duffel bags and suit luggage carriers have been created by the German fashion house for the footballers. After so much going on off field, one can only hope for a whole lot more of on-field action from Mannschaft.