This is classic! The French have unveiled their Summer Olympic fashion, in a fun, spirited and carefree, yet controlled style. Lacoste has been assigned this magnanimous task, which has been done with pure passion and commitment – but looks as effortless and feather-light as a ball of cotton floating in the cool air of spring. The brand has history related to sports, and only seemed the natural choice for this endeavour. Lacoste was founded in 1933 by tennis player and inventor René Lacoste, who also won a medal in the 1924 Olympic. The collection, defined as ‘French-style elegance and chic’ consists of four silhouettes, designed by creative director of the brand Felipe Oliveira Baptista. The French colours are honoured – white, blue and red, and in apparel that lets you breath (Ms McCartney, you listening?). The silhouettes include one for the opening ceremony, one for the closing ceremony and two variations to be worn inside the Olympic Village. The collection also features Lacoste’s crocodile, and the French Olympic mascot, a rooster.

To cheer for their team and support its participation, a song has also been made that is gaining a lot of praise. “Support with Style” is created by French advertising agency BETC and BETC Pop under the guidance of choreographers/directors duo called ‘I could never be a dancer’. 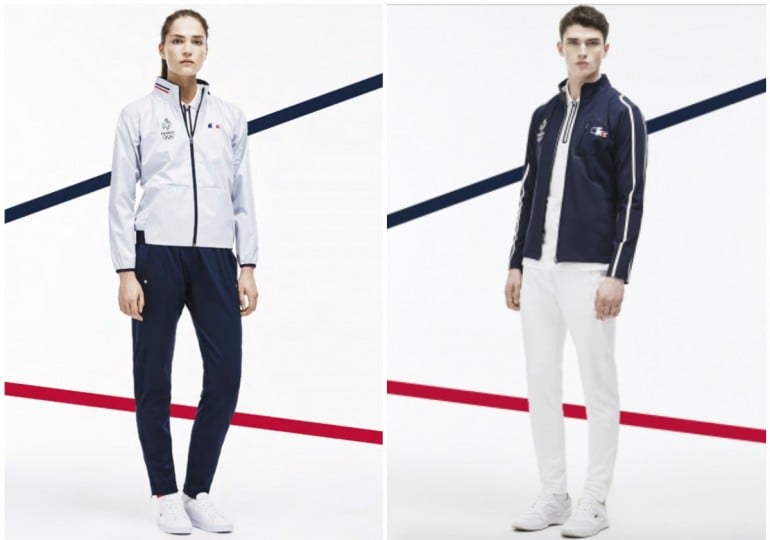 Rio de Janeiro is going to be blooming with fashion parades this season. Stella McCartney for Great Britain, Polo Ralph Lauren for the United states, Geiorgio Armani for Italy, Canadian kit designed by Dean and Dan Caten of Dsquared2 and Hermès as Brazil’s saddler. The games are going to be under the microscope of style hawks, to see which designer was able to steer a country to win in… style. Less than 100 days, before we find out. 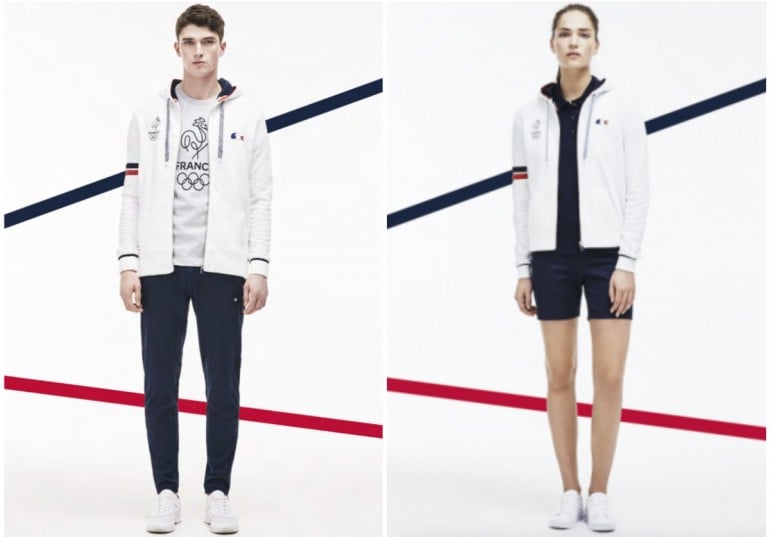 [ Via : Ohmyluxe ]
Tags from the story
Lacoste, Olympics