‘Brought to you by Louis Vuitton.’ While that one line can do wonders for any LV lover, the French fashion house is doing wonders of its own with new initiatives. In the latest attempt, Louis Vuitton highlights notable names from the fields of art, fashion, beauty, and nobility as “Timeless Muses.” And we aren’t talking handbag dedications but a contemporary art exhibit set up at The Tokyo Station Hotel to honor six stylish women. 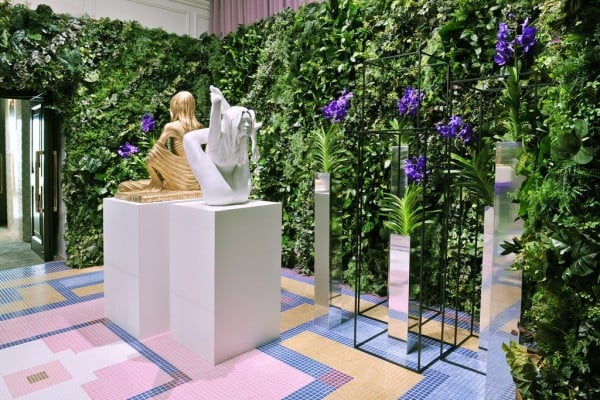 “Very often, we’ve let the props be the protagonists, but it should be the other way around. The protagonists are the women who are discovering, taking risks. So we wanted to get back to that. It’s about the women, not planes, trains, and automobiles,” said Michael Burke, Louis Vuitton’s chairman and chief executive officer of the exhibit. Empress Eugenie de Montijo, Catherine Deneuve, Kate Moss, Sofia Coppola, novelist Francoise Sagan and architect Charlotte Perriand feature in the fashion showcase that uses state-of-the-art video mapping, photography, and installations. What’s more, most of it is to be viewed through special Louis Vuitton masquerade masks. 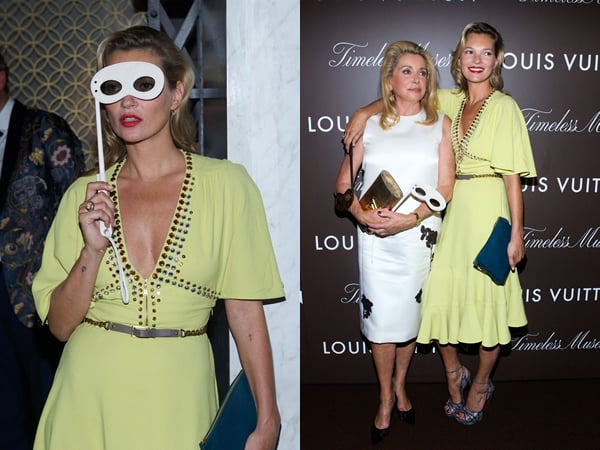 The luxury label hosted a party in Tokyo before the unveiling of the eclectic showing where Deneuve and Moss made brief stops, almost as if in a return of honor to the revered brand. Many have delighted in the display since, especially through the veiled refinement of the LV-monogrammed and Damier-print masks used to reveal video content on otherwise seemingly blank screens, and continue doing so until September 23. Personal items from each muse such as Deneuve’s own leather jewelry box, Sagan’s handwritten notes on her books, and two Marc Quinn sculptures inspired by Moss also sit at the exhibit that celebrates the reopening of the brand’s revamped flagship in the Matsuya department store.