If you’ve only ever wanted a simple (yet stylish) wedding affair à la Carrie in SATC: The Movie, this one is for you. Or, OR, if you’ve wanted that destination wedding on an exotic island, like, say, Koh Samui, this one’s for you too. Basically, Mara Hoffman has it all covered for every woman’s big day in her first-ever bridal collection that doles out craftsmanship enveloped in quiet dignity. Not to mention Koffman’s classic bathing suit revelry! 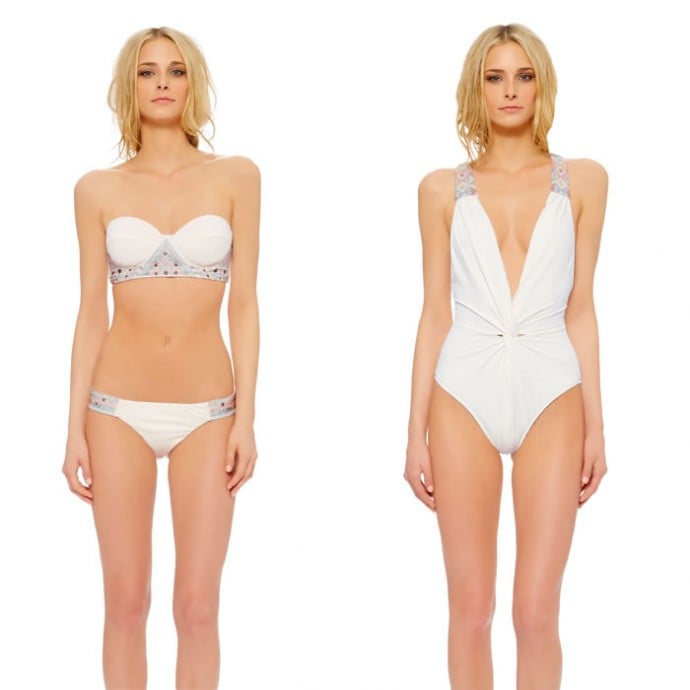 Yes, you read right. The designer doesn’t spare swimsuits, perhaps for the beach bum that won’t have it any other way, not on most occasions, especially not on her wedding day. Nylon and spandex in a bridal crisscross maillot or a bustier bikini bask in beautiful beading and embroidery. 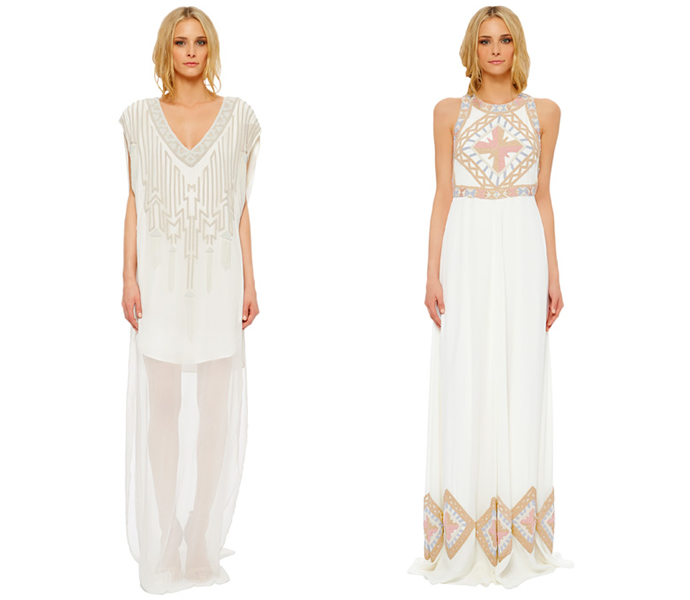 The nuances of her namesake label flow into Koffman’s bridal collection as if it were most natural for fantasy and mythology to follow her wherever she goes. As you will see from her latest line, they have followed her in her work named after Greek, Roman, and Hindu goddesses. 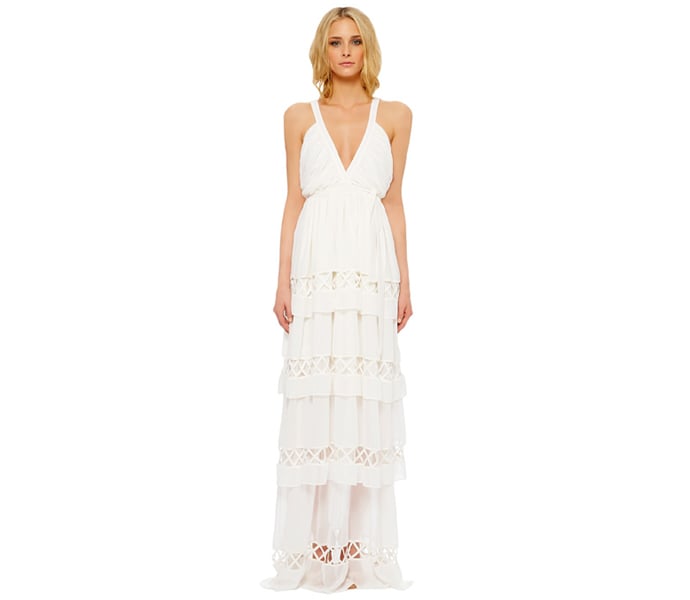 The designer created seven different looks channel an aesthetic that would be as at home in a formal affair as it would be “by the sea, barefoot in the desert or under a canopy in the forest.” Silvers and pale pinks feature in a big way alongside the traditional eggshell and ivory in gowns of georgettes and silk chiffon lattice. Pieces from this “Devotional Collection” are priced between $300 and $1,700 each.

Tags from the story
Fashion-Designers

Bottega Veneta doubles the fun with the Double Kalimero, a $10,500 bag that is split…